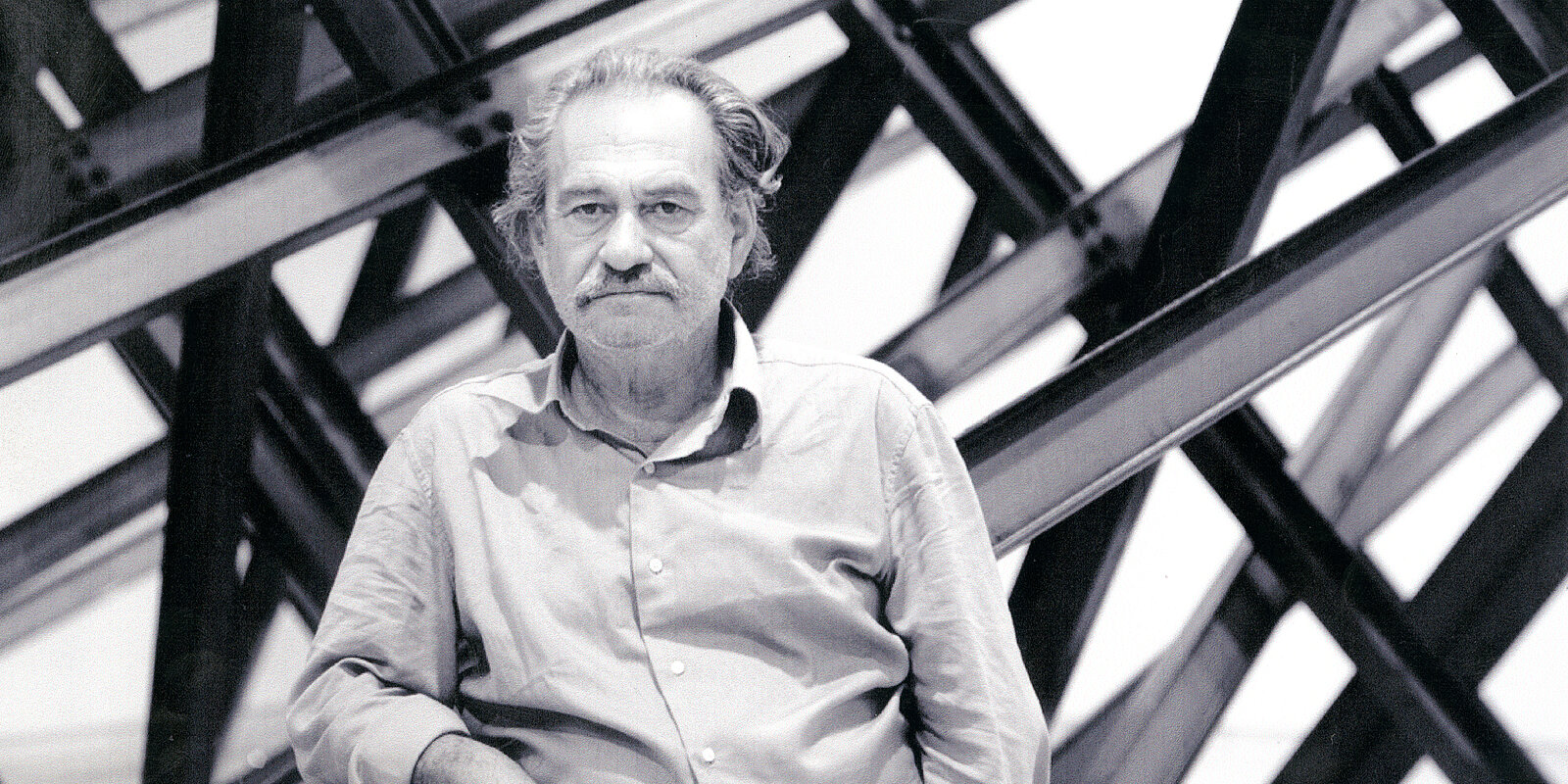 The work of Jannis Kounellis seems to openly defy the popular opinion about art, often leaving defined categories in its powerful wake. The diversity of his attempts to broaden the horizons of Expressionism contribute to the development of a genre which is, despite his well-known links to Arte Povera, clearly all his own. Typically, Kounellis makes use of materials which are alien to the field of arts in a classical sense. Raw elements like iron, gold and coal are combined with industrially produced objects. One finds that these unpredictable but simple materials have the ability to evoke sensations of temperature and touch, in addition to more complex connotations based on the viewers' personal experiences. The direct relationship between Kounellis' work and the surrounding space is a topic central to his installations.

Taking into consideration any pre-existing conditions, he allows the exhibition environment to be a part of the compositions. As for the work itself, by combining organic with industrial, permanent with transient, and light with heavy materials, Kounellis' creations are full of allusions which cannot be easily interpreted. Rather than offering pedantic narratives, he successfully creates impulses of thought for the observer. Thus, while walking through one of his thoughtfully-constructed exhibitions, one becomes gradually aware of the complexity of his references. Jannis Kounellis was born in 1936 in Piräus in the near of Athens, Greece. In 1956, he moved to Rome where he worked and lived until his death in 2017.

in cooperation with Marino Gallery,China

Group exhibitions
2021-22
Humans Nature Politics. Joseph Beuys in the Context of the Collection

2019-20
Entrare Nell'Opera: Enter Into The Work/Actions And Processes Of Arte Povera

2017-18
Life into Art: Post-Dada Works from the Collection

2012
The riches of Arte Povera

2011
4th Guangzhou Triennial - Back to Basics

The Museum Per Se, Guangdong, China