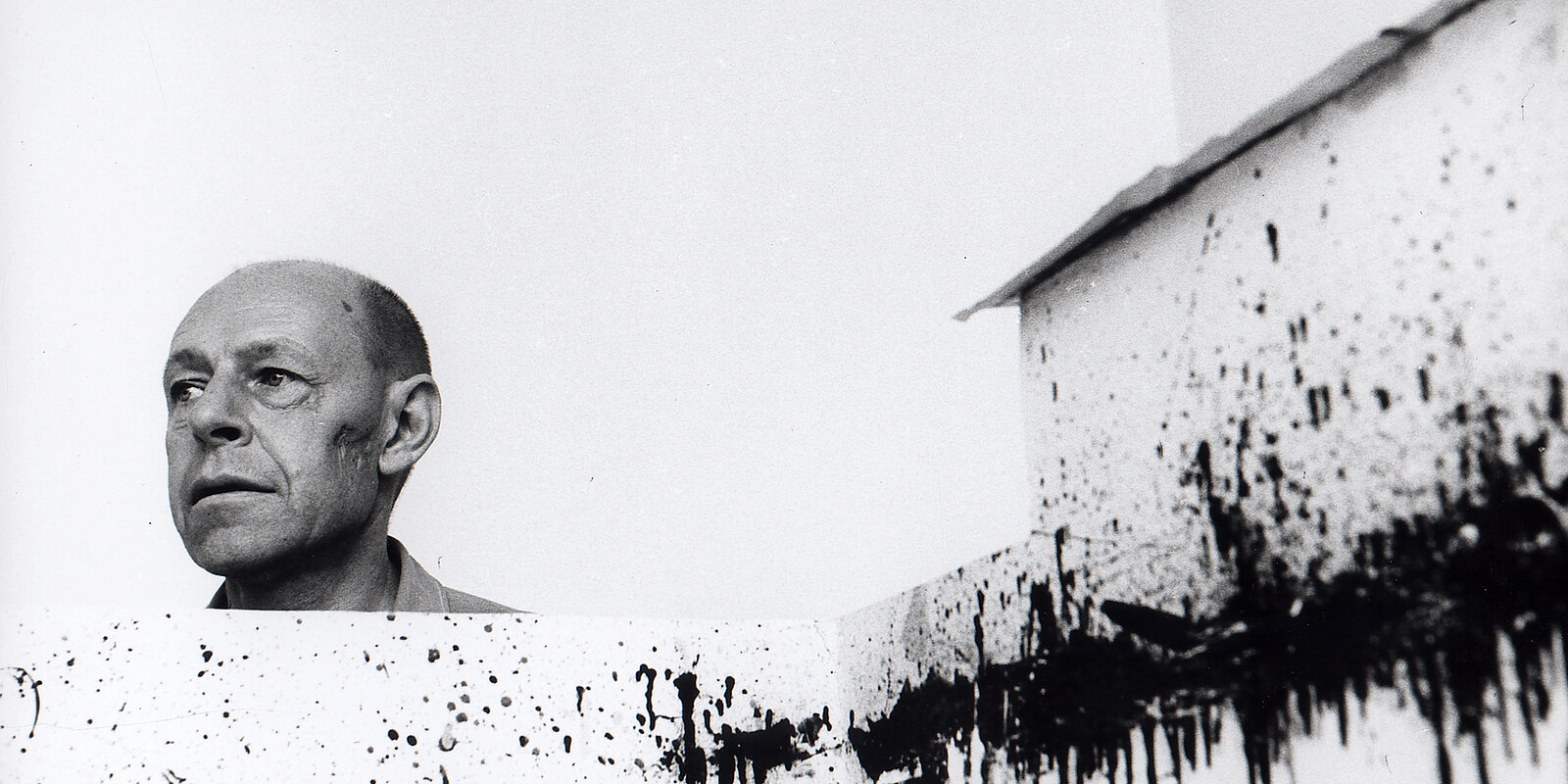 Born in 1901 in the French city of Le Havre, Jean Dubuffet displayed an interest in visual art early in life, travelling to Paris in 1918 with the intention of becoming a painter. Dubuffet attended painting classes at the Académie Julian for six months before abandoning his studies. In 1925, after a trip to Lausanne and the completion of his military service, he returned to Le Havre and began working as a wine merchant. It was not until 1942 that Dubuffet decided to devote himself completely to art. Strongly influenced by artworks produced by mentally ill children, which were raw, expressive and free from visual conventions, as well as by the lifestyles of primitive peoples, Dubuffet’s work followed in the footsteps of the Surrealists in their rejection of the aesthetic and moral values of Western culture. Jean Dubuffet achieved fame by defining Art Brut as an independent art form, which he described out in his letter to Charles Ladame in 1945: “Drawings, paintings, artworks of all kinds, produced by unknowns, by maniacs, artworks that were made by spontaneous impulses, that are animated by fantasy and madness and do not follow the old path of catalogued art”.

Over the course of time, Jean Dubuffet developed a theory of art based on these fundamental ideas that fed into his paintings and drawings. Dubuffet rejected traditional ideals of beauty and created artworks that were consciously anti-psychological and impersonal. At the same time he experimented with a broad range of materials, from oil paints mixed with sand to polystyrene. Within his lifetime, Jean Dubuffet’s nuanced and impressive oeuvre was featured in a retrospective exhibition in Paris, Hanover and Zurich, as well as being displayed in numerous other international exhibitions. Dubuffet’s work is included in many pre-eminent art collections worldwide, including in the Centre Georges Pompidou in Paris, in the Museum of Modern Art in New York, and in the Tate Gallery in London.  Jean Dubuffet died in Paris in 1985, having already founded the Fondation Jean Dubuffet in 1973, which continues to manage his estate to this day.

2017
Dubuffet in the Rijksmuseum Gardens

2014
Modernism from the National Gallery of Art: The Robert and Jane Meyerhoff Collection

2012-13
Masterpieces from the Berardo Collection