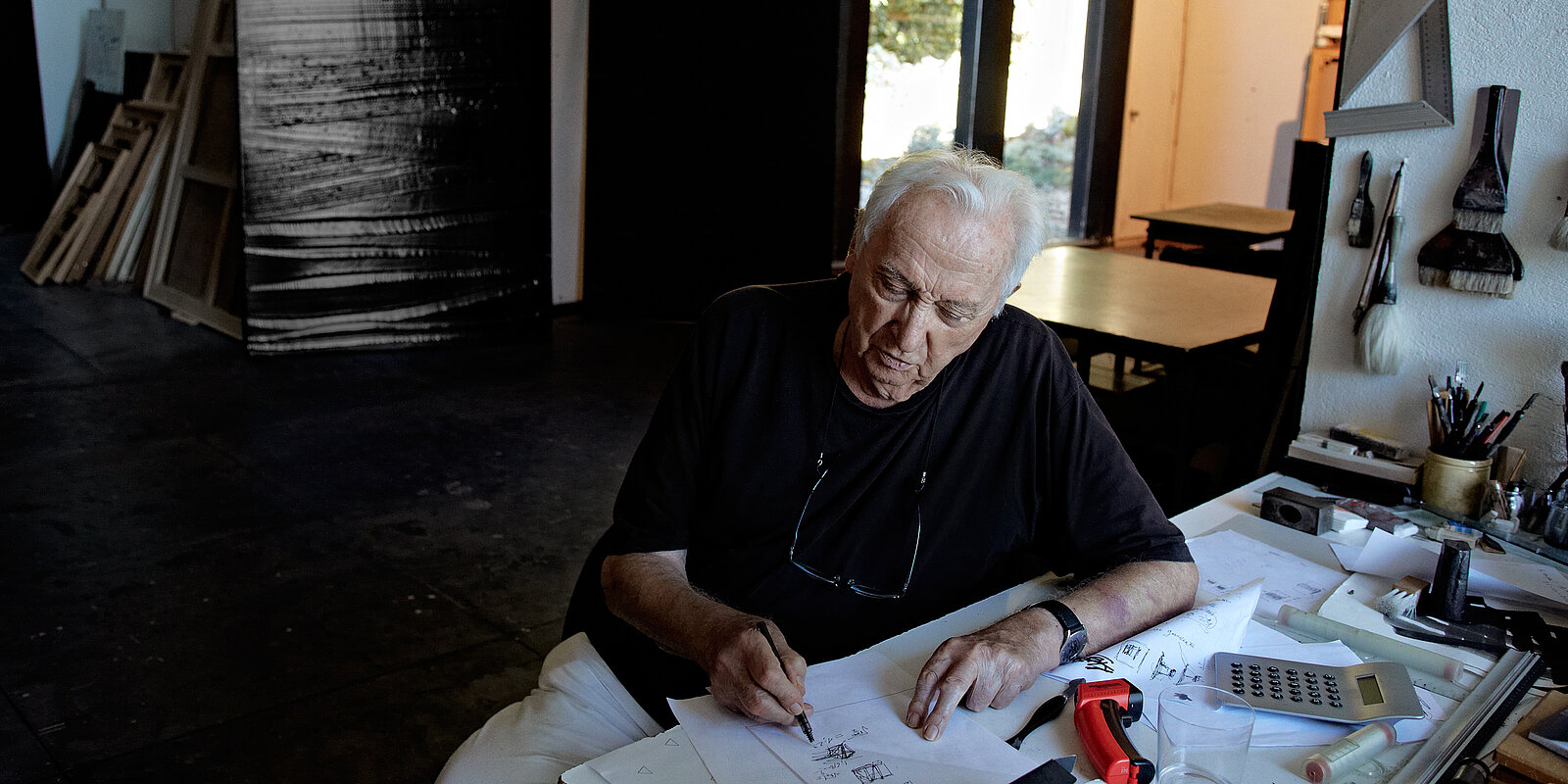 Pierre Soulages, born 1919 in Rodez, France, is recognised as one of the major figures of abstract art and the greatest painter of the contemporary French art scene. Influenced as a youth by Celtic carvings in the local museum and by the Romanesque art and architecture of the surrounding region, he began to take an interest in art. He went to Paris in 1938, where he saw the exhibitions of Picasso and Cézanne, and briefly studied at the École des Beaux-Arts. Returning back to his hometown after his stay in Paris, he met Sonia Delaunay, with whom he discovered abstract art. In 1946, after the war, he moved again to Paris, where he met artists like Domela, Picabia, Hartung und Léger and successfully exhibited in the Salon of the Surindépendants the next year. In 1948 he took part in the pioneering exhibition Französische abstrakte Malerei ("French Abstract Painting"), which was shown in Stuttgart, Hamburg, Duesseldorf and beyond. He was the youngest of a group of masters of abstract art, including such names as Kupka, Domela and Herbin. His participation in documenta 1 (1955), documenta 2 (1959) and documenta 3 (1964) brought him recognition in artistic and critical circles.

In 1979, Soulages, who had already been painting for three decades, embarked on a new phase with works he called Outrenoir, based on the light reflected from a surface entirely covered in black. Using only black and working on the relation between black and light, Pierre Soulages constructed a pictorial space that – despite his reliance on one single colour - stands opposed to the monochrome in the development of modern art. Self-taught and independent of any artistic movement, he explored the painter's means of expression and developed his own non-descriptive and poetic style. Pierre Soulages lives and works in Sète and Paris. In May 2014, the Musée Pierre Soulageswas opened in his home town of Rodez.

All
Solo exhibitions
2019
Soulages at the Louvre

2015
Beyond Horizon. Reflection on the horizontal line

2013
Adventures of truth - Painting and philosophy