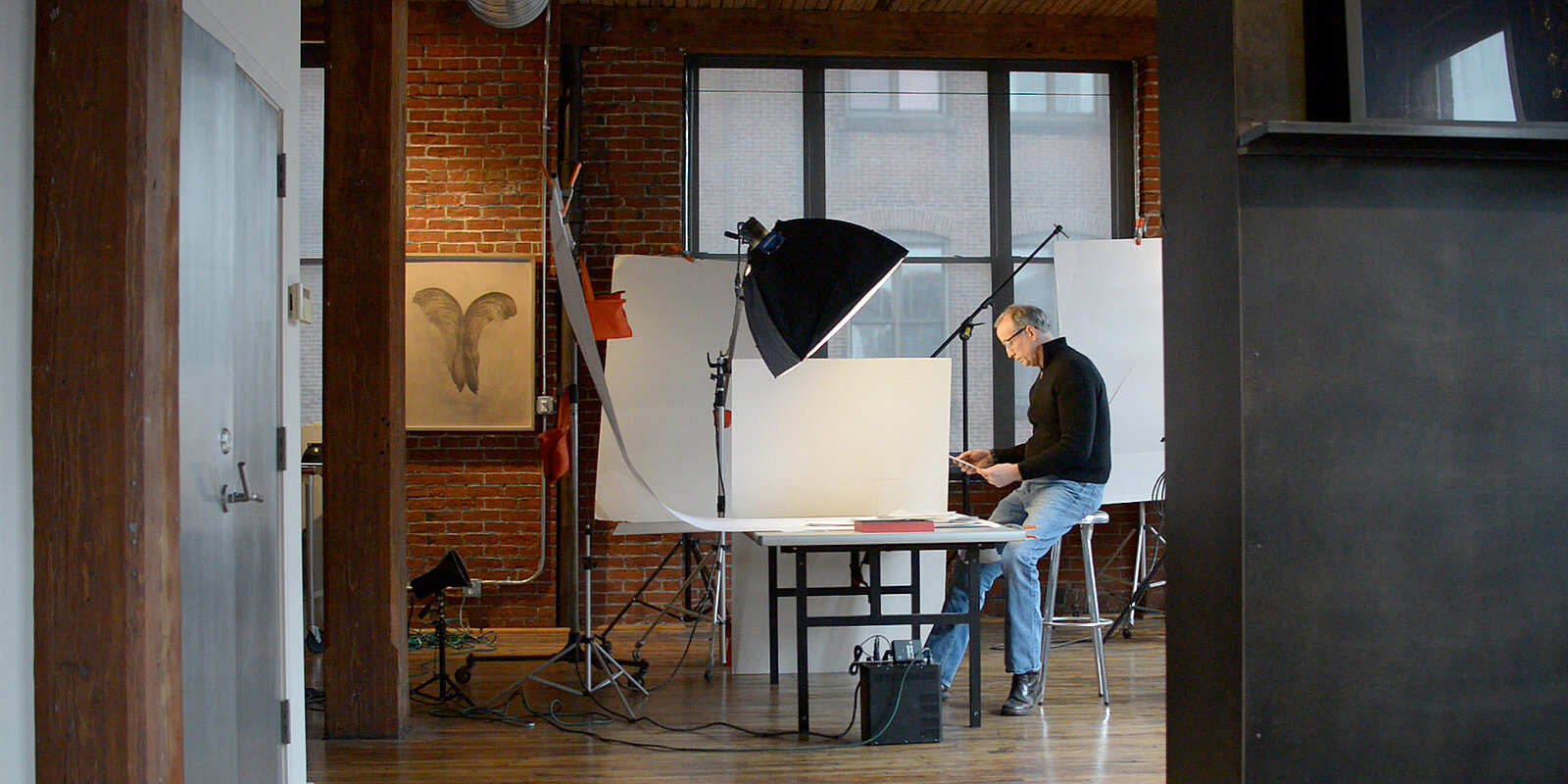 Portrait of the artist © Riley Brummett

Time appears to stand still in the pictures of American photographer Thomas Brummett. Like a penetrating glimpse into the essence of beauty, the images bow down before the perfection of nature. Based on this focus, they seem forever defiant of our fast-moving, often destructive human civilisation. Thomas Brummett does not only favour eternally relevant subject matters. He also opts for durable materials and precise techniques to ensure his work has the desired effect. Though they may appear historical, his photographs are the result of the most advanced reproduction techniques. The merging of old and new is what makes Brummett's work so appealing. The viewer cannot escape the charming pull of the unknown intertwined with the comfort of familiarity.

Thomas Brummett was born in 1955 in the USA. He studied photography at Colorado State University and the Cranbrook Academy of Art in Bloomfield Hills, Michigan, and has worked as a freelance photographer since 1983. From 1985 to 1990 he also taught photography at the University of Arts in Philadelphia. His works are included in numerous public collections, including the Museum of Fine Arts in Houston, the Philadelphia Museum of Art, and the Museu de Arte Moderna in Rio de Janiero, Brazil. Brummett has been honoured with many awards for his photographic work. In addition to other prizes, he received the International Photography Award in 2004, 2009 and 2012 and in 2014 he was granted the Sony World Photography Award. Thomas Brummett lives and works in Philadelphia, Pennsylvania, USA.