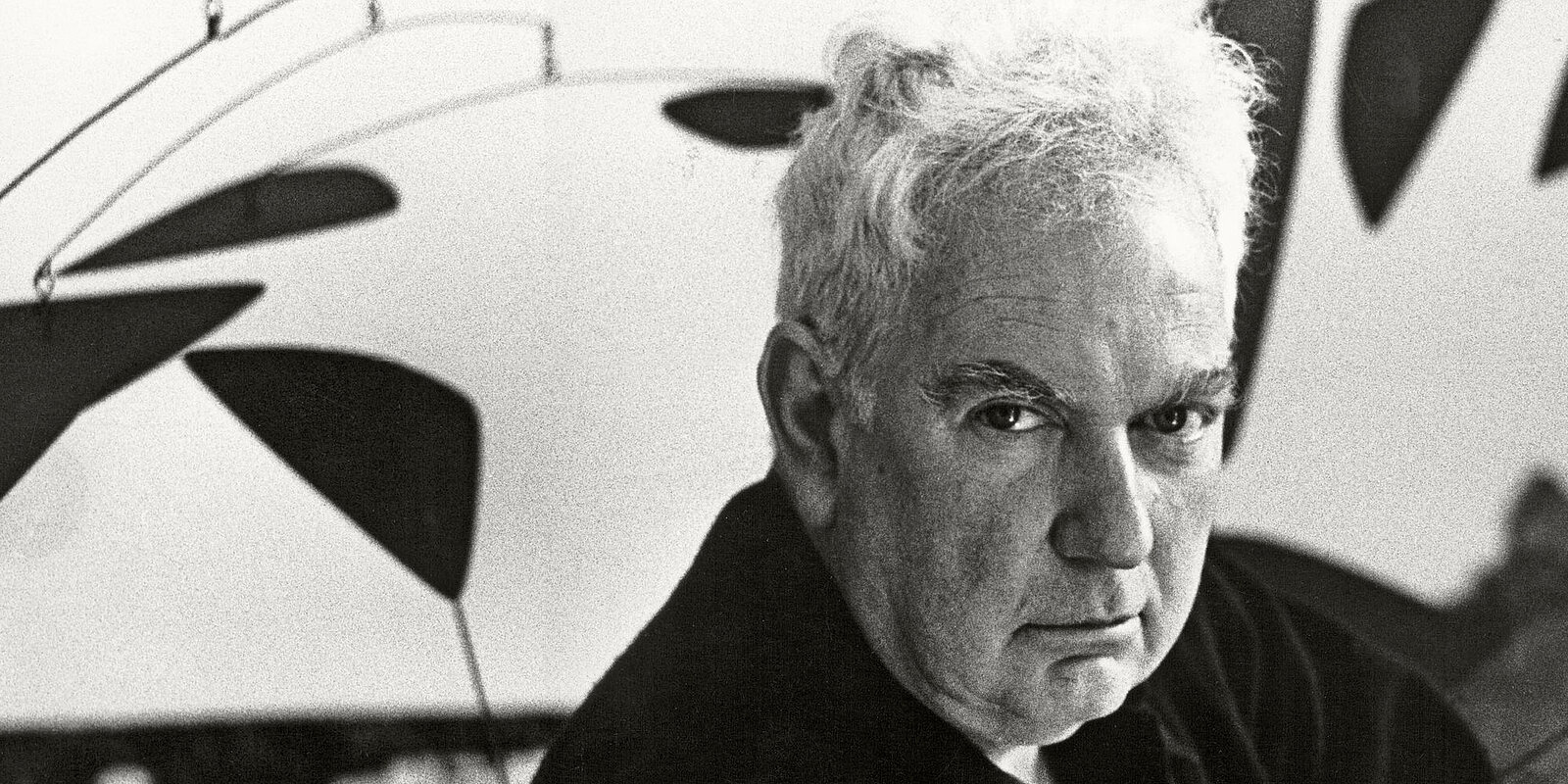 Portrait of the artist

Alexander Calder was born in 1898 in Lawnton, Pennsylvania into a family of renowned sculptors. He studied engineering at the Stevens Institute of Technology in Hoboken, New Jersey from 1915 to 1919, whereupon he began producing his first artistic works. In 1926, Calder moved to Paris - the centre of the European avant-garde at the time - in order to begin his studies at the Académie de la Grande Chaumière. There he created, built his Cirque Calder using wire, wood and cloth. His first solo exhibition in Paris was held at Pierre Vorms’ Galerie Billiet in 1929. Two years later, Calder joined the artists’ group Abstraction-Création and his focus increasingly turned to abstraction. In 1930, he met Piet Mondrian and other European avant-garde artists who he befriended along the way as he developed a unique, kinetic form of art. Calder began employing an intuitive sense of balance and movement into his pieces to create moveable sculptures. His mobiles, a series of perfectly balanced constructions, challenged the idea that a work of art should be a static object.

Almost as a counterpoint to his light, airy mobiles, Calder later began to create immobile, massive, sometimes monumental constructions out of sheet metal, which Jean Arp dubbed stabiles. As well as sculptural work, Calder produced drawings, paintings, weavings, stage settings and book illustrations. In 1933, Calder returned to his home country, the USA. He went on to represent the USA at the Venice Biennale in 1952, winning the grand prize for sculpture. His work is represented in some of the most prestigious collections of modern art, including the Museum of Modern Art in New York, the Centre Georges Pompidou in Paris, and the National Gallery of Art in Washington, D.C. Alexander Calder died unexpectedly in November 1976, shortly after opening a major retrospective show at the Whitney Museum in New York.

2014
Alexander Calder. The Art of Invention

2014
Alexander Calder at the Rijkmuseum

2013
Calder and Abstraction – From Avant-Garde to Iconic

2012
Butterflies in Our Midst

2006
Alexander Calder: From Model to Monument

2010
On Line: Drawing Through the Twentieth Century

2010
Paris and the Avant-Garde: Modern Masters from the Guggenheim Collection

2009
Art in Blue Blue in Art - Sculpture, Painting and Art Furniture in Blue