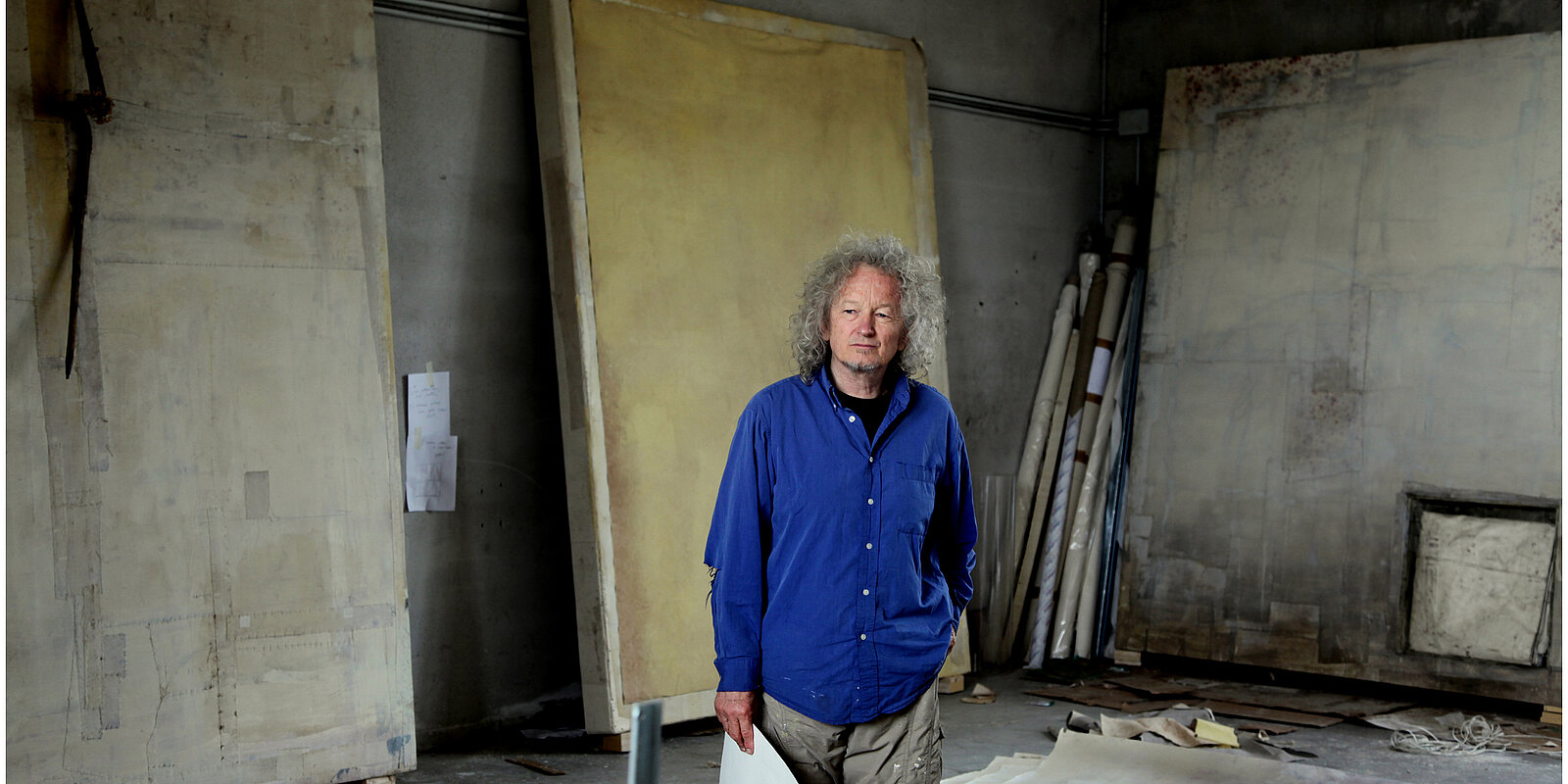 Portrait of the artist

Lawrence Carroll’s paintings are more like painted objects than canvases in their traditional two-dimensional sense. The work cannot be approached in its entirety from a frontal standpoint as its composition and structure conceal several levels of readings. They are closer to being painterly constructions in which Lawrence Carroll integrates objects, either within the structure of the work or on the surface. The latter are comprised of inlays and layers that create a surface architecture of forms that are cobbled together or “repaired”, as the artist likes to say. Lawrence Carroll deploys an “aesthetic of scraps” by using ordinary objects and scraps in his works such as old, patched-up shoes, flowers coated in paint, bits of bread or canvas and paper glued or stapled to the surface of his paintings. At first the works appear monochromatic with light tones, but reveal diverse nuances ranging from beige to brown, blue and yellow.

Born in Melbourne in 1954, Lawrence Carroll spent his childhood in California and studied at the Art Center College of Design in Pasadena. In 1988 his first solo show was presented in New York followed by his first international exhibition, together with Joseph Beuys, Bruce Nauman and Robert Ryman among others, curated by Harald Szeeman at the Deichtorhallen in Hamburg, Germany. Many international solo exhibitions followed at the Kölnischer Kunstverein (1994), the Städtische Galerie im Museum Folkwang in Essen (1994) at the Guggenheim Museum in New York (1995), the MoCA in Los Angeles (2000), the Hotel des Arts in Toulon (2007), the Museo Correr in Venice (2008). He participated in the documenta 9 in Kassel and at the Venice Biennale 2013 at the Pavilion of the Holy See. His works are exhibited in several international public collections including the Guggenheim in New York, the Museum of Contemporary Art in Los Angeles, the National Museum of Modern Art in Tokyo and  the Museum Folkwang Essen (1994). Lawrence Carroll died in May 2019 in Cologne, Germany.

2019
A tribute to Lawrence Carroll

2017
Lawrence Carroll, That What Comes

2017
Lawrence Carroll. I have longed to move away

2013
Lawrence Carroll. Nothing Gold Can Stay

2013
Eye off the Sun. Selections from La Colección Jumex