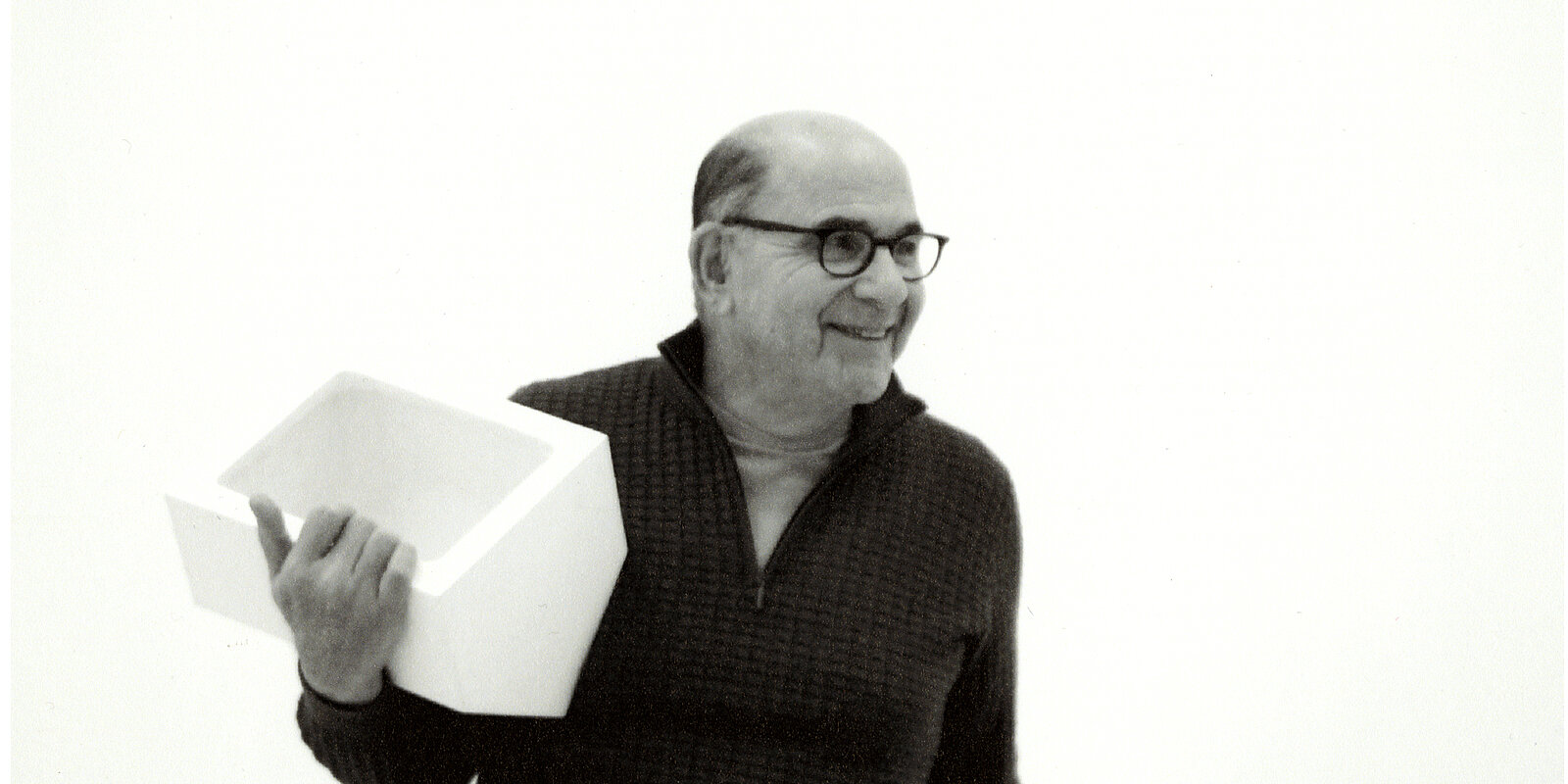 Joel Shapiro’s sculptures hover at the border between the abstract and the figurative. Some of his works, assembled from intertwined boards and lopsided planes in irregular distances and angles, seem accidental. The majority of his constructions, built from oblong rectangular blocks of wood or bronze, raise associations with human figures: some of them stand on one leg, others on two, others lie on the floor, some seem to climb the walls. Some of the figures seem to exist in a state of precarious balance between floating and falling. The cubes can be read as limbs, torsos and heads and, at the expense of sculptural unity, they preserve their autonomy as individual parts vis-à-vis the whole. The simple geometry and the massiveness of the heavy blocks contrast with the seeming instability of the abstract constructions and the body parts themselves – everything seems as though it were about to move.

Joel Shapiro, born in 1941 in New York City, graduated from New York University in 1964 (B.A) and in 1969 (M.A). His work has been the subject of nearly 150 national and international solo exhibitions and retrospectives, and is currently being exhibited at the Museum Ludwig in Cologne. Many of his sculptures are located in public spaces in major Asian, European and North American cities, and his work can be found in public collections in the United States and abroad, including the Museum of Modern Art, the Whitney Museum and the Metropolitan Museum of Art in New York. Joel Shapiro has received numerous awards. Joel Shapiro lives and works in New York City.

The University of Arizona Museum of Art, Tucson, AZ, USA

2013
Drawing Line into Form: Works on Paper by Sculptors from the Collection of BNY Mellon