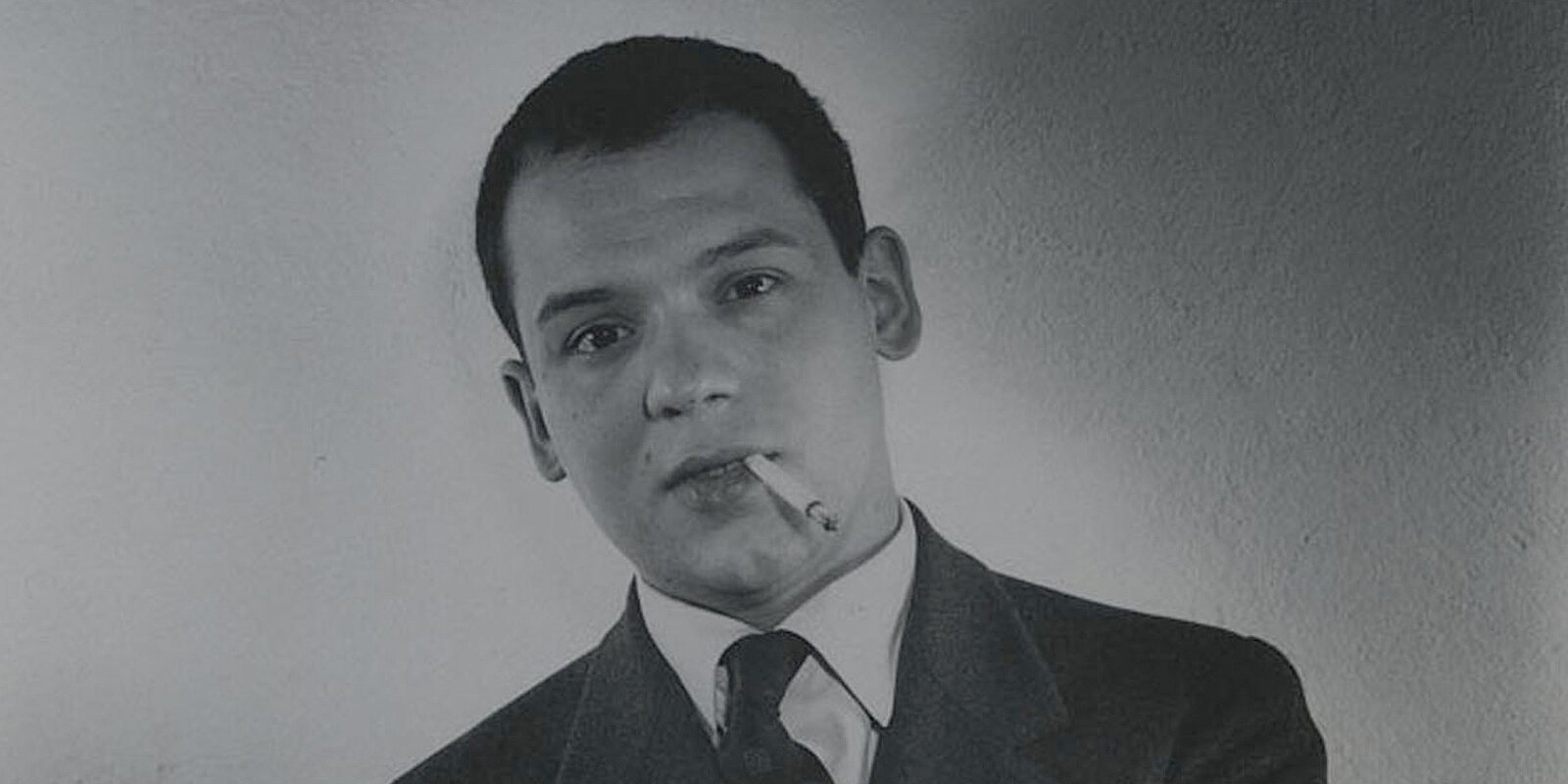 Italian artist Piero Manzoni was one of the pre-eminent exponents of 20th century conceptual art. Born in 1933 in Soncino, Manzoni began studying law at the Accademia di Brera in Milan in 1951. In 1954 he cut short his law studies in order to pursue degrees in art and philosophy, first in Rome later in Milan. Manzoni had begun taking private painting lessons in 1953. His early works were traditional landscapes and portraits, but from 1954 onward – inspired by artists such as Alberto Burri, Lucio Fontana and Jean Fautrier – he began experimenting with materials such as oil, plaster and enamel. In 1957 Manzoni, along with Fontana, joined the Gruppo Nucleare, which attempted to reject all forms of academicism. Impressed by Yves Klein’s monochrome works, Manzoni strove toward a complete detachment from colour and form, seeking to create pure works that were free from all associations as an expression of total emptiness.

These ideas resulted in the Achromes, colourless images created using materials such as cotton, cotton wool, or fur on plaster ground, with which Manzoni provoked his audiences and challenged the conventional ways of seeing. Manzoni’s work was shown in 1968 at documenta 5 in Kassel as well as at the Venice Biennale in 1972. He has been featured in numerous solo exhibitions, including at the Musée d'Art Moderne de la Ville de Paris in 1991, the Museo d'Arte Contemporanea Donnaregina in Naples in 2007 and at the Städel Museum in Frankfurt/Main in 2013. His work is represented in many important public collections including the Museum of Modern Art in New York, the Stedelijk Museum in Amsterdam, Tate Modern in London and the Galleria Civica d'Arte Moderna e Contemporanea in Turin. Piero Manzoni died in Milan in 1963.

Group exhibitions
2021
The Paradox of Stillness: Art, Object, and Performance

2020
Lucio Fontana and the worlds beyond the canvas. Between object and painting

2019
Constellations: a choreography of minimal gestures

2018
Painting with Method: Neoavantgarde Positions from the mumok Collection

2017
Monochrome: A Dialogue Between Burri, Fontana, Klein, Manzoni, and Stingel

2017
Thinking Out Loud: Notes For an Evolving Collection

2017
Red over Yellow. A Selection from a Private Collection

2015
SELF: Portraits of Artists in Their Absence

2015
Painting 2.0: Expression in the Information Age

2015
Painting and Sculpture – From Classical Modernism to the Present Day. Opening Exhibition of the Hiltl Art Foundation

2014
The Paradox of Sculpture