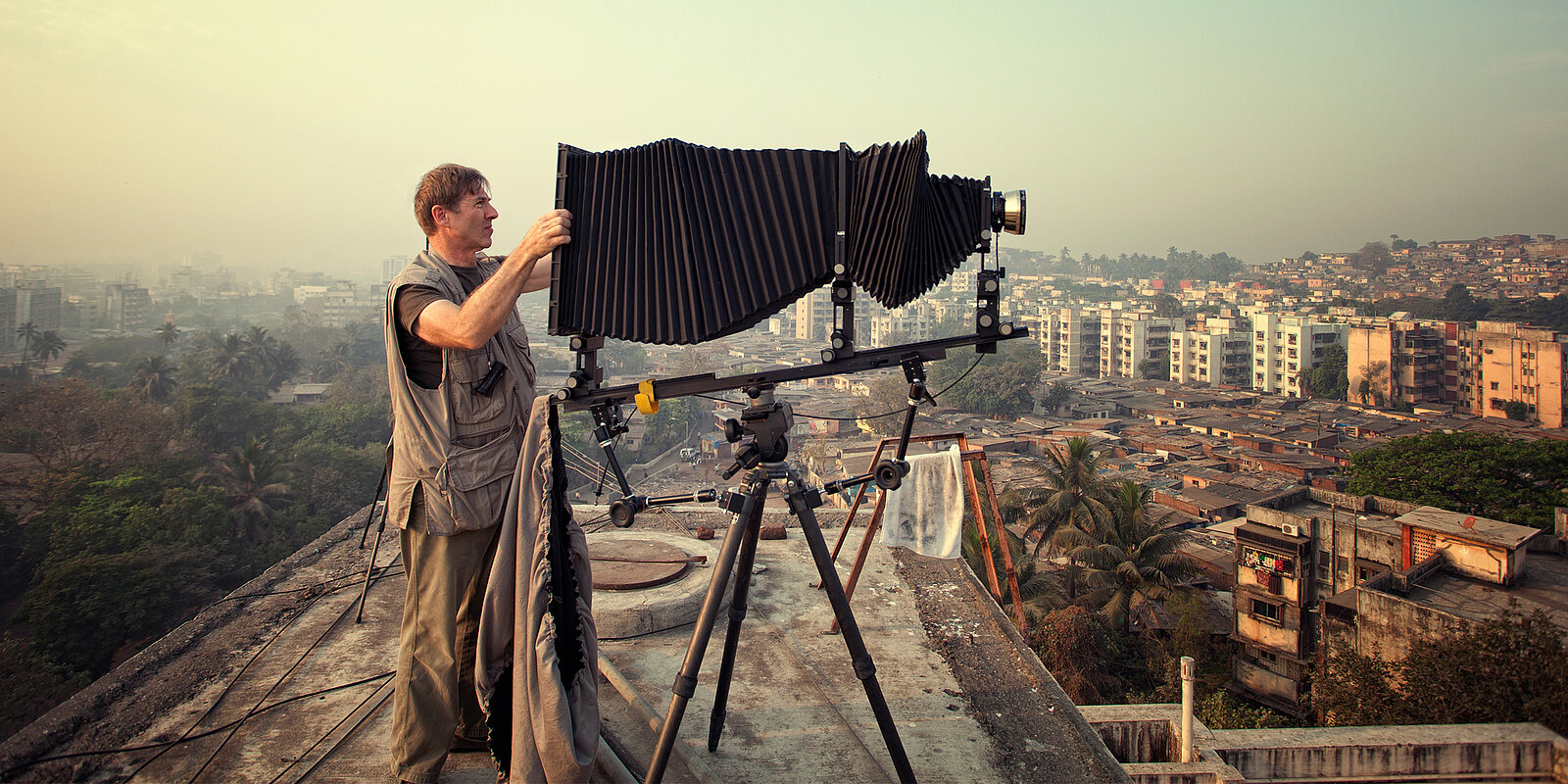 Robert Polidori’s artistic career began in the mid-1980s when he started photographing the restoration of the Château de Versailles. He has since documented numerous sites across the world and is considered one of the world’s leading architectural photographers. He creates meticulously detailed, large-scale colour photographs that transcend the limits of pure architectural photography. The high level of detail allows the viewer to delve ever deeper into the places in question and be moved by the atmosphere of the works. He captures his interiors by means of a single long exposure in natural lighting. His tonally rich and seductive photographs are the product of long exposure times and careful contemplation of the angle of view. Polidori uses large-format sheet film, which produces images he believes to be superior to digital photographs.

Robert Polidori was born in 1951 in Montréal, Canada and relocated in the 1970s to New York, where he began working for Jonas Mekas at the Anthology Film Archives. He received his M.A. from the State University of New York at Buffalo in 1980. Robert Polidori has twice been awarded the Alfred Eisenstaedt Award for Magazine Photography (1999 and 2000). In 1998 he won the World Press Award for his coverage of the Getty Museum's construction, and in 2007 and 2008 he was selected to receive the Communication Arts awards. Polidori’s work is included in the collections of the Metropolitan Museum of Art, New York; the Museum of Modern Art, New York; the Victoria and Albert Museum, London and the Bibliothèque Nationale, Paris. Robert Polidori lives and works in New York and Los Angeles.

2014
Robert Polidori, The Memories of Walls

2015
Frontiers Reimagined: Art That Connects Us

2012
Beyond Words: Photography in The New Yorker