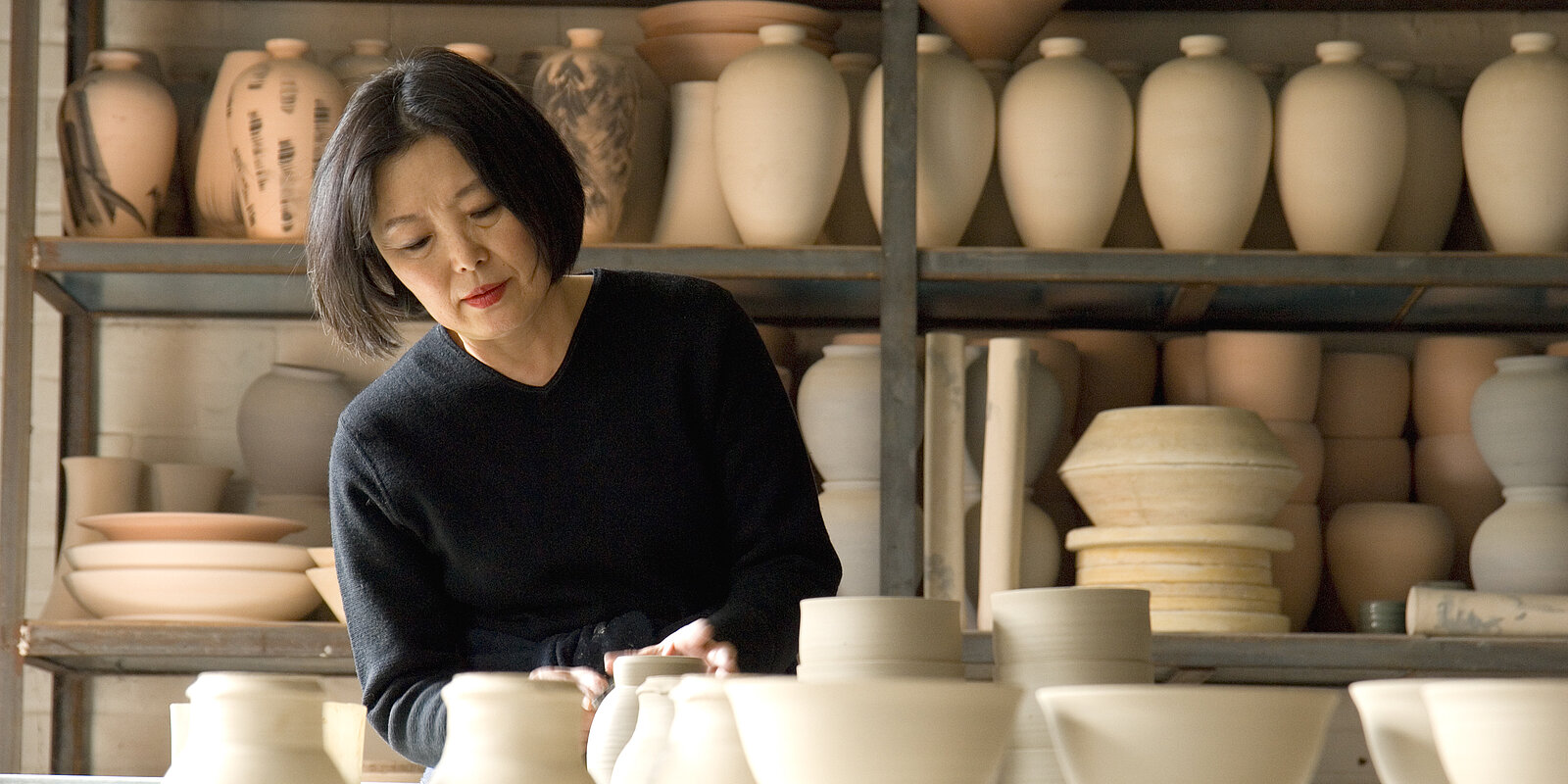 Young-Jae Lee was born in Seoul, Korea, in 1951. From 1968 to 1972 she studied there at the College of Art Education, before emigrating to Germany in 1972. In 1972/73 she worked as an intern under Christine Tappermann in Wallrabenstein, and from 1973 to 1978 she studied ceramics under Margot Münster and design under Erwin Schutzbach at Wiesbaden University of Applied Sciences. From 1978 she worked in her own workshop in Sandhausen near Heidelberg, and from 1984 to 1987 she was academic and artistic assistant to Ralf Busz at the University of Kassel. Since 1987 Young-Jae Lee has been head of the Ceramic Workshop Margaretenhöhe in Essen.

In 2015 she was visiting professor of ceramics at the Institute for Art and Design at the EWHA Womans University in Seoul, and in 2016 was awarded an honorary doctorate by the Eugeniusz Geppert Academy of Fine Arts in Wrocław, Poland. Young-Jae Lee has received numerous distinctions for her work, e.g. the gold medal of the Bavarian State Prize, the prize for women artists awarded by the state of North Rhine Westphalia, the ceramic prize awarded by the Frechener Kulturstiftung, and the Richard Bampi prize. In addition, the Ceramics Workshop Margaretenhöhe won the 1st prize of the Hesse State Prize for German Crafts in 1997 and 2005, and the 1st Bavarian State Prize for Design in 2001. That same year, the workshop won the 1st prize Les Must de scènes d’intérieur in Paris.

2016
Witness to an Ancient Truth