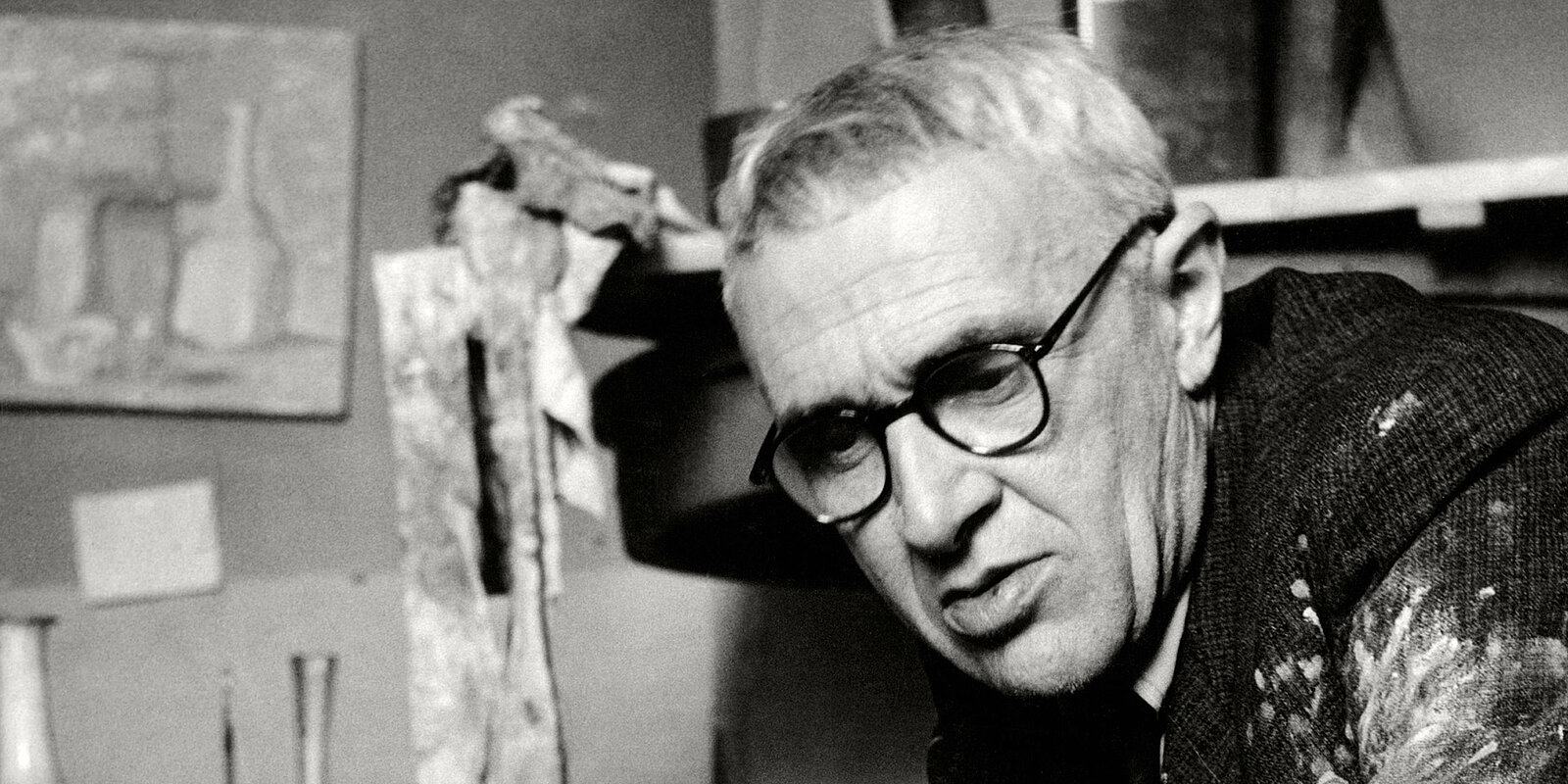 Giorgio Morandi (1890 – 1964) was specialized in still life and landscapes. His paintings are noted for their tonal subtlety in depicting apparently simple subjects, which were limited mainly to vases, bottles, bowls, flowers and landscapes. With great sensitivity to tone, color, and compositional balance, he would depict the same familiar bottles and vases again and again in paintings notable for their simplicity of execution. Although born and brought up in a petty-bourgeois family his father was in a position to further his great son through. From 1908 to 1913 Morandi studied at the Accademia di Belle Arti di Bologna. At the Accademia Morandi taught himself to etch by studying books on Rembrandt. Even though he spent his entire life in Bologna, Morandi was influenced by the works of Cézanne, Derain, and Picasso. In 1914, Morandi was taken on as a drawing teacher in elementary schools in Bologna, a position he held until 1930.

In 1915, he joined the army but suffered a breakdown and in 1917, he was indefinitely discharged from the forces. During the war, Morandi’s still lifes became more and more simplistic in their compositional elements and purer in form. The Pittura Metafisica phase in Morandi’s work lasted from 1918 to 1922. From 1930 to 1956, Morandi was professor of printmaking at Accademia di Belle Arti. The 1948 Venice Biennale awarded him first prize for painting. When Morandi died in 1964, he was a world famous painter. His works are now owned by and exhibited in international museums and private collections.

2018-19
A Backward Glance: Giorgio Morandi and the Old Masters

The Pushkin Museum of the Fine Arts, Moscow, Russia

Group exhibitions
2021-22
Von Erde schöner. The collections of the MGKSiegen

2019
On Flower Power. The Role of the Vase in Arts, Crafts and Design

2014
From Picasso to Magritte: European Masters from the Virginia Museum of Fine Arts