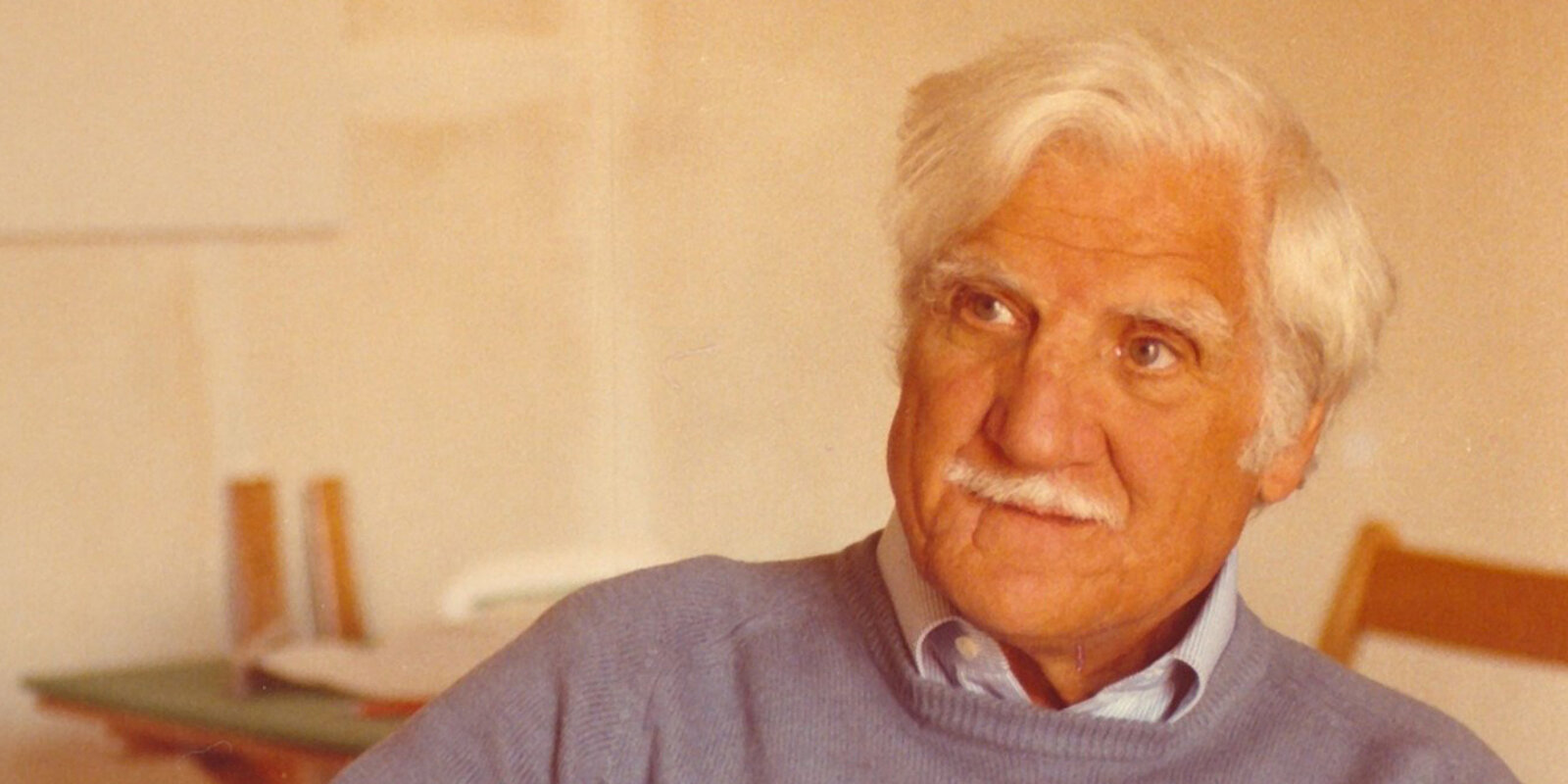 The painter, draughtsman and printmaker Mario Nigro is considered to be one of the most significant exponents of post-war geometric abstraction in Italy. Born in 1917 in Pistoia as the son of a professor of Mathematics, Nigro’s upbringing predetermined the development of his geometrically-influenced style. Along with painting, he was also greatly influenced by music. However, after having moved to his adopted city, Livorno, in 1929, Mario Nigro began to study Chemistry in 1936, and he continued his studies in Pharmacology at the University of Pisa in 1947. Though he worked as a pharmacist, Mario Nigro remained artistically active. In the post-war period, artworks from the Pittura Metafisica and Expressionist movements attracted his attention. Soon afterward Mario Nigro himself dove into abstraction, becoming one of the protagonists of the Movimento Arte Concreta movement, which was founded in Milan in 1948. His works were exhibited in the Parisian Salon des Réalités Nouvelles, a centre of post-war abstraction, and elsewhere. In the 1950s Mario Nigro chose to devote himself entirely to painting and strove toward a quasi-musical dynamic in his abstractions.

In the mid-1960s Nigro’s oeuvre was influenced by Minimal Art, and his later works ultimately focused on the interplay between painting and architecture. Over the course of his artistic career, Mario Nigro took part in the Venice Biennale multiple times. Today his works are found in innumerable prominent museums in Rome, Milan, Genoa, Florence, and Bologna, among others. There have been many exhibitions of his work, including the retrospective exhibitions Homage to Mario Nigro at the Peggy Guggenheim Collection in Venice in 2006 and Mario Nigro. Werke / Works 1952 - 1992 at the Kunstsammlungen Chemnitz in 2012/2013. Mario Nigro was awarded the Camille Graeser Foundation Prize and died in 1992 in Livorno.