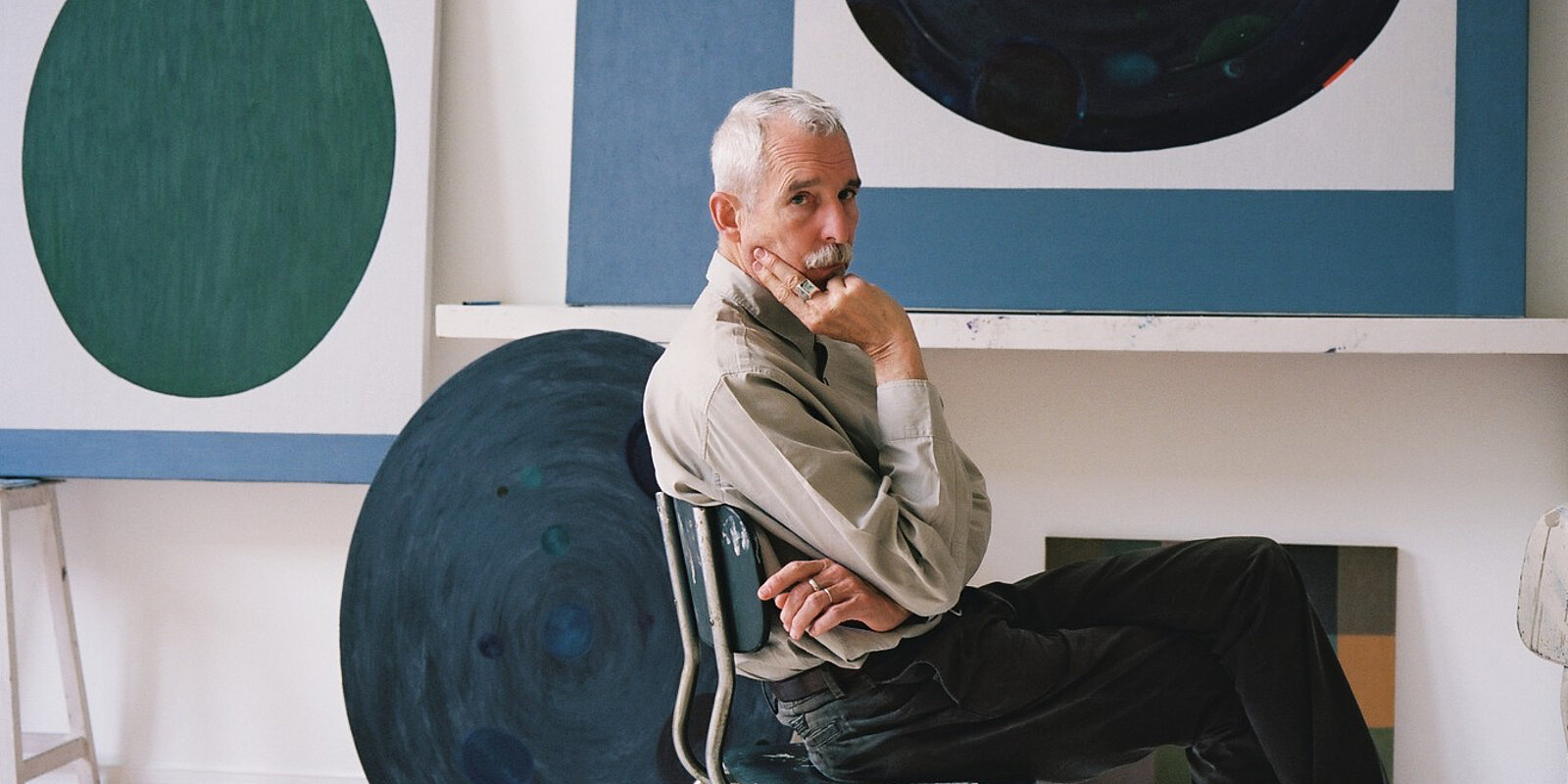 James Brown was born in 1951 in Los Angeles, California. He studied painting and printmaking at the Immaculate Heart College in Hollywood and then attended the École des Beaux-Arts in Paris, from which he graduated in 1974. He spent the following years living and working in Paris. In 1978, he had his first solo exhibition at the Gemeentemuseum of Arnheim, in the Netherlands, as well as his first solo show at the Christiane and Eric Germain Gallery in Paris. In 1979, Brown moved to New York, where he worked alongside artists of the rising Neo-Expressionism movement such as Jean-Michel Basquiat, Keith Haring and Julian Schnabel. He had his first exhibitions in the U.S. at the Shafrazi Gallery and the Leo Castelli Gallery, both in New York. At that time he also worked with the Lucio Amelio Gallery in Naples. Although best known for his abstract paintings, Brown’s artistic practice has always been eclectic and varied in his experimentation with different techniques such as ceramics, bronze, textiles and printmaking. In 1995, James Brown moved to Mexico with his young family.

In 2000, he and his wife Alexandra founded Carpe Diem Press in Oaxaca, creating, with leading artists and writers, limited-edition artist books and prints. James Brown’s works have been shown in many American and European museums. In Mexico, the Museum of Contemporary Art in Oaxaca as well as the Anahuacalli Museum in Mexico City have hosted important exhibitions of his recent work. The work is also found in many international private and public collections, including the Museum of Modern Art, The Metropolitan Museum and the Whitney Museum in New York, the Centre Georges Pompidou in Paris, the Kolumba Museum in Cologne, the Contemporary Art Centre of Malaga in Spain, and the Tamayo Museum in Mexico City. James Brown passed away in February 2020.

2011
James Brwon. The Realm of Chaos and Light

2009
James Brown. Into the emptiness

1998
Beyond Belief. Modern Art and the Religious Imagination