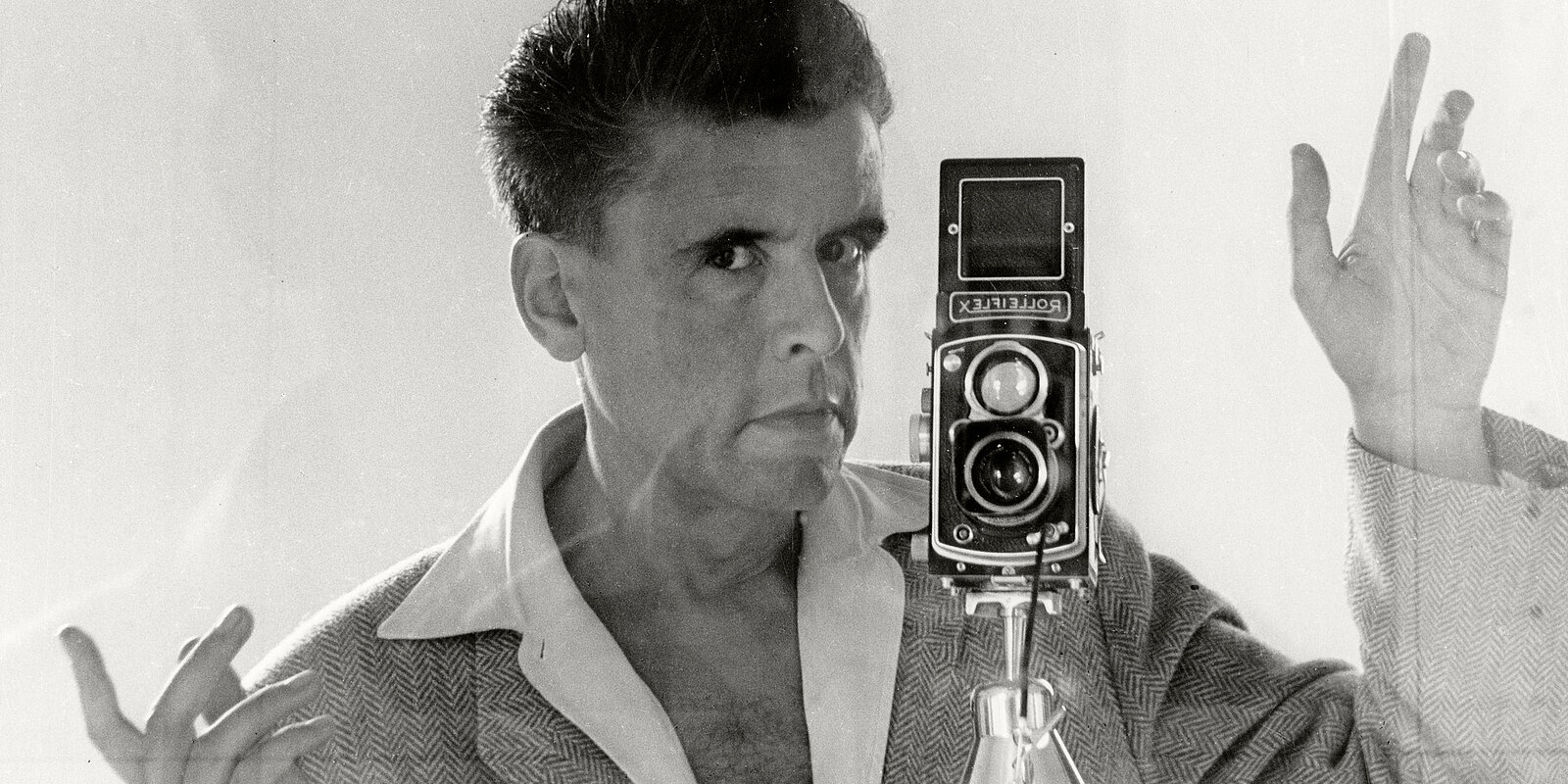 Born into a prosperous merchant family in Hamburg, Germany, Herbert List began an apprenticeship at a Heidelberg coffee dealer in 1921 whilst studying literature and art history at Heidelberg University. Between the two world wars, List immersed himself in the cosmopolitan culture of 1920s Germany, where Bauhaus, expressionism and Max Reinhardt’s theatre coexisted. In 1930, he met Andreas Feininger, Bauhaus master, who introduced him to the art of photography and the Rolleiflex camera. The rise of the Third Reich stifled List’s daily life, as Jews and homosexuals were the first targets of the regime, forcing the artist to flee Germany in 1936. In 1937, List divided his time between Paris and London, where he met Jean Cocteau and the photographer George Hoyningen-Huene respectively. He tried his hand at fashion photography, without great enthusiasm, and had his photographs published in Harper’s Bazaar, Vogue, and Life among others. List preferred to focus on impeccably constructed still lifes, a style later referred to as fotografia metafisica, of which he became the most important representative. Leaving the restrictions of a fascist Germany behind, List’s work could be more playful and intimate. Mediterranean life on the coasts and ancient sites of Greece and Italy were List’s main

source of inspiration from 1937 to 1939, making these years his most fruitful. His first solo show opened in Paris in the summer of 1937. List began producing portraits of European and American artists set mostly in Paris and in Italy, among the most iconic were those of Pablo Picasso, Giorgio Morandi, and Pier Paolo Paolini. His style changed in the postwar years when his interest shifted from formal aspects to the human being. In 1951, Herbert List met Robert Capa, who convinced him to work as a contributor to Magnum. Spending time in Italy, his genre covered street photography, photo essays and portraiture. In 1953, he discovered the 35 mm camera. His work became more spontaneous, influenced by his Magnum colleague Henri Cartier-Bresson and the Italian Neo Realism film movement. Travels to Spain, Mexico, Morocco and the Caribbean followed. The postwar economy finally allowed List to complete several book projects that had been on hold, amongst these were Licht Ueber Hellas (1953), Rome (1955), and Napoli (1962), the latter in collaboration with film director Vittorio de Sica. From 1962, Herbert List set photography aside and dedicated his time to collecting the drawings of Italian Masters. He died in Munich on April 4, 1975.

2014
The Magical in Passing

2018
NAUTILUS. Snails, Mussels, and Other Mollusks in Photography

2017
The Shape of Things. Photographs from Robert B. Menschel