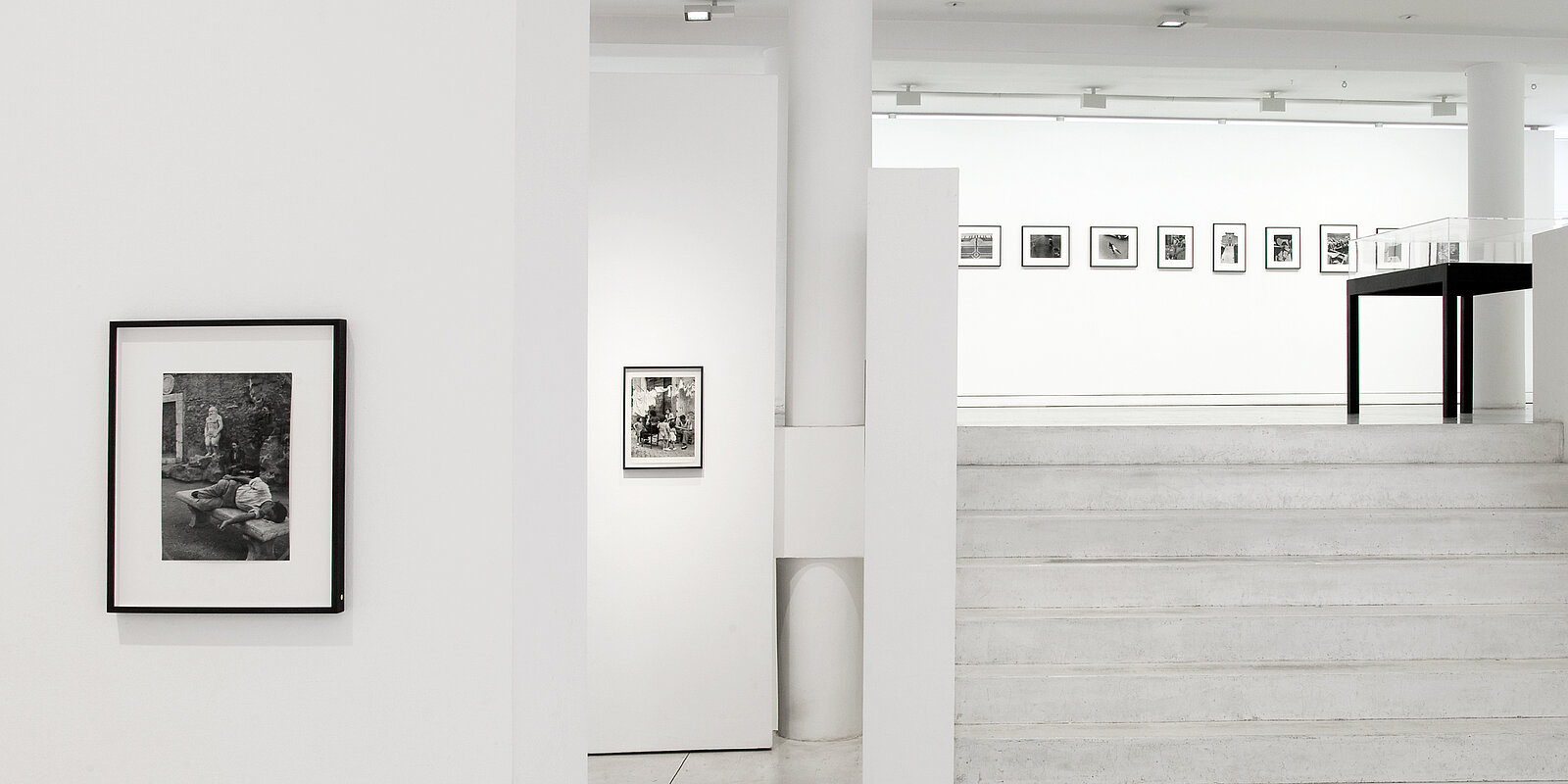 The exhibition will be extended through August 28, 2021!

Galerie Karsten Greve is pleased to present an exhibition dedicated to one of the major photographers of the 20th century: Herbert List Italia. This is a debut for Herbert List at Karsten Greve's Cologne gallery space. Photo essays, photo reports, and portraits from the artist's estate will be on show, including around 80 vintage gelatin silver prints, based on photographs taken during Herbert List's stays in Italy between 1934 and 1961. As much a bon vivant and educational traveler as an artist, professional photographer, and a collector of 16th to 18th-century Italian Old Master drawings, Herbert List felt closely connected to Italy. 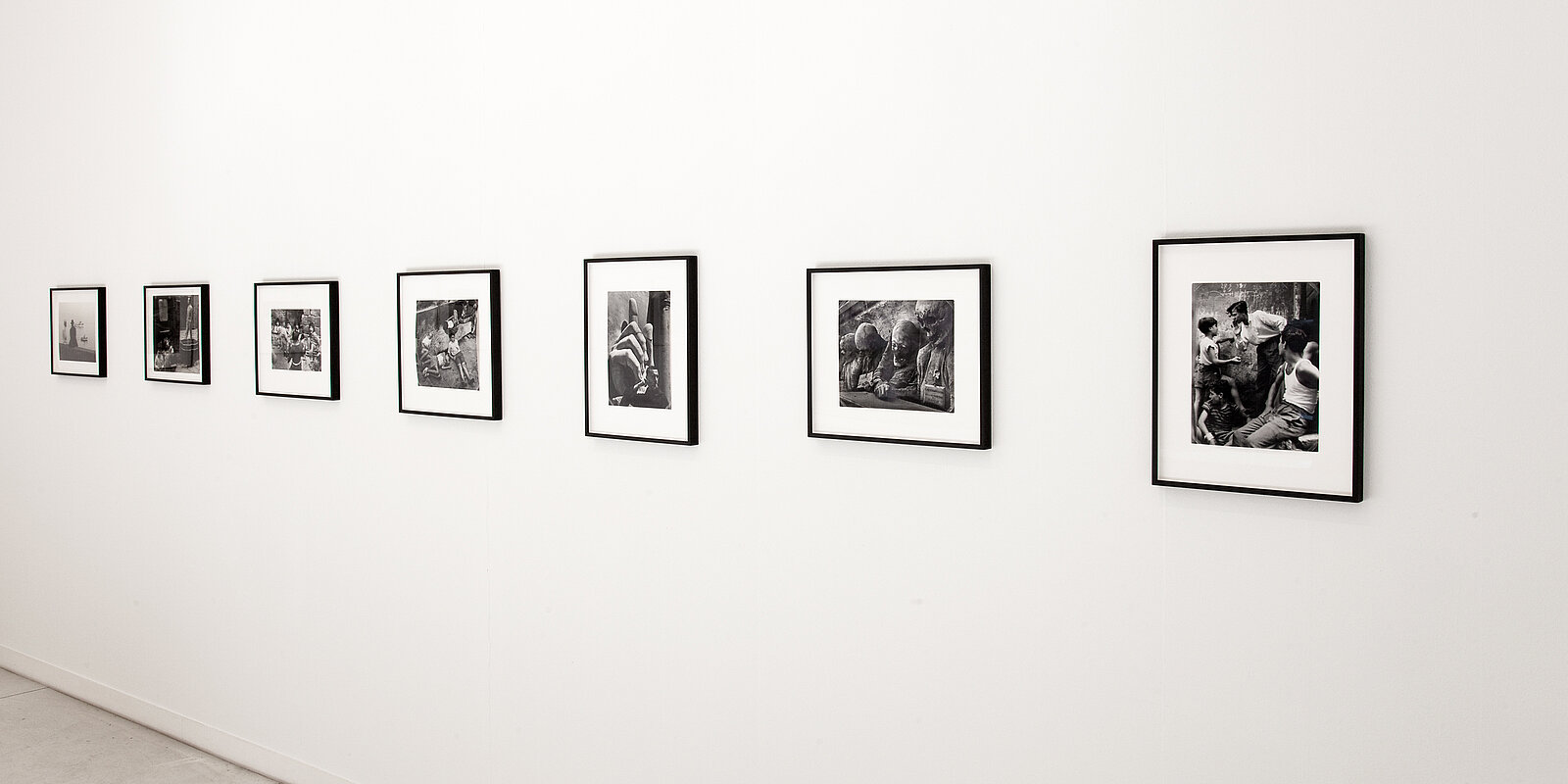 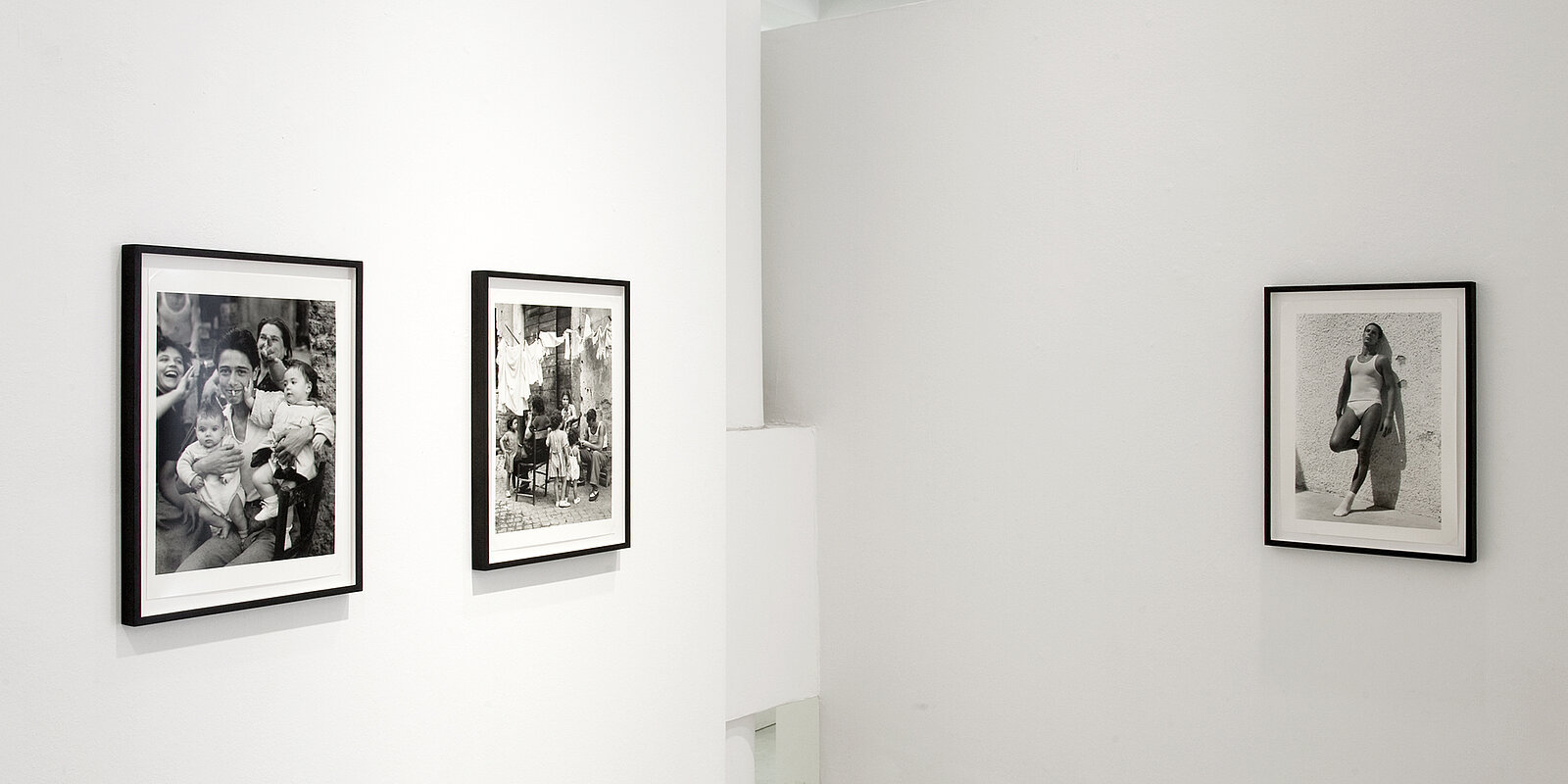 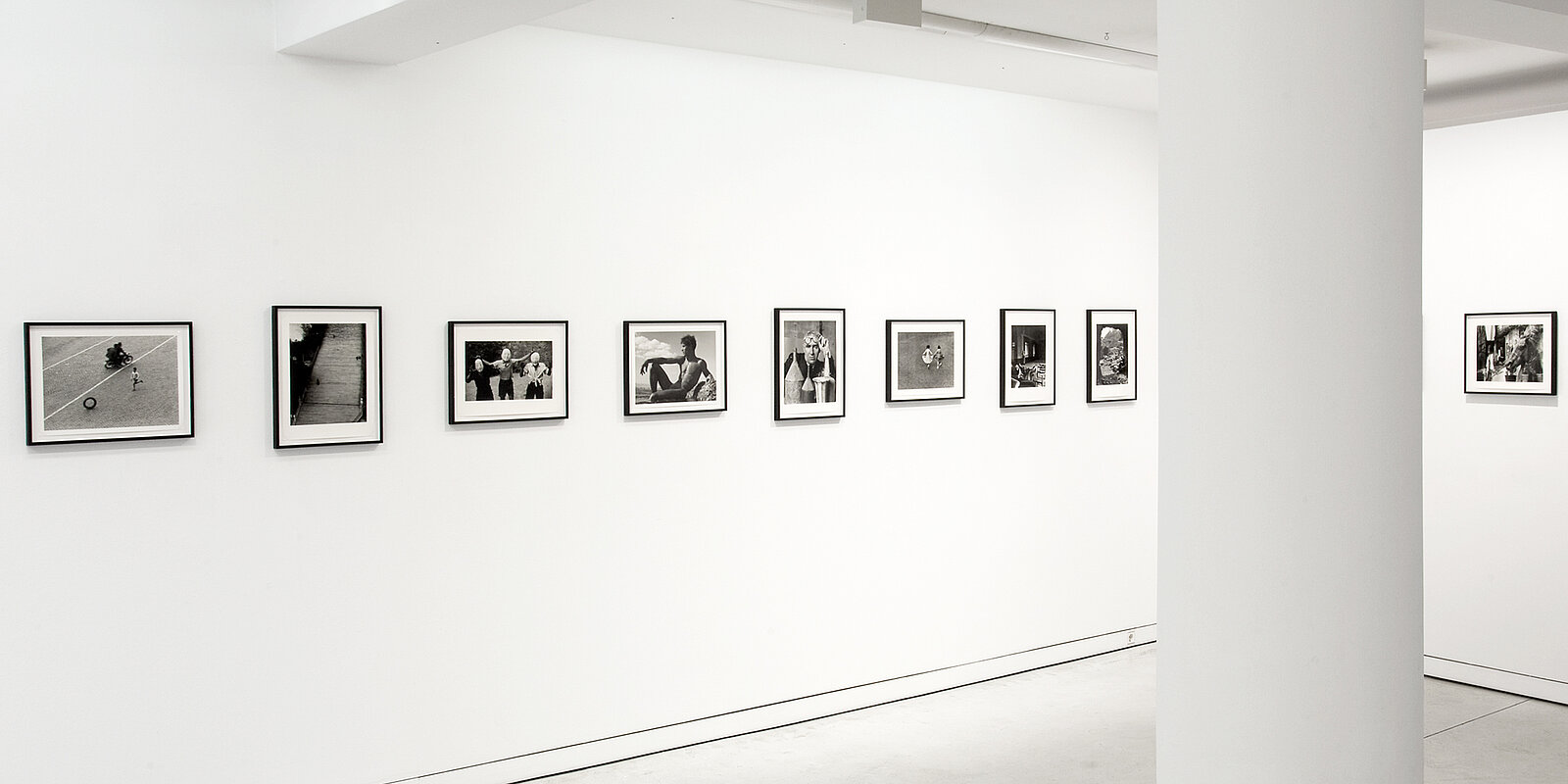 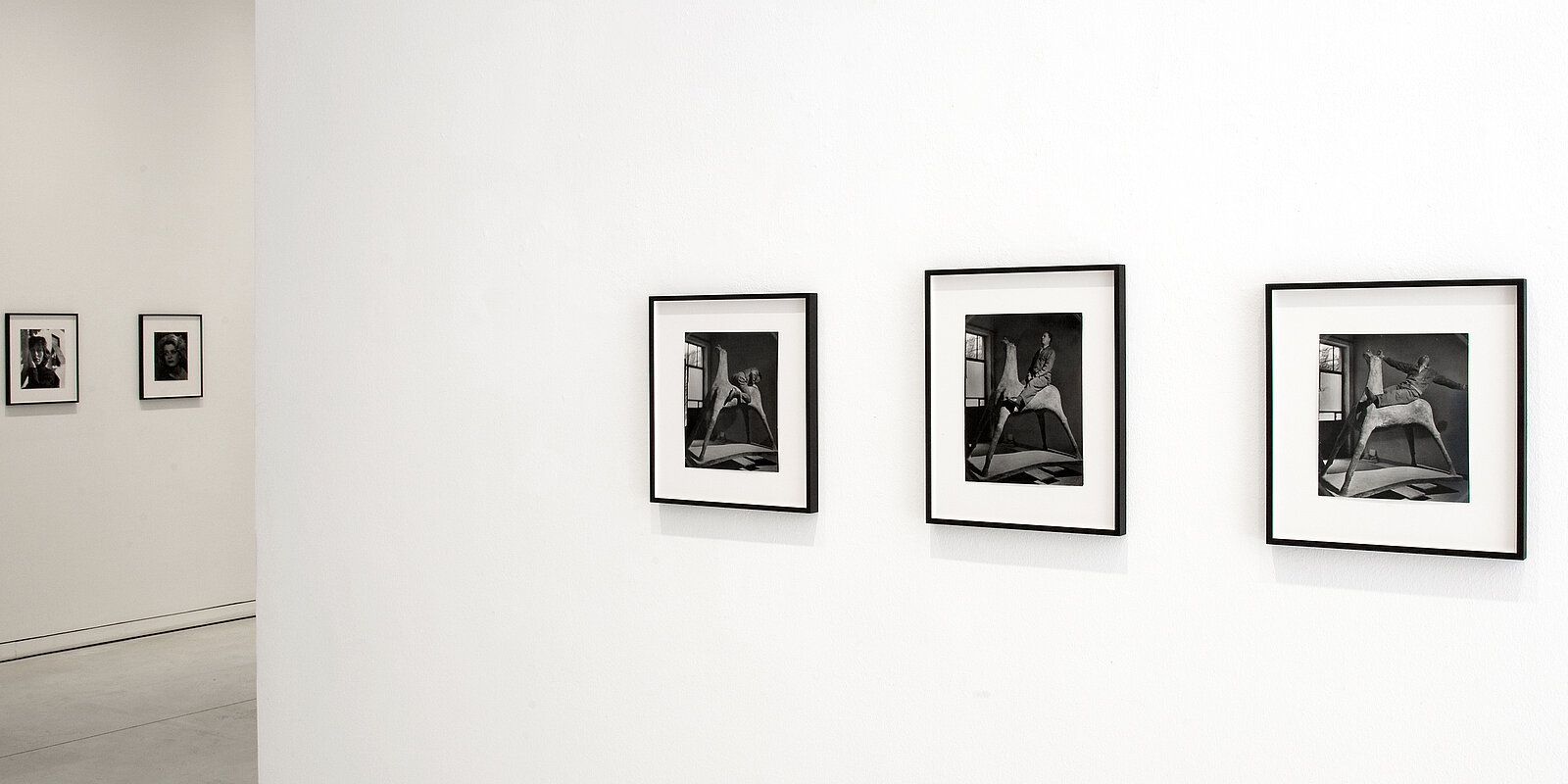 The artist's estate, formerly in the care of Max Scheler from 1975 to 2003, is currently managed by Peer-Olaf Richter in Hamburg. Since Herbert List's first solo exhibition in Paris in 1937, his oeuvre has been shown in numerous international exhibitions and published in internationally renowned magazines. His works are held in notable public collections, including the Metropolitan Museum of Art in New York, the Museum of Fine Art, Boston, Kunsthaus Zürich, the Photography Museum (now Photography Collection) at Münchner Stadtmuseum, Munich, the Museum für Kunst und Gewerbe Hamburg, Museum Ludwig in Cologne, and the Musée Picasso in Paris 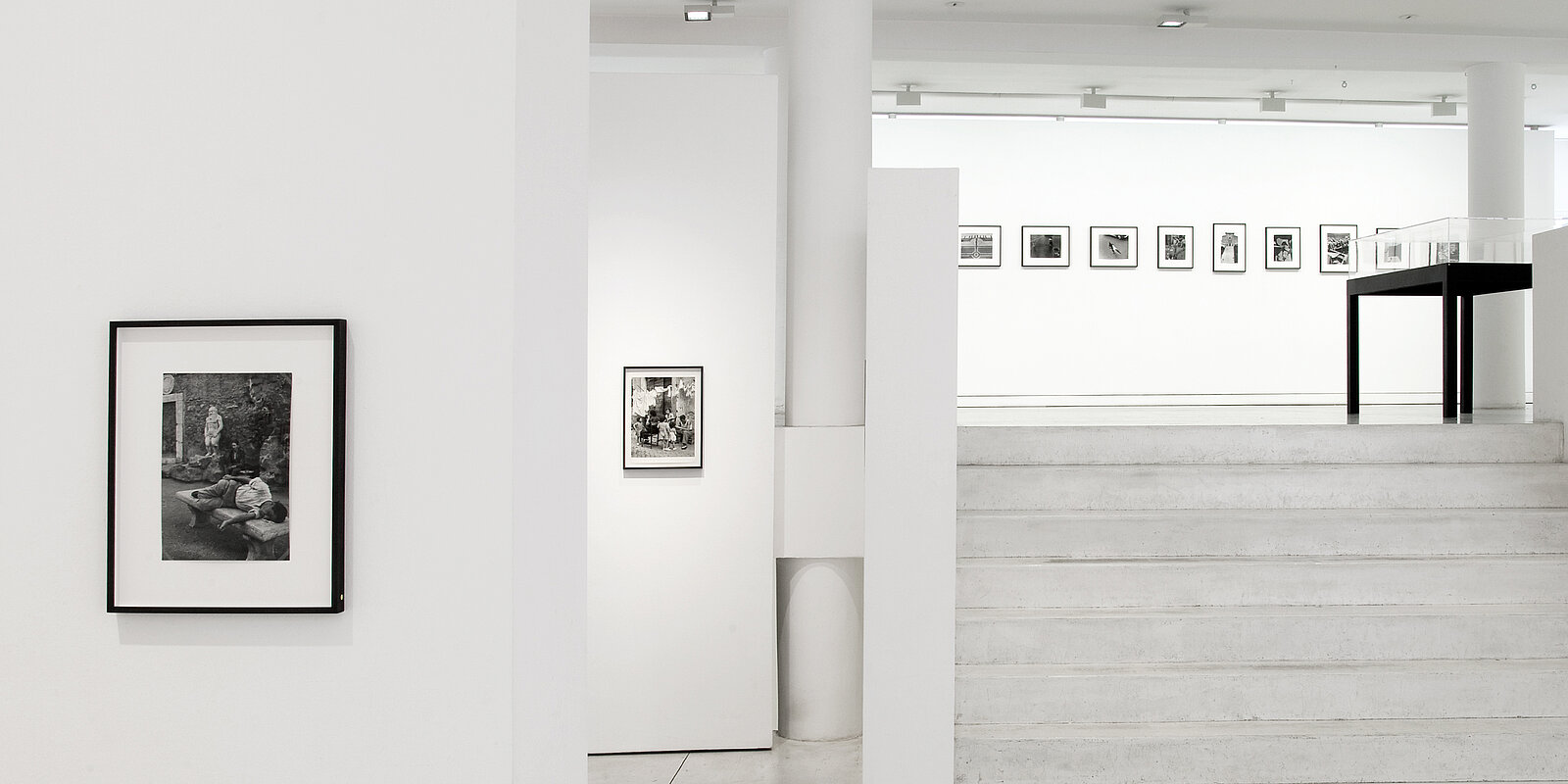 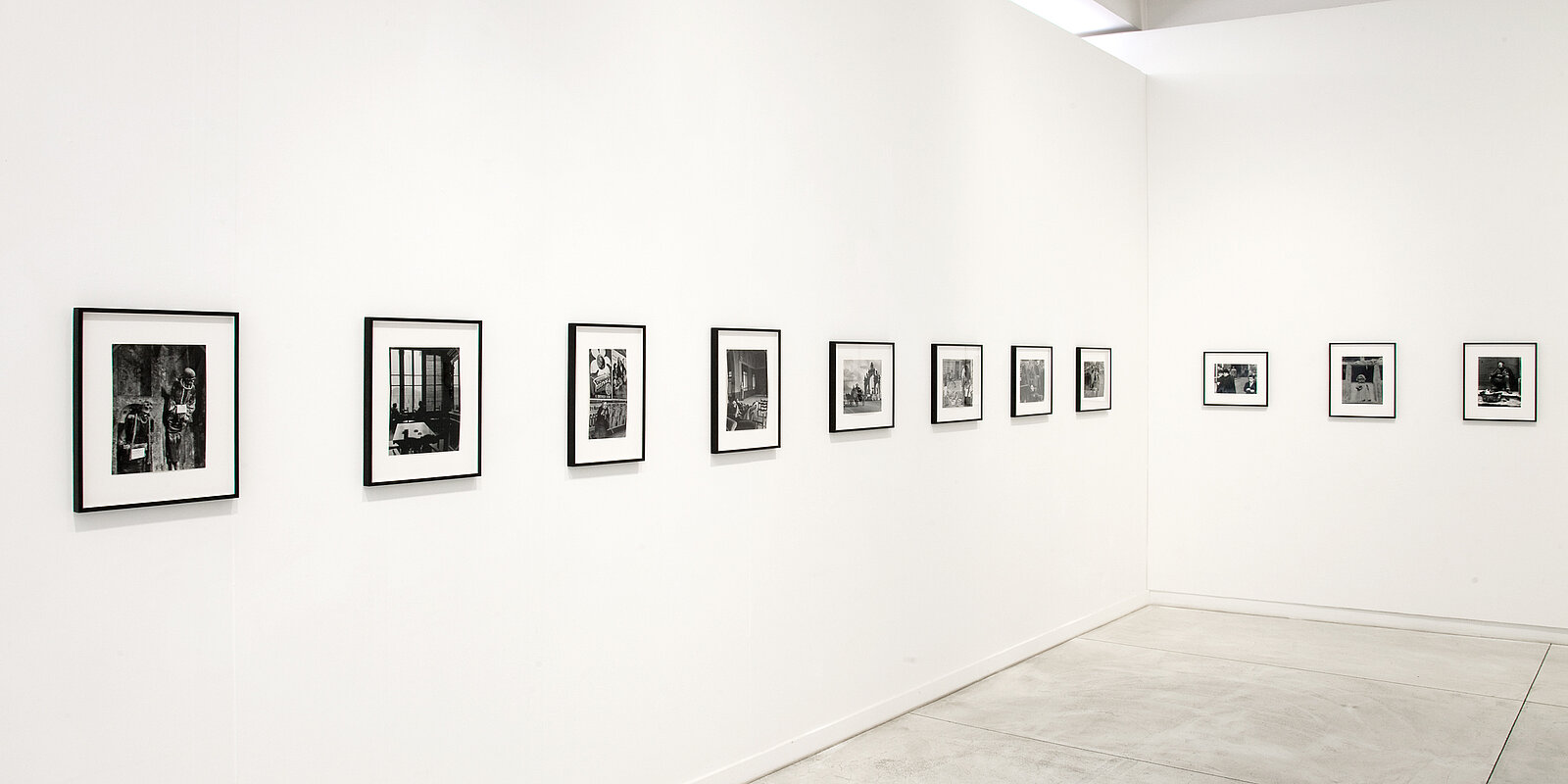 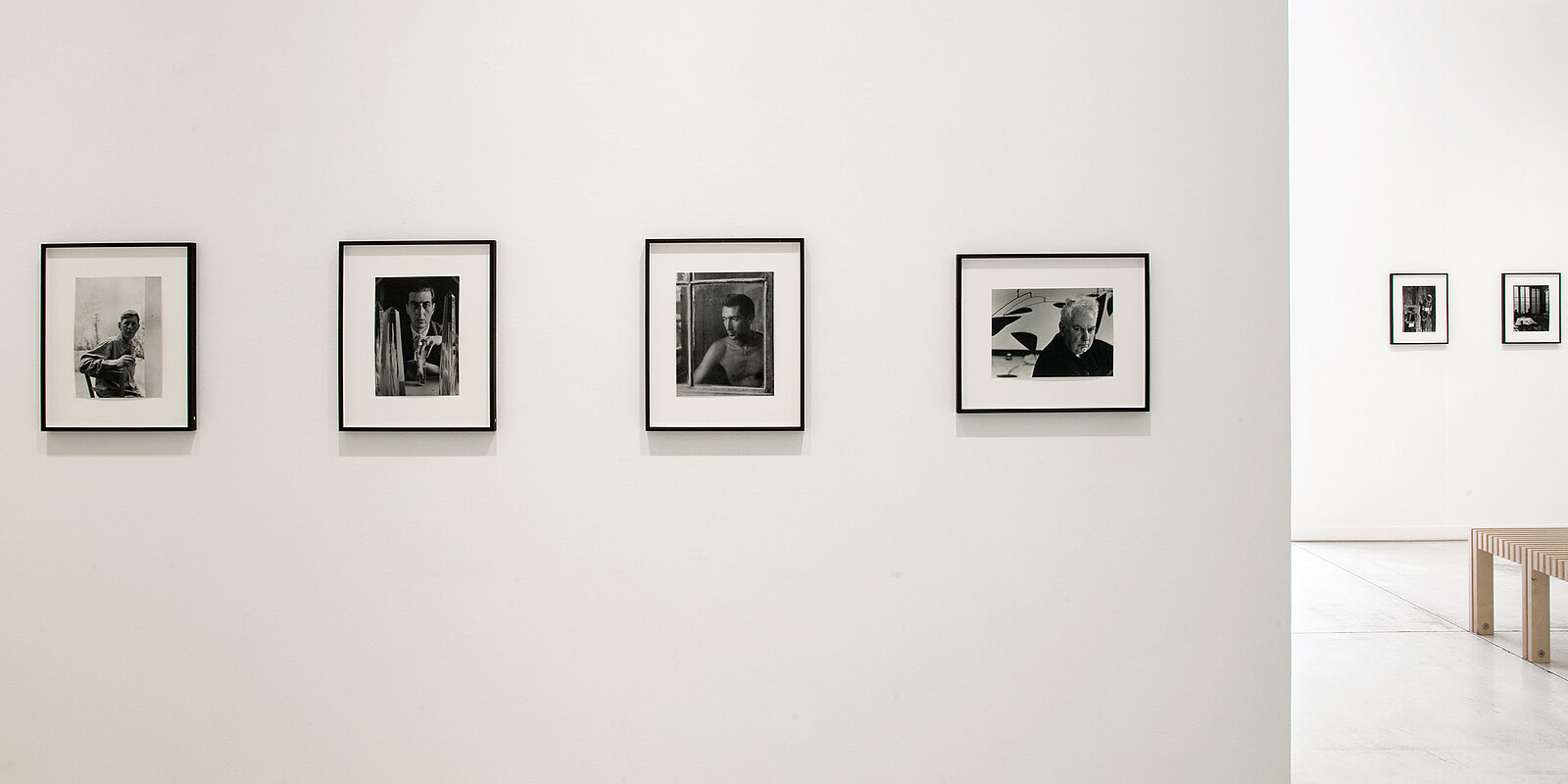 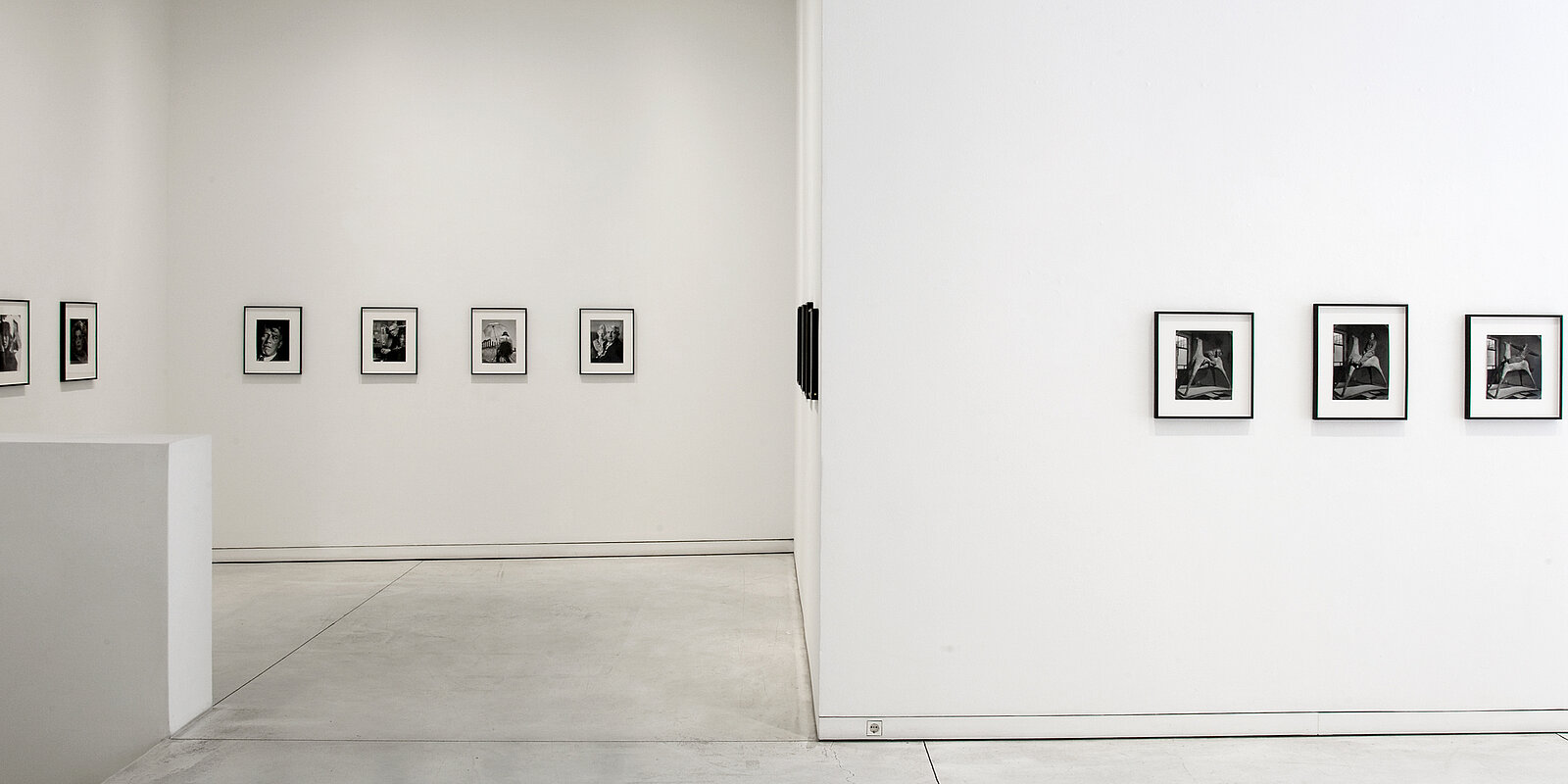 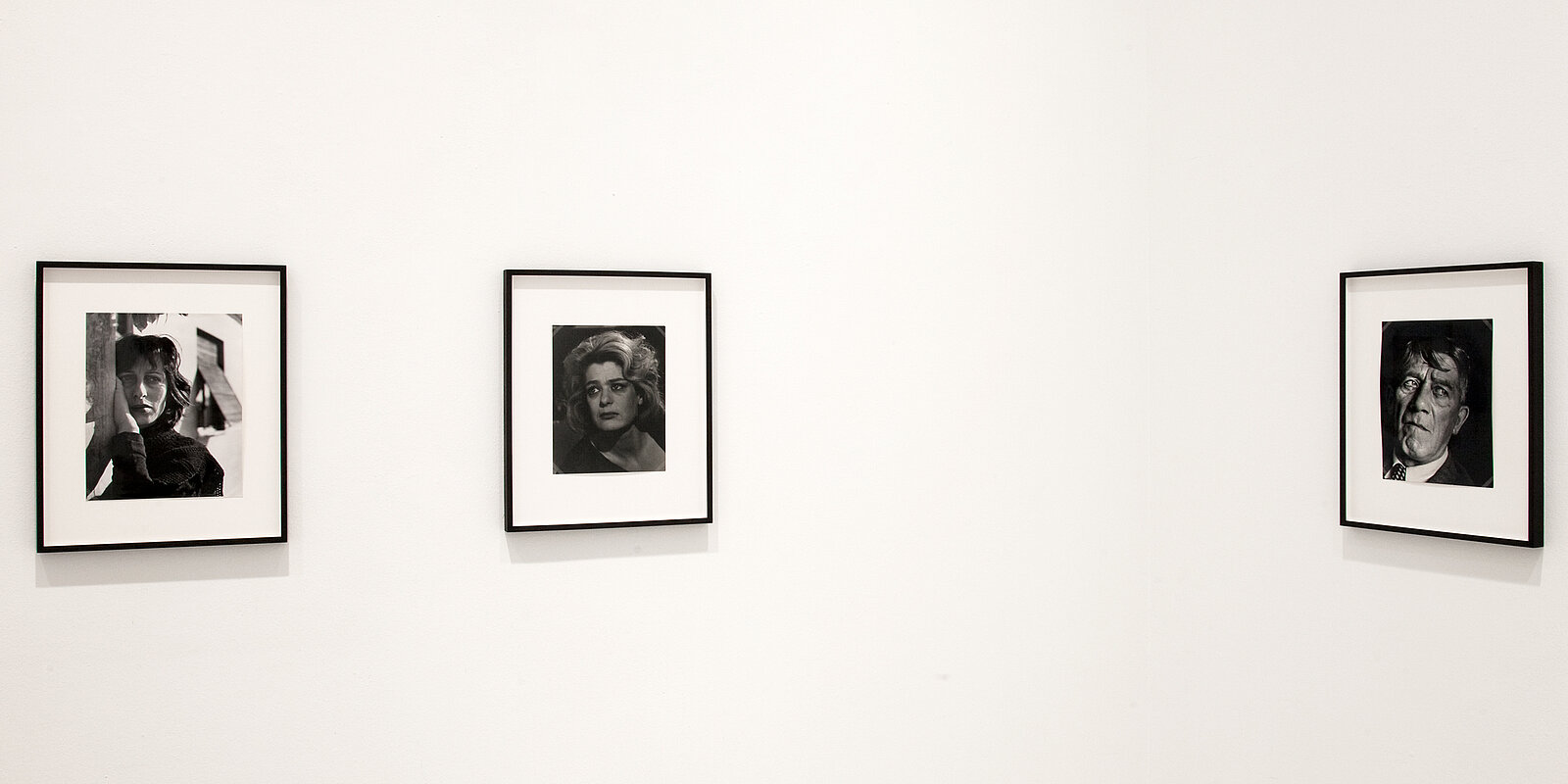 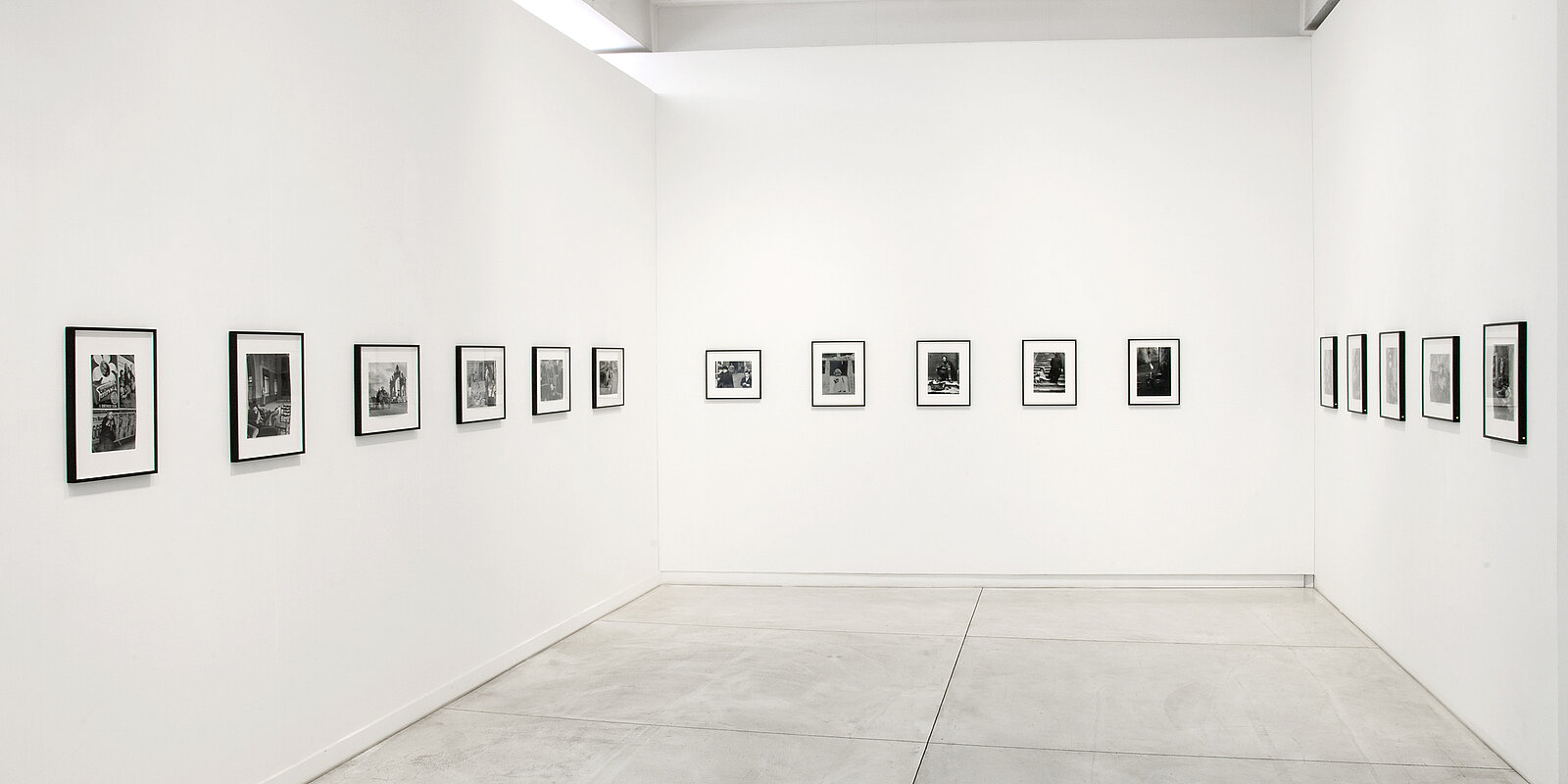 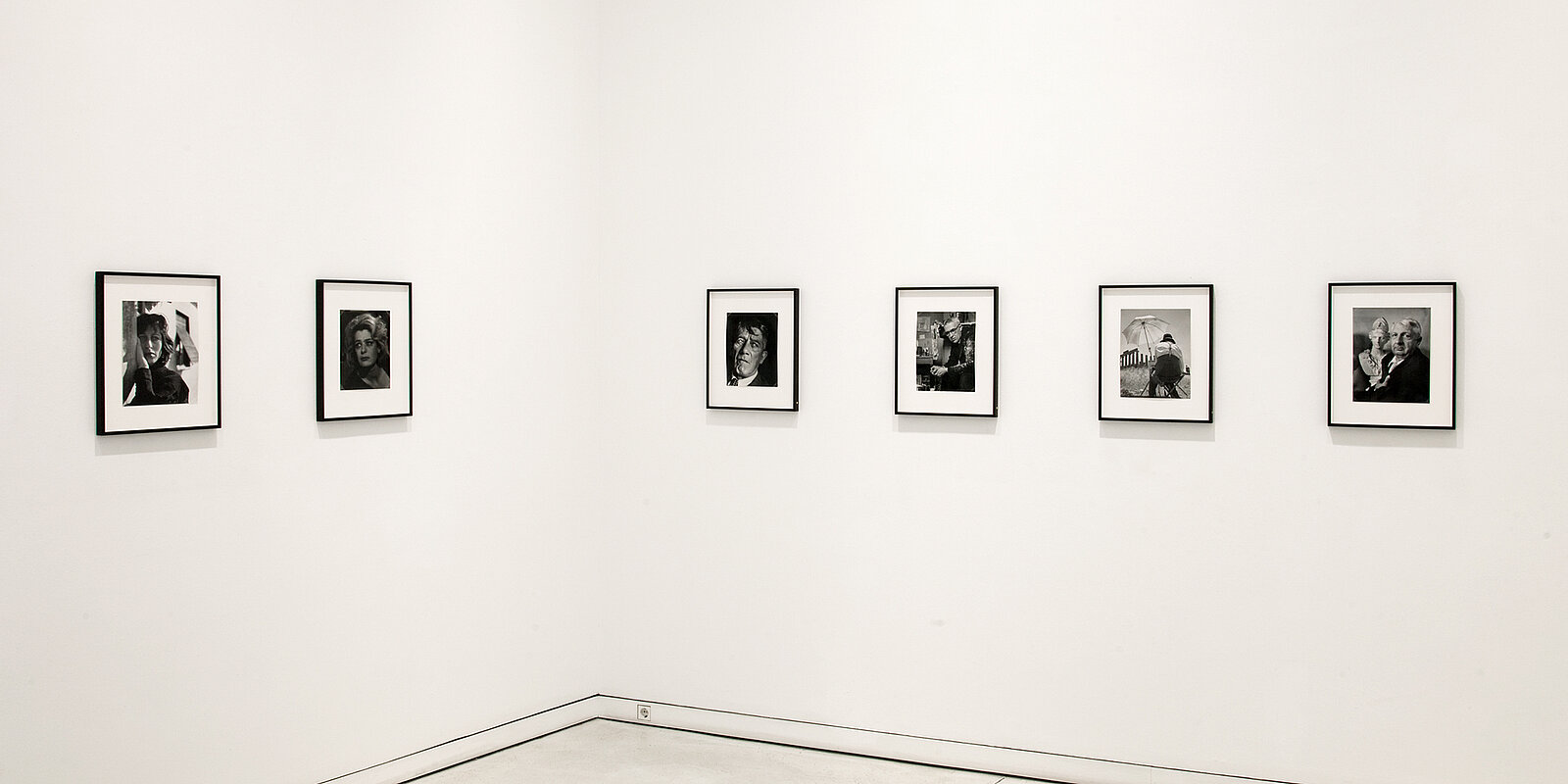 In the 1930s, creating works of homoerotic sensuality in line with classical aesthetics, Herbert List took photographs of vigorous boys worshiping the sun on the beaches and coasts of Liguria, and on the islands of Capri and Ischia. He dealt with age, loneliness, and death in a 1938 picture essay about Casa Verdi, the old-age residence and final destination for many singers and musicians at La Scala in Milan. List's photographs taken in the catacombs of Palermo's Capuchin monastery (Le Catacombe dei Cappuccini) with skeletons wrapped in robes whose bizarre facial expressions gain an uncanny presence thanks to close vision and lighting effects, date from 1939. Another grotesque photographic essay shows the monster monuments overgrown with moss and leaves in the Sacro Bosco of Bomarzo (province of Viterbo, Lazio), which is used as a pasture and playground. In the jaws of Orcus, the personified throat of hell, stands a shepherd boy trying to survey his flock of grazing sheep. The ingenious gardens designed by architects Pirro Ligorio and Giacomo Barozzi da Vignola on behalf of the Roman condottiero and patron of the arts Pier Francesco (called Vicinio) Orsini between 1552 and 1585 are unique and full of puzzles.

Herbert List uncovers, and, at the same time, ironically comments on, the monumental character of architecture in Rome, the Eternal city, by juxtaposing it with people or animals: the giant marble hand of the Colossus of Emperor Constantine points its index finger towards Heaven behind a monk's head; a cat poses under a monumental head of Jupiter. In 1952, the camera artist first used a 35 mm camera (Leica) with a telephoto lens to candidly capture events on the piazza in the Trastevere district for his View from a Window series. For a photo report about Naples, Herbert List went on photographic forays through the city starting in 1957. His sympathy was with the local residents: fishermen, traders, craftsmen, seamstresses, and laundresses, but also nuns and priests, idlers and singers, and, in particular, with the street urchins. A native of Naples, director and actor Vittorio De Sica interviewed the people List portrayed. Their collaboration resulted in Napoli, an illustrated book published in 1962; featuring photographs of authentic everyday occurrences and quotations from the people shown, it provides an overall picture of the southern Italian metropolis interspersed with social criticism.

As a specialty of Herbert List's photography, the exhibition presents vintage gelatin silver prints of portraits of contemporary artists, writers, and intellectuals from List's circle of acquaintances, including Giorgio de Chirico and Giorgio Morandi, Anna Magnani, Wystan H. Auden, Pier Paolo Pasolini and Benedetto Croce, to name just a few of these character studies that are considered among the outstanding achievements of 20th century portrait photography. 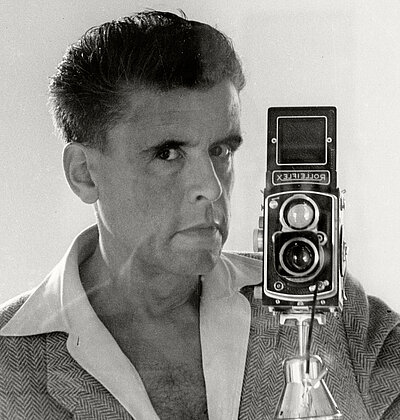