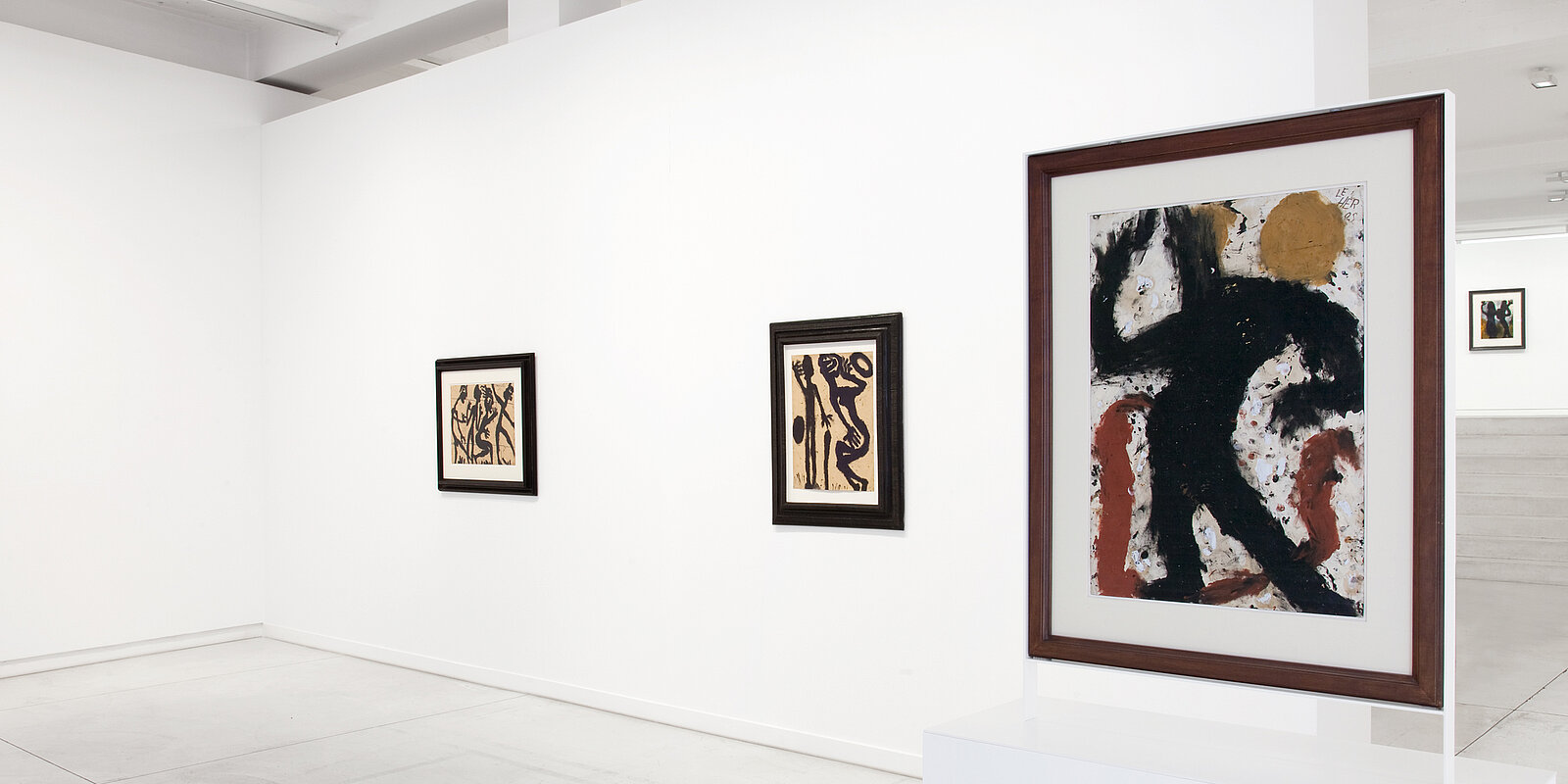 Visits are possible by appointment.

After the success of the show on display in the gallery's Paris location in the summer of 2020, Galerie Karsten Greve is delighted to present an exhibition focusing on the late work of Swiss artist Louis Soutter (1871–1942) in Cologne. To complement the presentation of Karsten Greve's remarkable collection, new loans made available by private collectors will be shown in Cologne. Galerie Karsten Greve first presented Louis Soutter's finger paintings in a 1998 Cologne exhibition that was to contribute to the artist's well-deserved renown in Europe and across the world. After more than ten years of preparation, Karsten Greve is particularly pleased to be giving Louis Soutter's finger paintings special weight in the accompanying publication, Louis Soutter. Un Présage, published to mark Louis Soutter's 150th birthday. With texts by Michel Thévoz, the author of the catalogue raisonné on Louis Soutter, French writer Éric Vuillard, and a poem by Hermann Hesse, this book is particularly noteworthy for its literary emphasis.

Born the son of a pharmacist in Morges, in the Swiss canton of Vaud, in 1871, Louis Soutter had the path to a promising career paved for him: after studying engineering in Lausanne, he embarked on architectural studies, which he abandoned to turn to music. He trained as a violinist with composer and conductor Eugène Ysaÿe at the Royal Conservatory in Brussels, and subsequently resumed his drawing studies. The artist became interested in the European avant-garde, especially in a group of Belgian painters known as the Société des Vingt, or Les XX, founded in 1883. Louis Soutter emigrated to the United States where he married Madge Fursman, an American musician, in Colorado Springs, and was appointed head of the Fine Arts department at Colorado College. Following a bout of typhoid fever, the death of his father and sister, and after his divorce, the artist returned to Switzerland in 1903, physically weak and mentally broken. 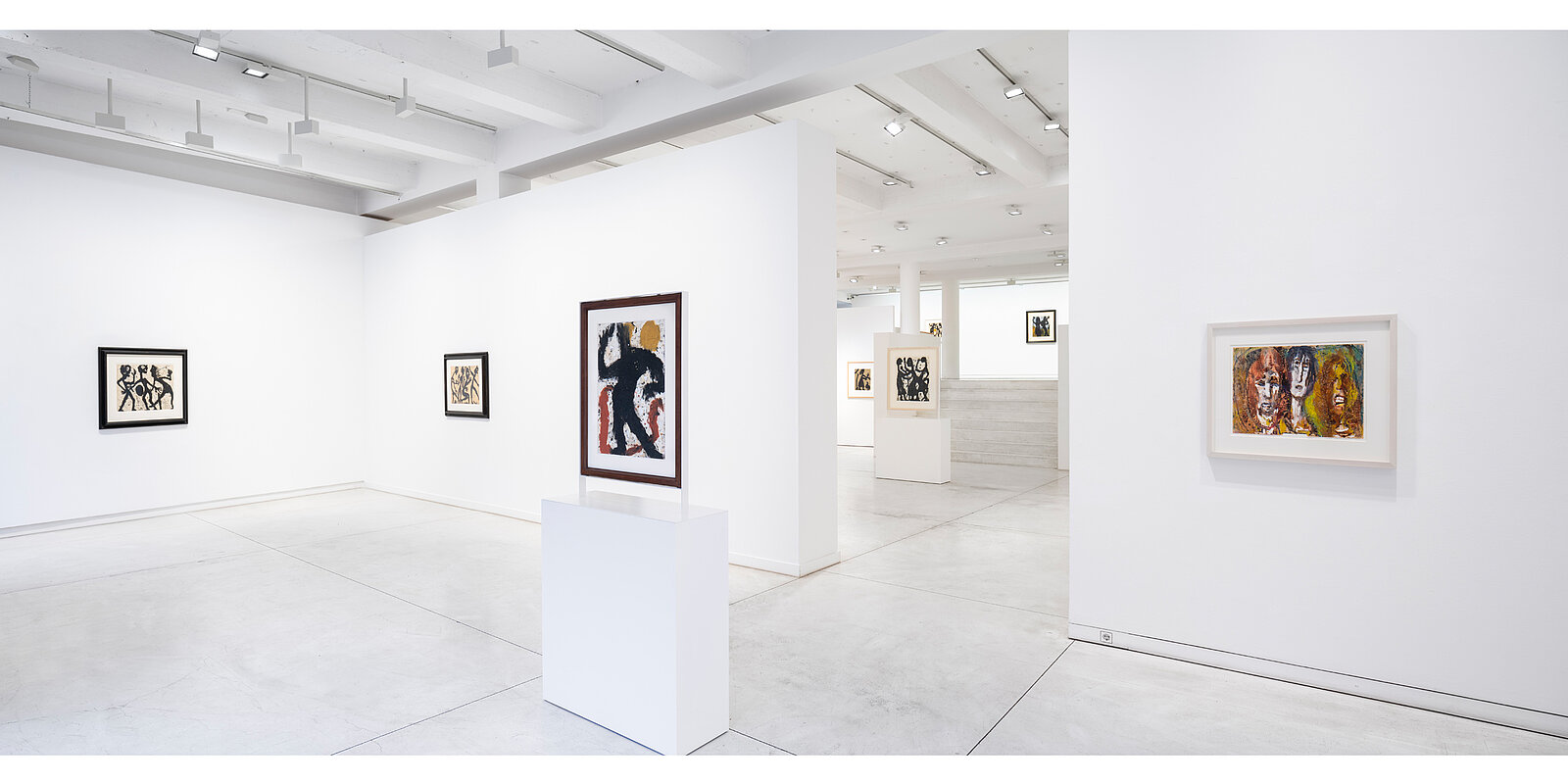 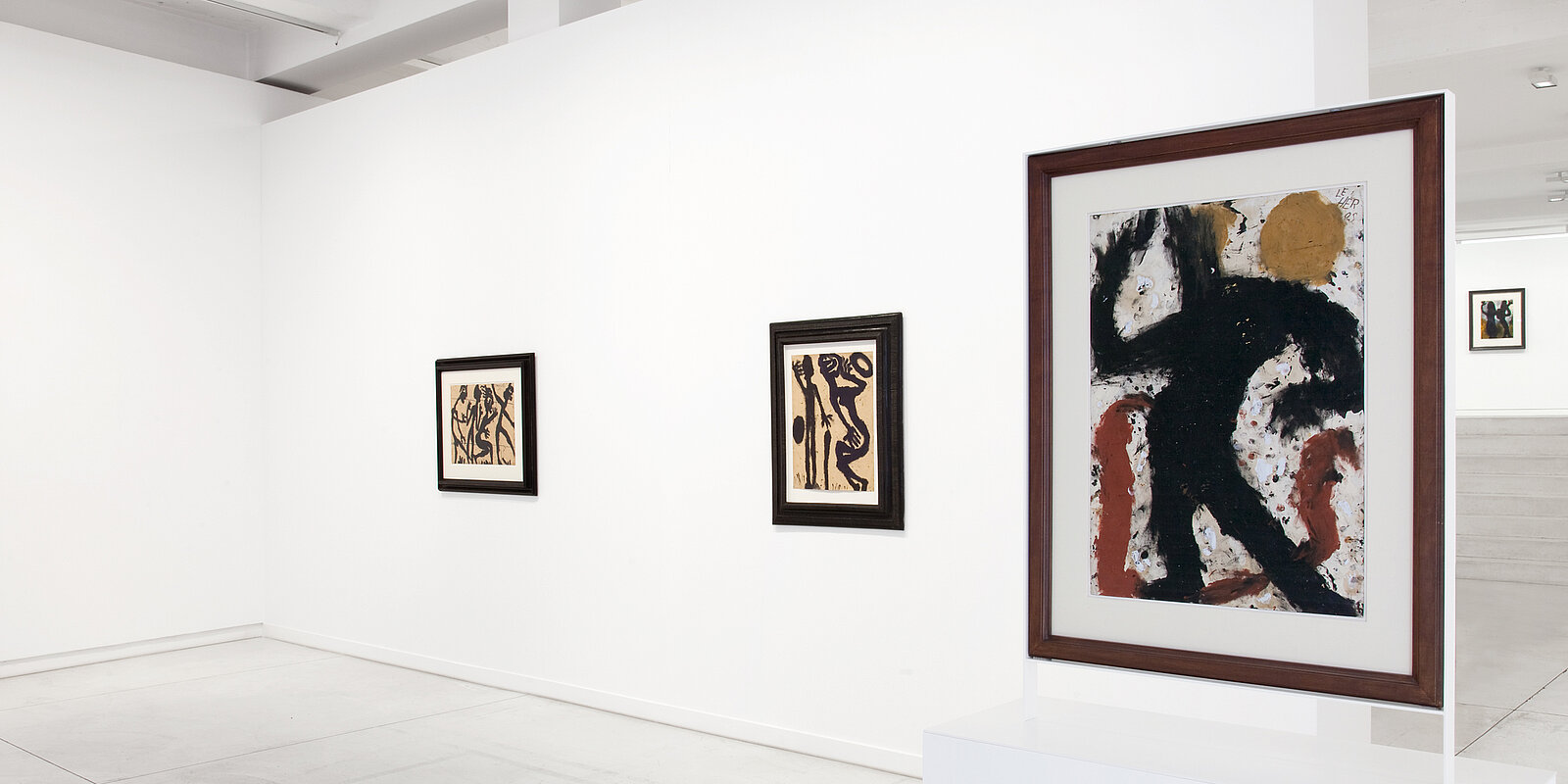 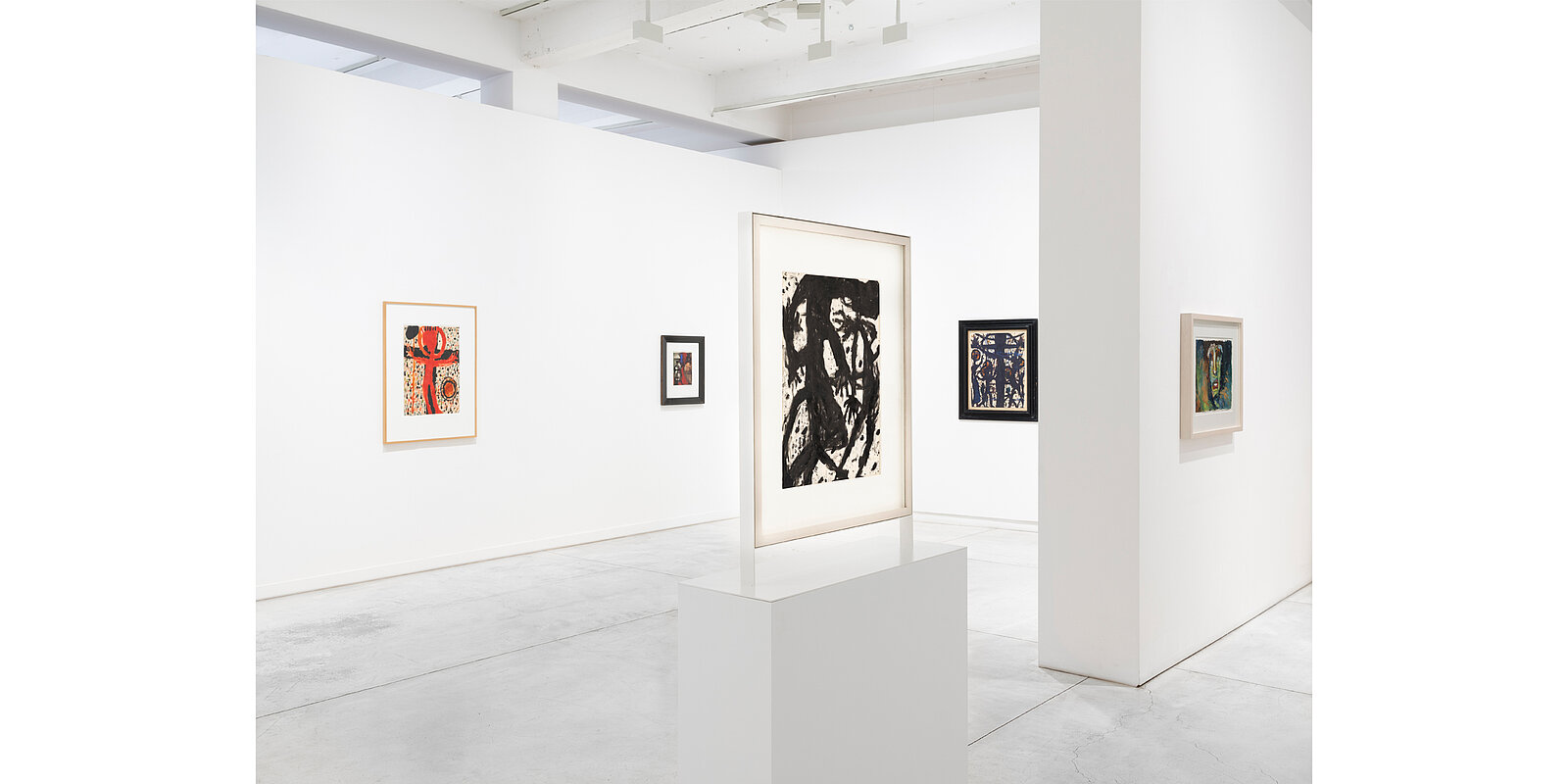 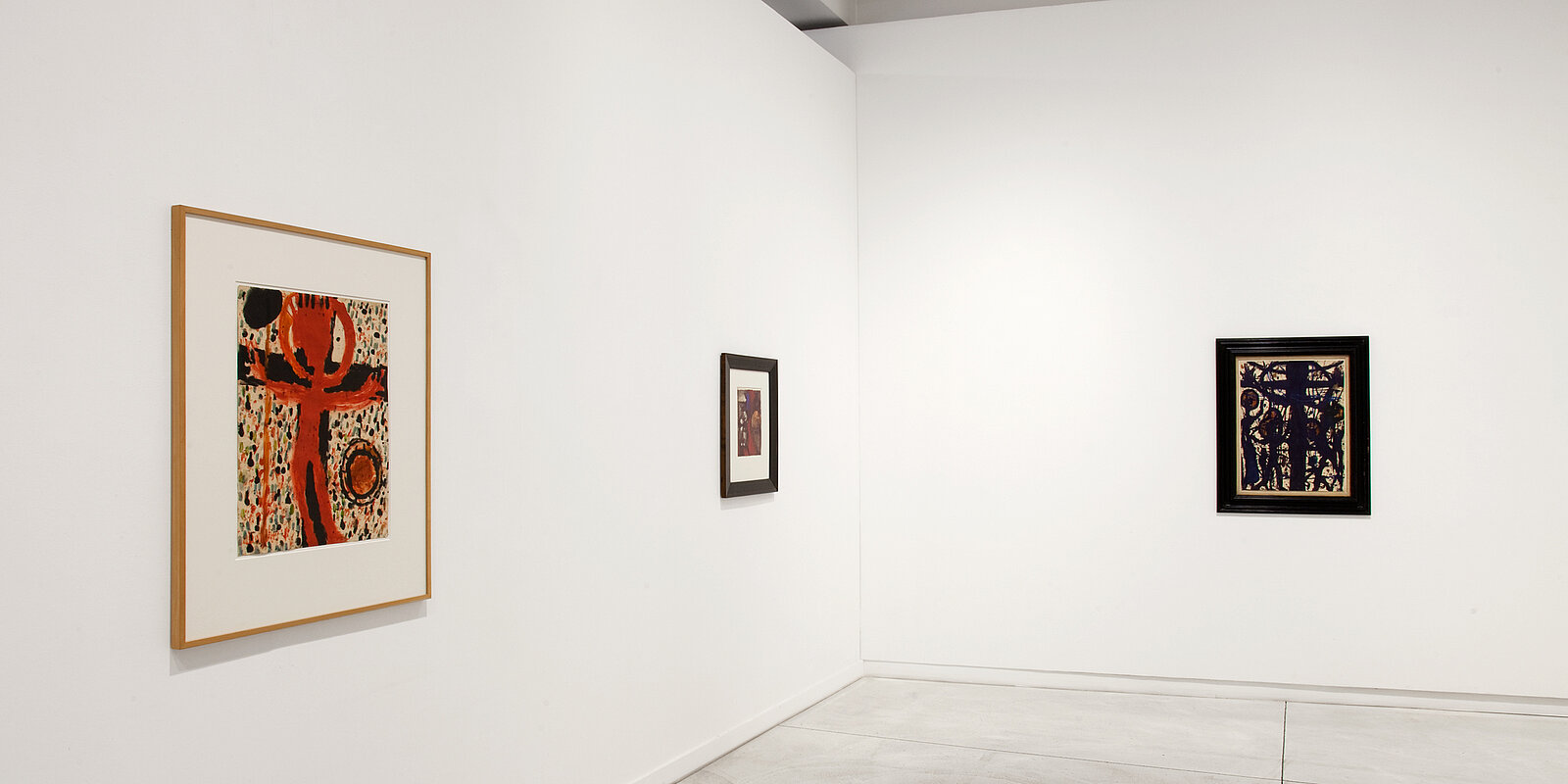 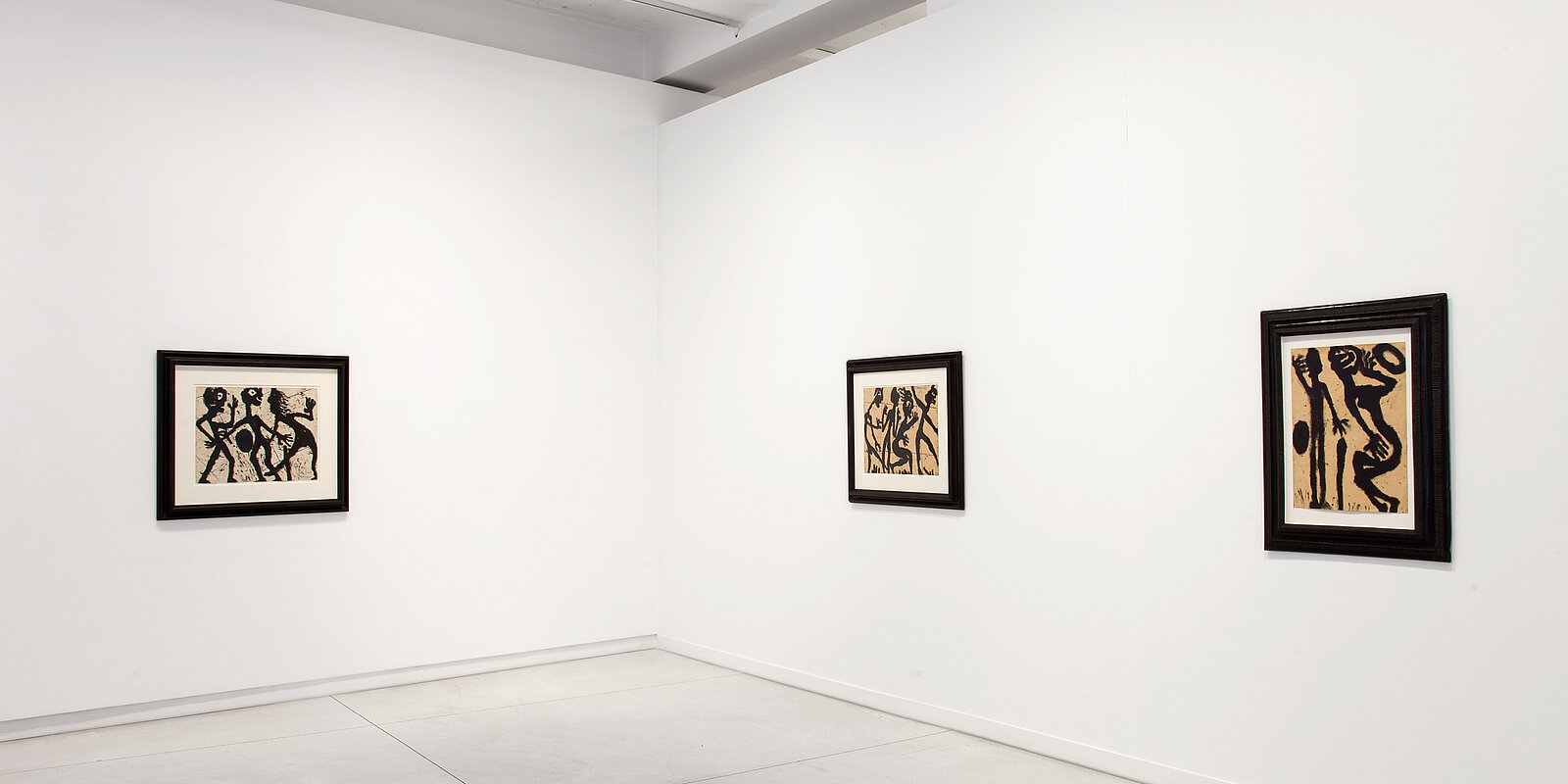 In 1915, he lost his position as first violinist in the Geneva Symphony Orchestra, and went on to serve as a cinema and coffee house violinist. In 1923, Louis Soutter, heavily in debt by the time, was detained in a nursing home in Ballaigues, a remote village in the Vaud Jura. It was in the desolate seclusion of this institution that his extremely productive creative phase began; it was to last more than nineteen years. Despite living the life of a hermit, his work was supported by a small group of friends, amongst them Jean Giono and the Vallotton brothers, who presented his works in their Lausanne gallery, and not least by his cousin, the architect Le Corbusier, who organized exhibitions for him in the United States. As Le Corbusier was at odds with his cousin's finger paintings, he eventually turned away from him. Unnoticed by the public, Louis Soutter died in Ballaigues in 1942.

It was not until 1961 that his works were rediscovered thanks to the Musée Cantonal des Beaux-Arts in Lausanne, which had acquired a large selection of works and dedicated a first retrospective to Louis Soutter. The Fondation Le Corbusier in Paris brought a major part of his drawings back to light. His work has been presented in international exhibitions from the outset, and is held in prestigious private and public collections, including the Kunstmuseum Basel, the Museum of Modern Art, New York, Museum Winterthur, and Kunsthaus Zürich.

Stirring and of extraordinary intensity, Louis Soutter's finger paintings seem to be illustrations of the poem Hermann Hesse wrote about the painter in 1961: "neither handsome nor reasonable, it’s precise; I paint with ink and blood, I paint truth. Truth is terrifying." A visionary imagination which brings to mind traumatic experiences and states of fear is evident in the finger paintings focusing on a wide range of Christian and mythological motifs. Using a special technique, Louis Soutter would "stamp" the figures on paper using his fingertips dipped in black ink or oil or printer's ink. Closely lined up, the black silhouettes are devoid of any physical substance, neither is their swaying flexibility an expression of vitality; rather, the black shadows gesticulating with oversized hands seem to stagger as if they were caught in a net or behind a wire. Historical incidents in the ghettos and concentration camps of that time were reflected in Louis Soutter's finger paintings at the same time that, and even before, they took place in reality. His late artistic work is prophetic in character, and without parallel in European art of the nineteen twenties and thirties. 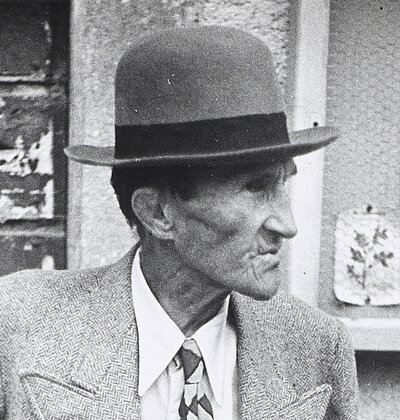