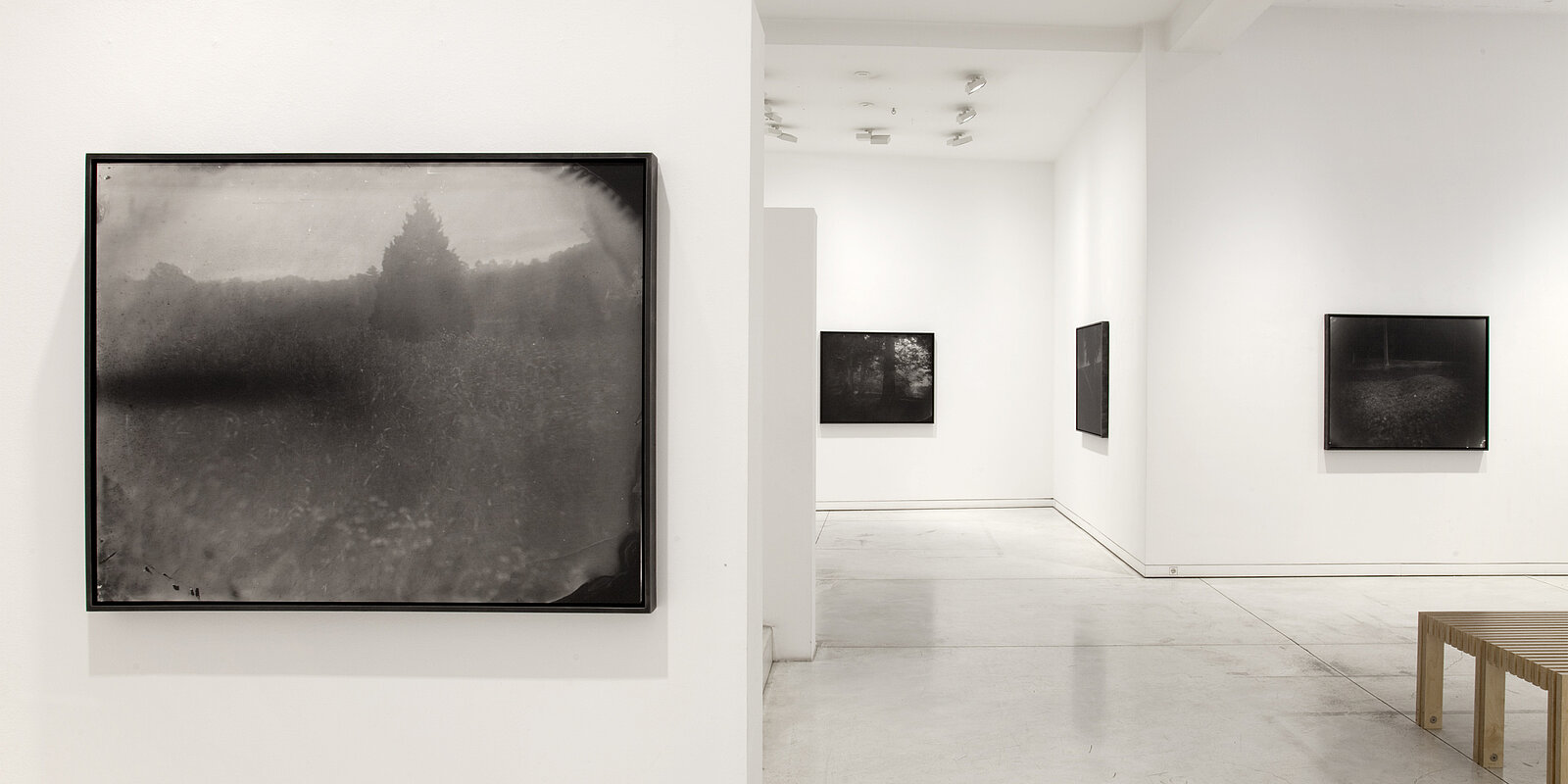 "I looked across those oblivious fields, and thought Isaiah was right: 'surely the people is grass.'"

Sally Mann, born in Lexington, Virginia, in 1951, is the daughter of a country doctor who raised his three children allowing them, by Mann’s own account, to be “benignly neglected”. In 1975, having completed her MA studies in literature and creative writing, she started her career as a professional photographer, a career that has lasted forty-five years now. Even though she received a Guggenheim Foundation grant in the 1980s, it was not until 1992 that she began to become better known. Upon publishing Immediate Family, a series of nude photographs of her young children, in 1992, American right-wingers criticized Mann for alleged child pornography; with political correctness gaining ground, she was also caught in the line of fire from left-wing circles. Nonetheless, her photography has earned her several awards including the “Photographer of the Year” Award (Friends of Photography) in 1995. Time Magazine named Mann “America's Best Photographer” in 2001. On a regular basis, her work has been presented in solo and group exhibitions, and is held in prestigious public collections in the United States, including the Metropolitan Museum of Modern Art in New York, the Whitney Museum of American Art in New York, the San Francisco Museum of Modern Art, and the Smithsonian Institute in Washington D.C. 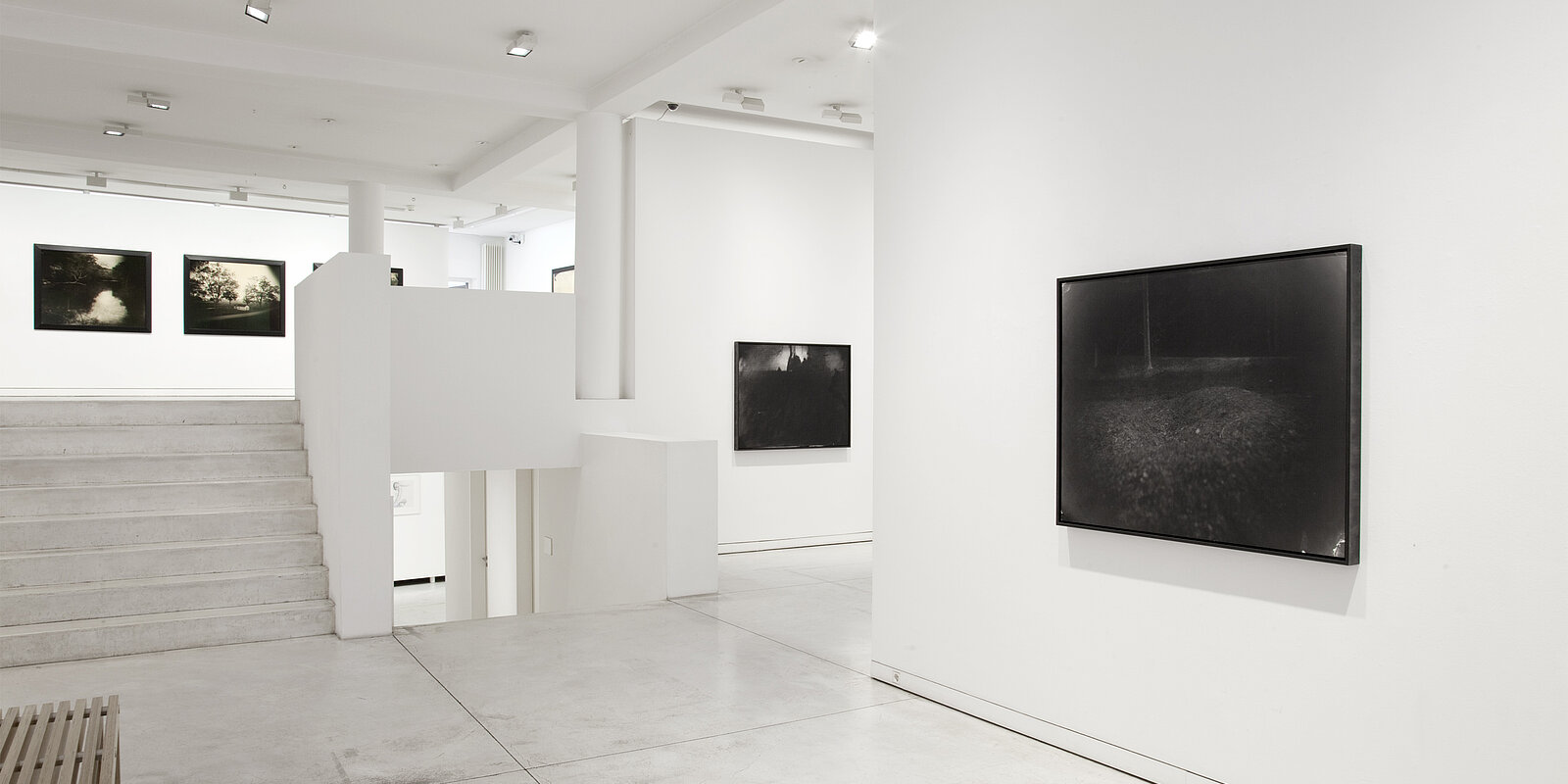 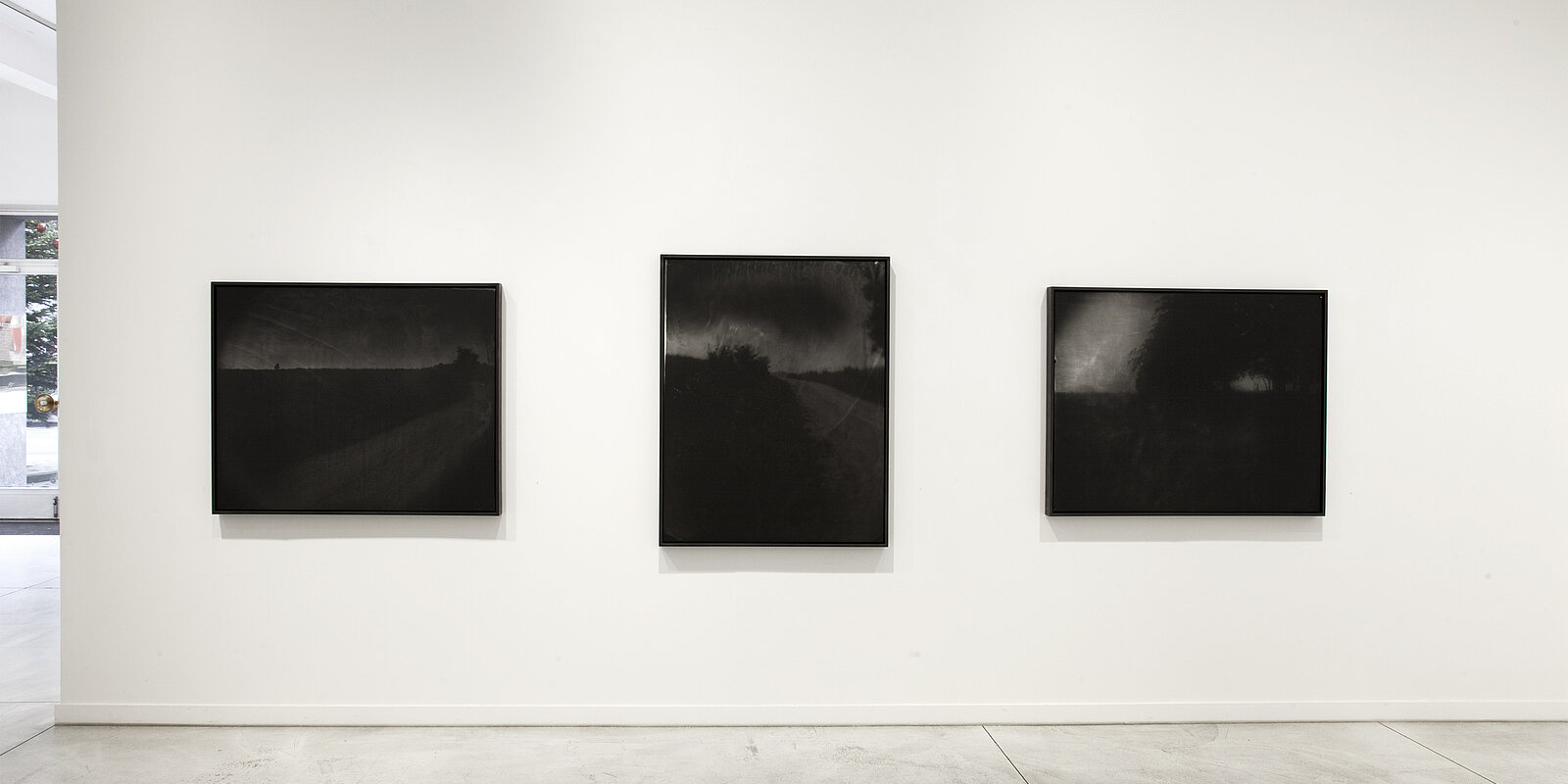 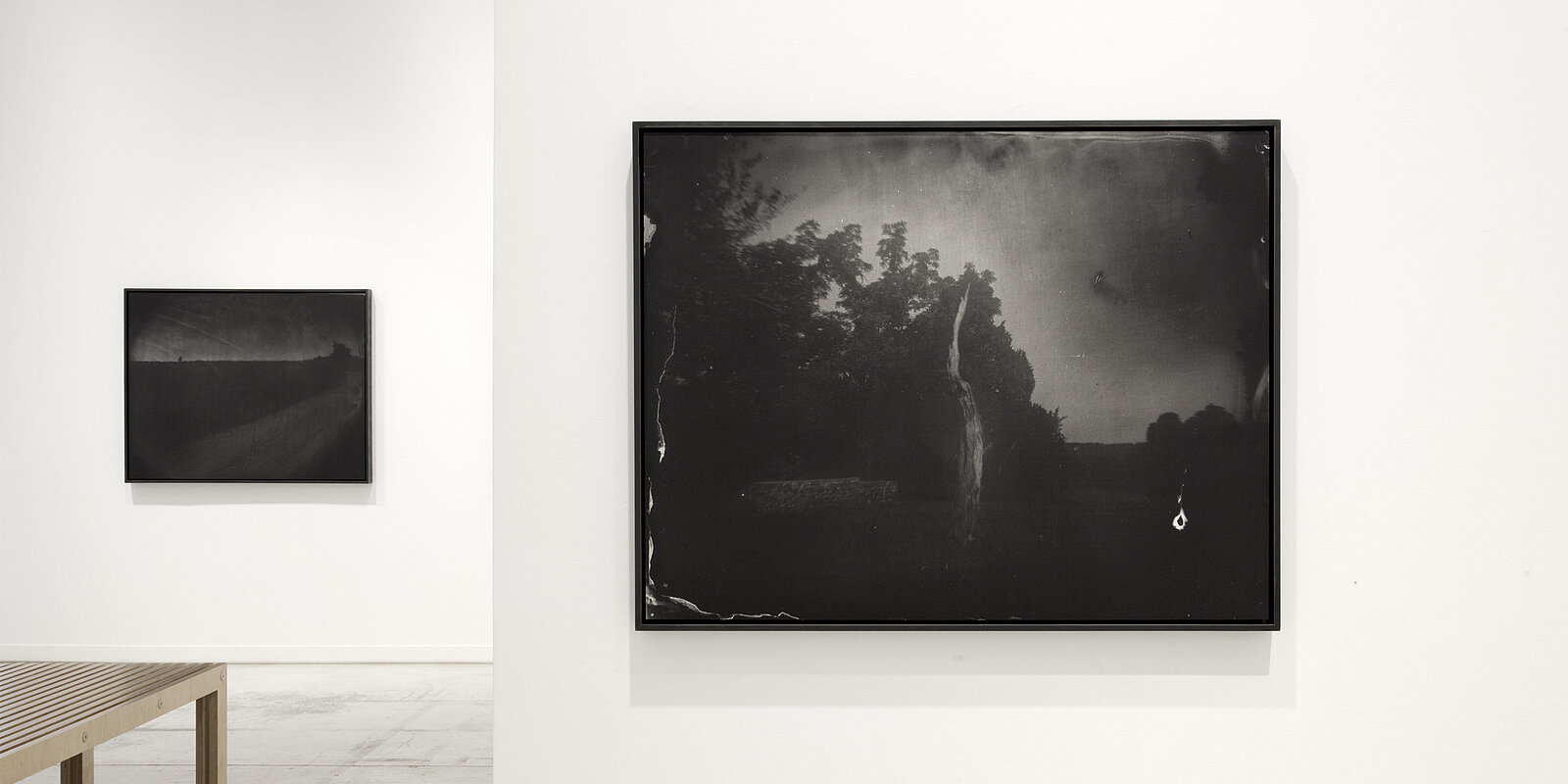 Whereas her landscapes from the Deep South series are depictions of the treacherous and quiet Louisiana and Mississippi jungle, the Battlefields series shows barren land with a focus on the soil and with a thin horizon that gives little room to the gloomy sky, mostly covered by clouds. In these landscape photographs, trees often serve as “solo performers”. To Sally Mann, these striking, soaring trees stand as witnesses to a bygone age: “I think of trees as the silent witnesses to so much of what happened on my poor, heartbroken Southern soil – so many of them are ancient, and surely they hold deep in their woody souls that which happened when the lives of men intersected with theirs when they were saplings...” Natural landscape turns into historic landscape, what can be seen mingles with that which is remembered, the boundaries between the present and the past become blurred. The romantic landscapes of the American South happen to be the Civil War battlefields such as Antietam, Manassas, Chancellorsville, Appomattox, Fredericksburg, and the Wilderness – nothing but a neglected or abandoned area. The lyrical mood of reminiscence captured in the dark, almost black landscapes looks back to the American Civil War generation, to the losses sustained, and to the varied fortunes of a region. 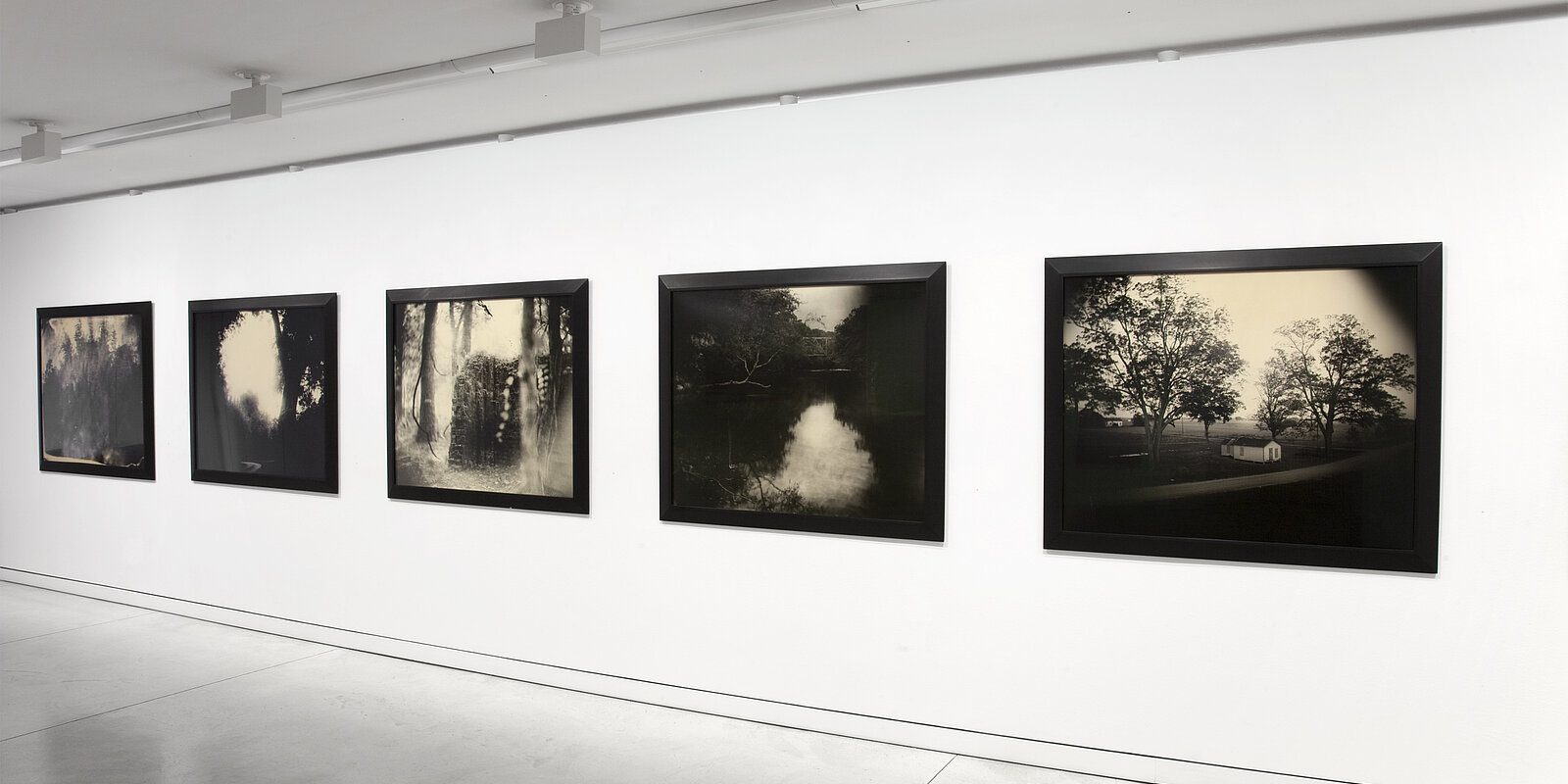 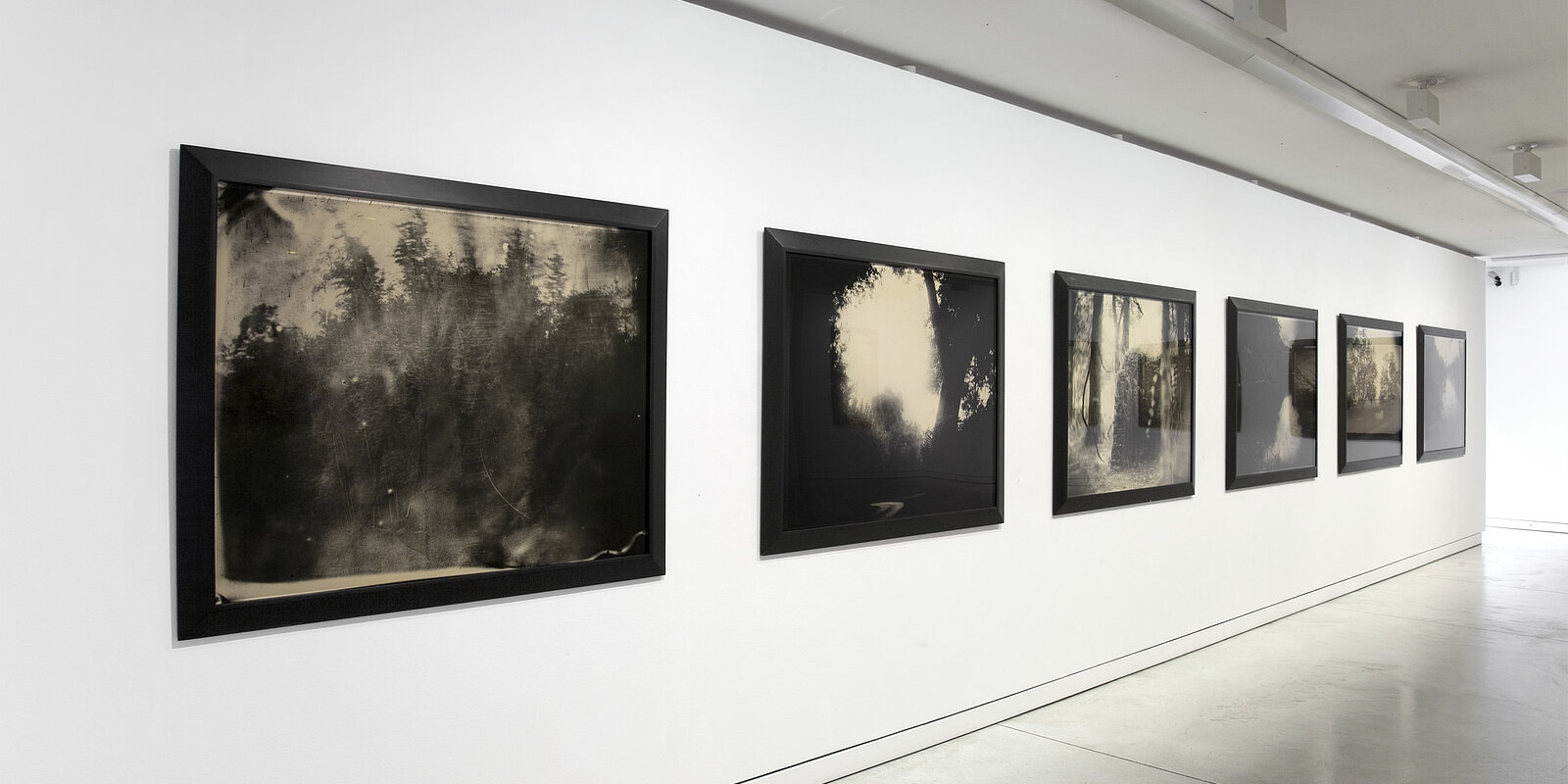 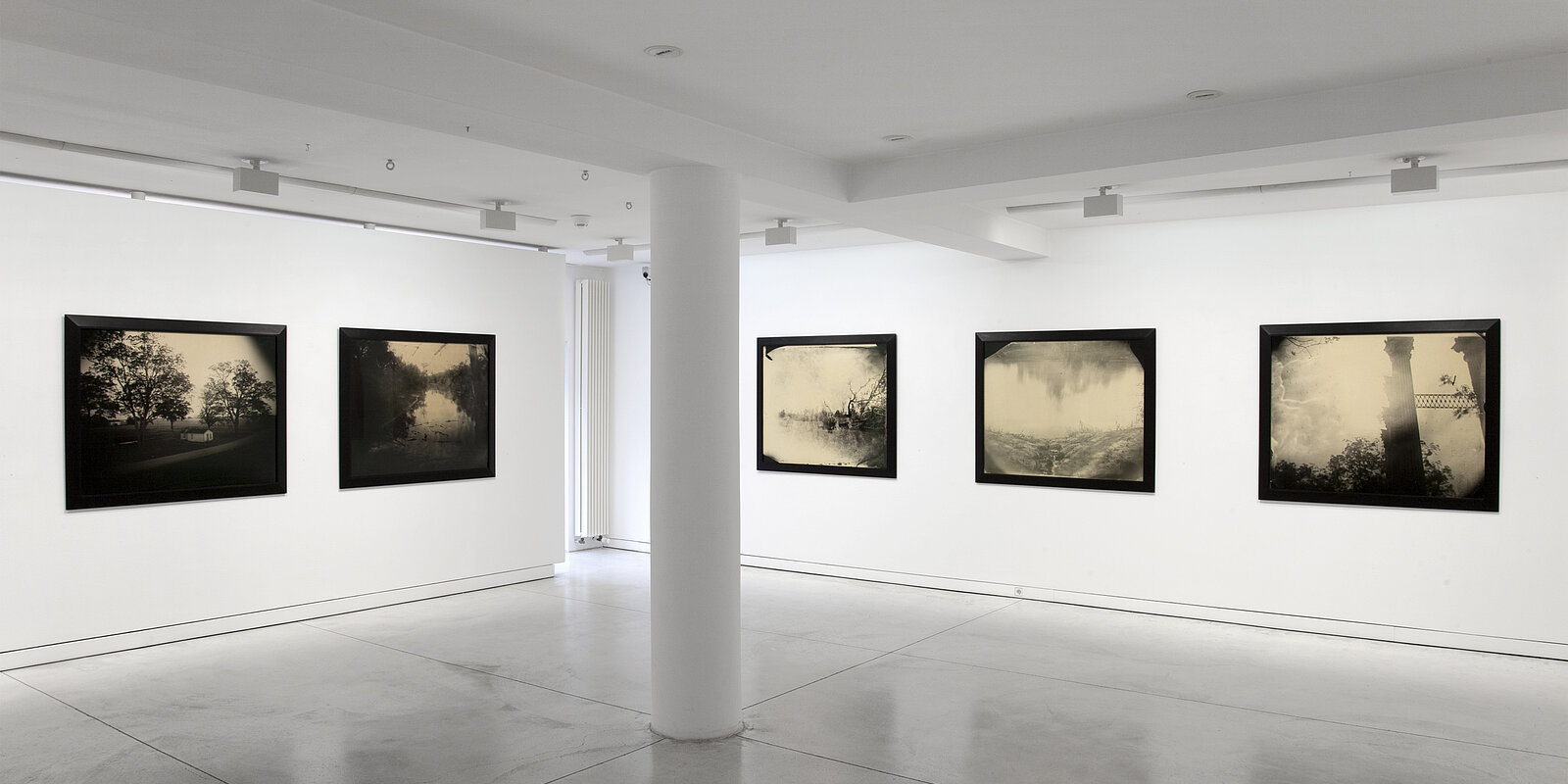 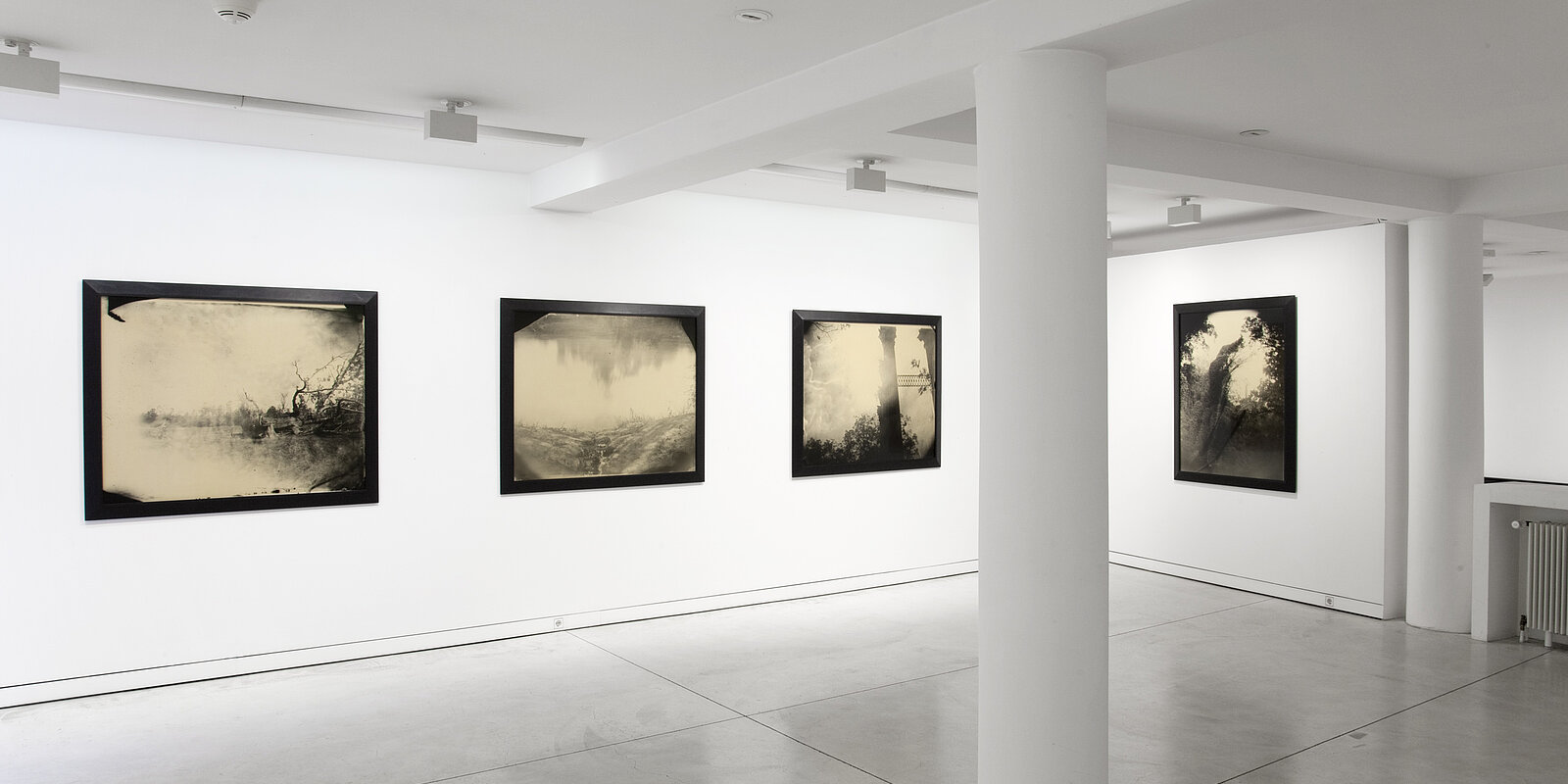 The impression of lyrical nostalgia is intensified by the special photography techniques Sally Mann employs. From the very start, she has worked with analog equipment and in large-format black-and-white, mainly utilizing antique glass plate cameras, such as those used in the 19th century in the collodion wet plate process first developed in 1850/51. A carefully cleaned glass plate is covered with a solution of collodion wool and iodine and bromine salts in ethanol and ether. In the darkroom, the coating, which has dried to form a colloidal mass, is bathed in silver nitrate solution. In the process, the iodine salts are converted into silver iodide and silver bromide, which are finely distributed in the collodion layer. The plate that has been prepared in this way is removed from the silver bath and, with remnants of the silver solution still adhering to it, is inserted into the camera in a light-tight cassette. The plate must be exposed in the camera within a few minutes while still wet. In the darkroom, it is then poured over with iron sulfate solution. This immediately precipitates metallic silver as a dark powder from the silver nitrate solution suspended on the plate. The visual effect of this so-called ambrotype is based on a collodion layer on glass that is only briefly exposed and developed. In the glass negative, the light parts of the original appear dark and the dark parts of the original appear light. By backing the whitish glass negative with black paper or velvet, one can reveal the positive image. Sally Mann personally enlarges the vintage prints on gelatin silver paper and tones them with tea, elaborately processing and covering them with a special varnish containing diatomite and soil from the battlefields, giving her photographs a velvety and sensitive surface. In the enigmatic landscapes, the potential of the collodion wet plate process unfolds in an impressive and distinctive manner. Blurs, overexposure or discoloration and scars emphasize the subtle, dreamlike character of these photographs. 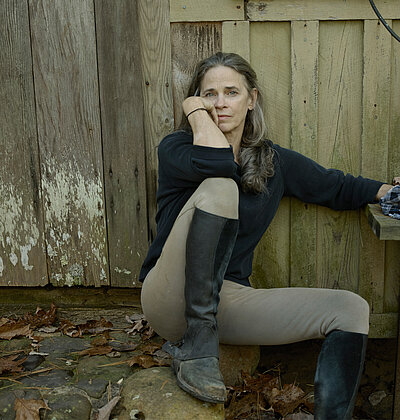