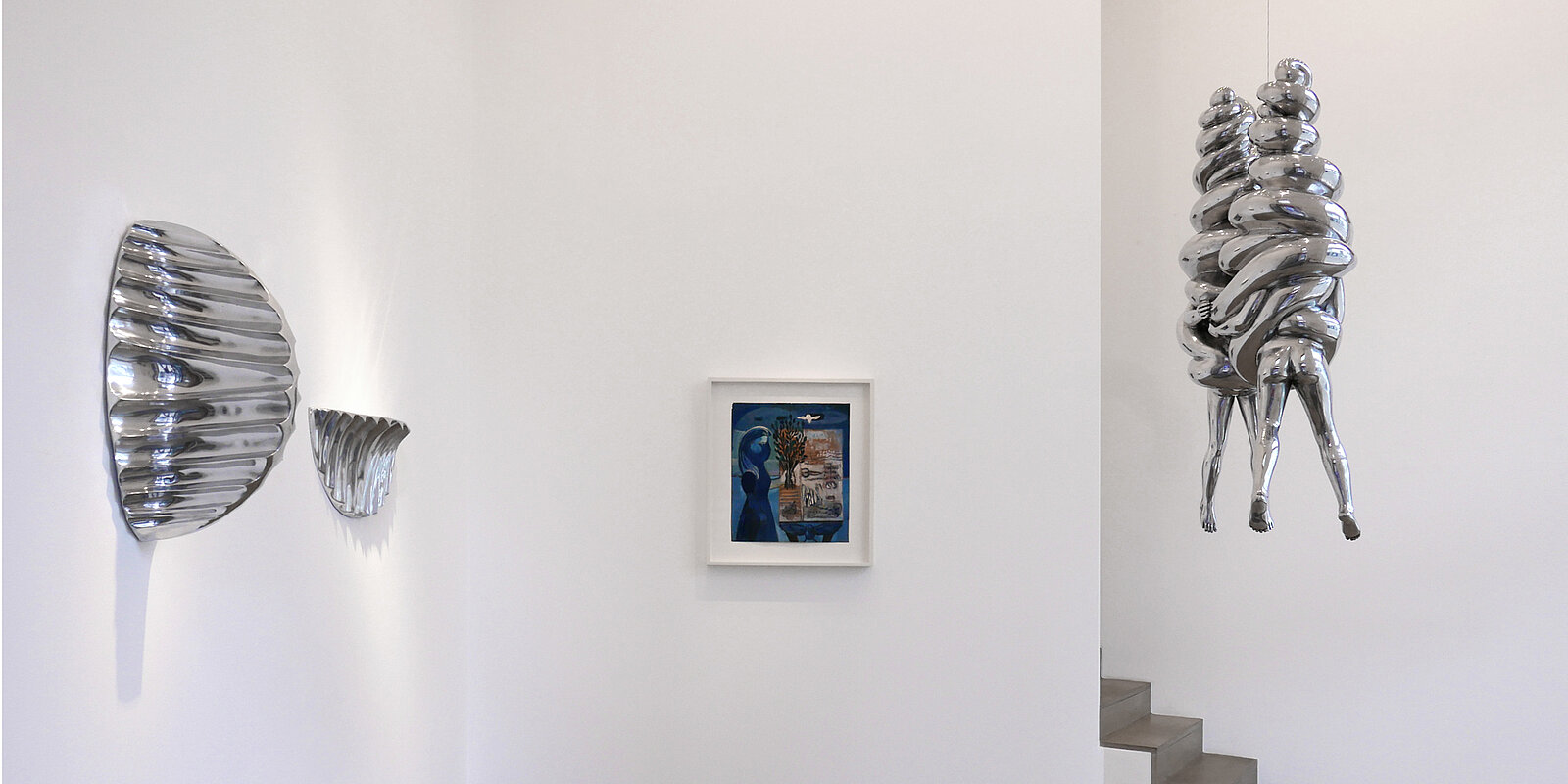 Galerie Karsten Greve AG is delighted to present its third solo exhibition of works by Louise Bourgeois (1911-2010) in its St. Moritz gallery space. Twenty-three distinctive pieces created during a period of six decades (1946-2007) are on show. The exhibition pays homage to one of the most significant artists of our time, reflecting thirty years of close collaboration between Galerie Karsten Greve and Louise Bourgeois. Following the artist’s first retrospective in Europe, shown at Frankfurter Kunstverein in 1989, Karsten Greve organized his first solo show of works by Louise Bourgeois in his recently opened Paris exhibition space in 1990. On the occasion of the opening of his gallery in St. Moritz in 1999, Karsten Greve dedicated a comprehensive show to the artist, followed by presentations in Paris and Cologne.

Born in Paris in 1911, Louise Bourgeois grew up in a bourgeois family in Choisy-le-Roi near Paris, where her parents ran a workshop for restoring tapestries; at an early age, she made the drawings for missing sections in tapestry designs. After dropping out of mathematics at the Sorbonne, she completed her art studies, between 1932 and 1938, at the École des Beaux-Arts and selected studios and academies in Paris, taking lessons with Fernand Léger, among others. In 1938, she was married to Robert Goldwater, the American art historian, and went with him to New York. She continued her studies with Vaclav Vytlacil, a teacher at the Art Students League of New York, until 1941, while being on friendly terms with European artists such as Joan Miró, André Breton, and other Surrealists in New York. In 1982, Louise Bourgeois was the first woman to be honored with a major retrospective staged by the Museum of Modern Art in New York, which marked the beginning of the artist’s international fame. In 1989, she had her first European retrospective at Frankfurter Kunstverein. The show travelled to Munich, Lyon, Barcelona, Bern and Otterloo. Her participation in documenta IX in 1992 and the Venice Biennale in 1993 brought her international recognition. 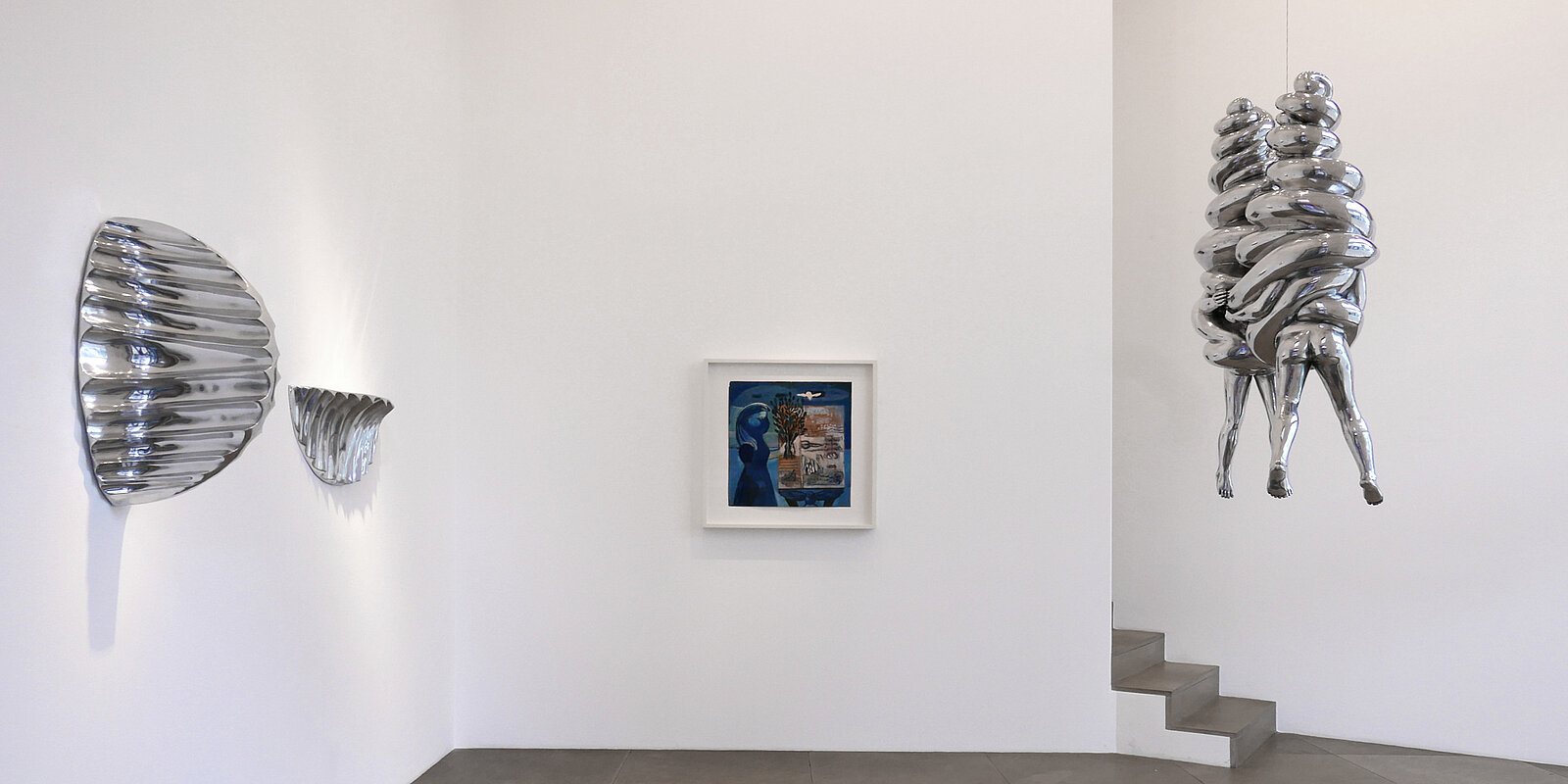 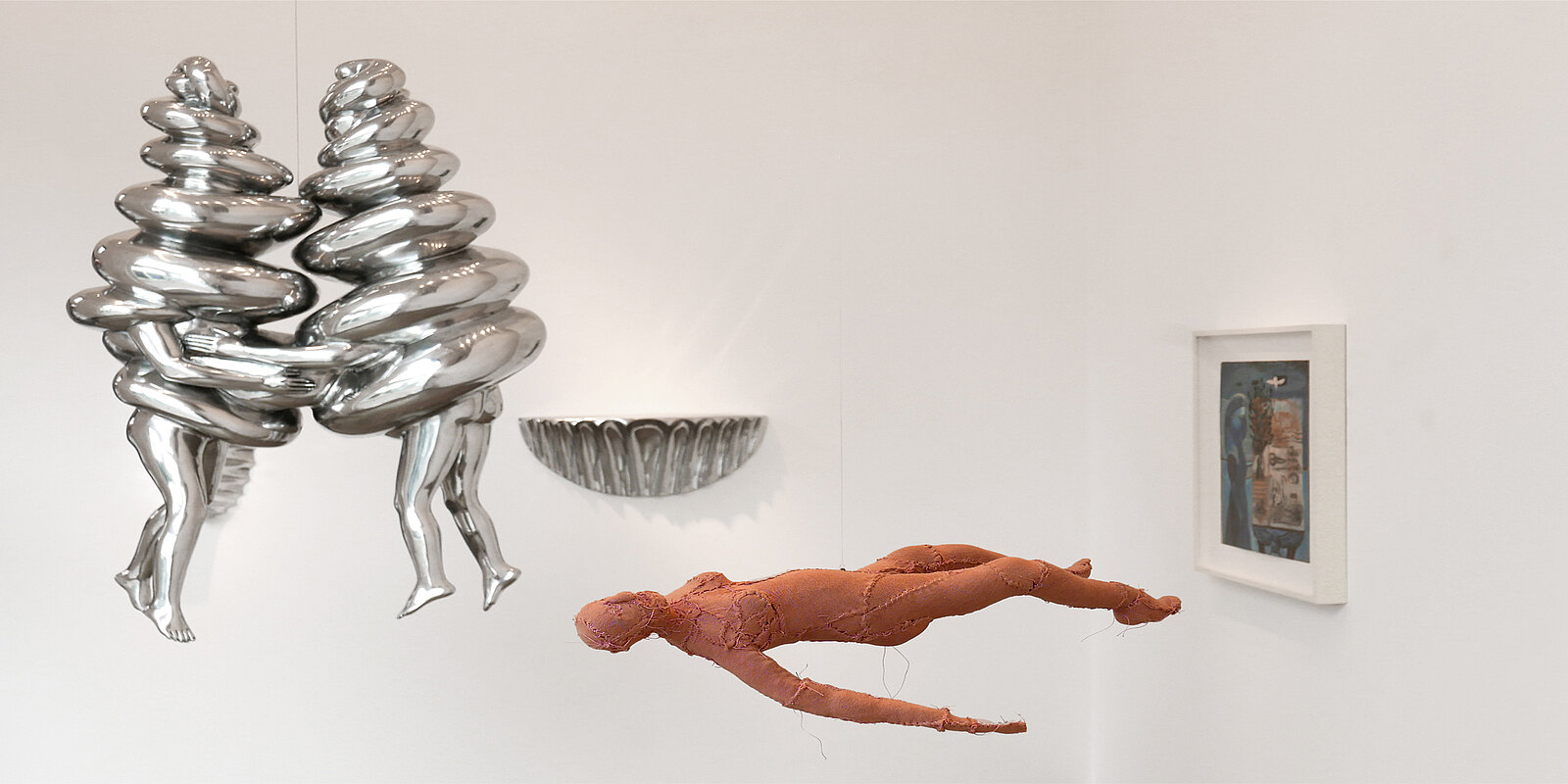 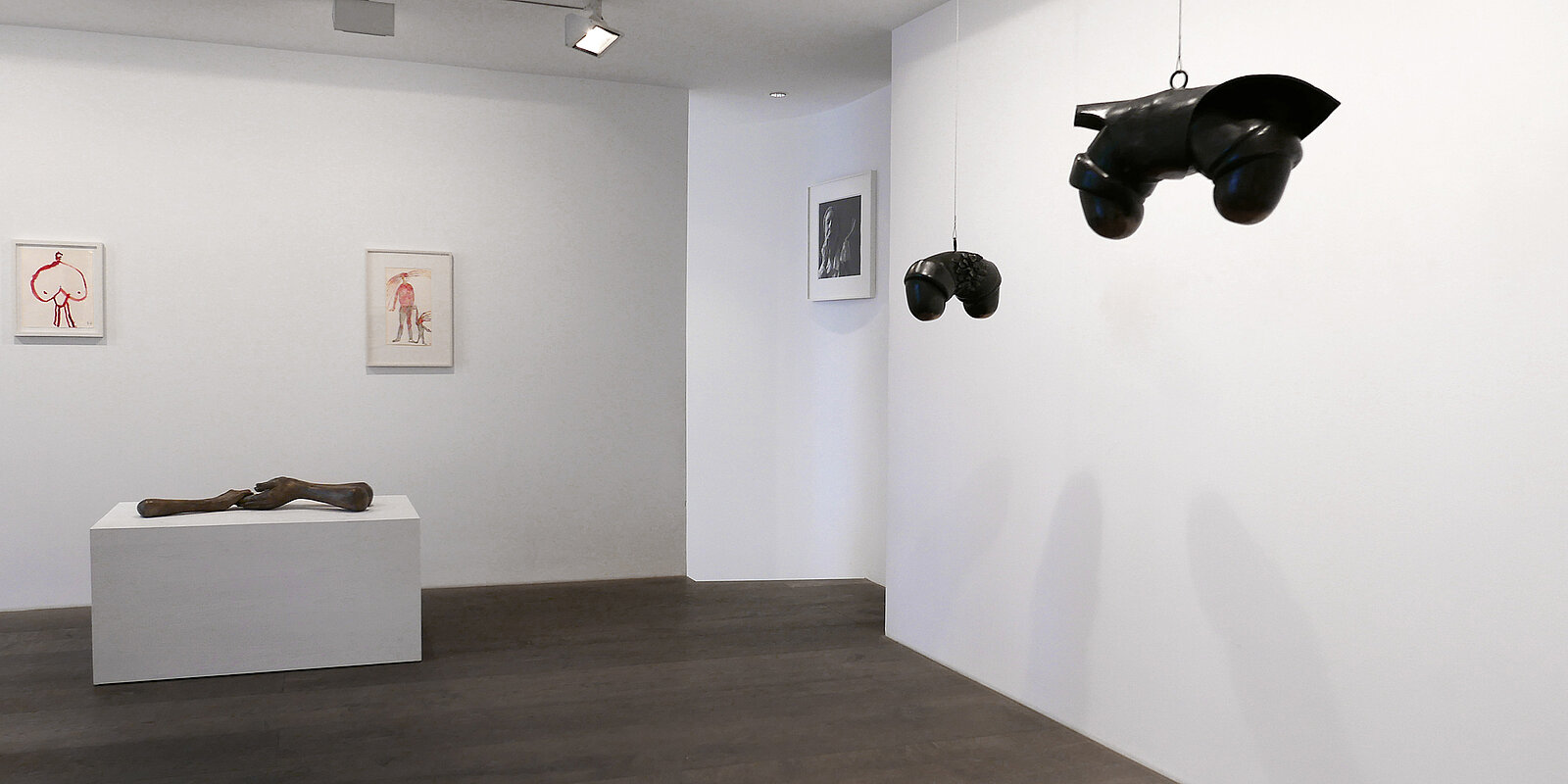 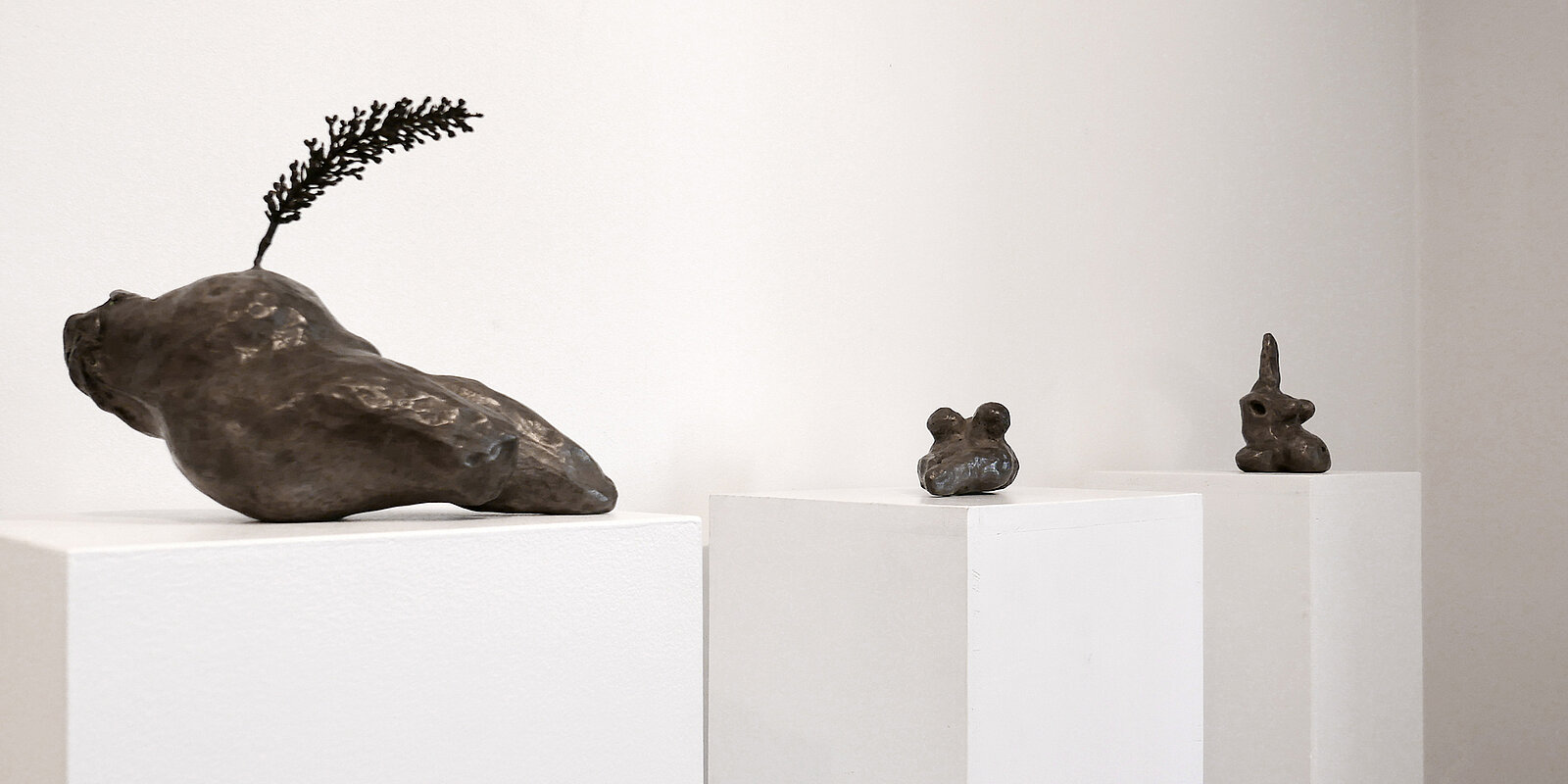 Examples of the artist’s early work on show include New Orleans (1947), a painting dominated by a female figure in profile holding a bunch of olive branches. A white bird seems to hover over the scene – probably a dove of peace. Woman with a Secret (1947) from the Personnages series of works, created between 1945 and 1955, is a stele reminiscent of figures from African and Oceanic art. The sculptures reflect Louise Bourgeois’s relation to people she had left behind in France or met in her new environment in America. While the Personnages represent her own past, the fabric steles made of elements from tapestry remains stacked on top of one another, are reconstructions of her own past. Body parts such as a head, torso, hands, chest and phallus are much in evidence in the sculptural work of the artist; no mere images, these are symbols of the universal, emblems of complementary forces in nature. The floating bronzes Janus (1968) and Janus in Leather Jacket (1968) each represent two phalli joined together to form a new organism. The Welcoming Hands (1996), a bronze with polished silver nitrate patina, shows three hands shaped so as to express gestures of greeting, protection, and affection. The figures depicted in the hanging piece The Couple (2003), made of polished aluminum, seem to hold on to each other forever. Created in pink fabric, the doll figure known as Arch of Hysteria (2000) is suspended backwards in the air, attached to a rope, as if in an acrobatic act. "Horizontality is a desire to give up, to sleep; verticality is an attempt to escape. Hanging and floating are states of ambivalence" – Louise Bourgeois commented on the symbolism of her standing, lying, or floating sculptures. 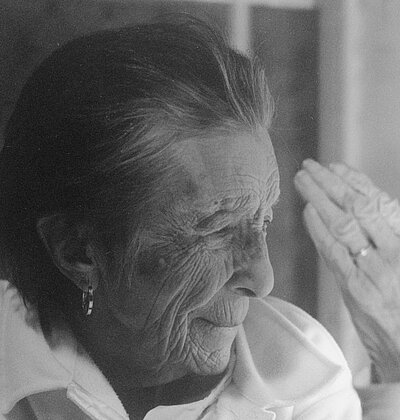