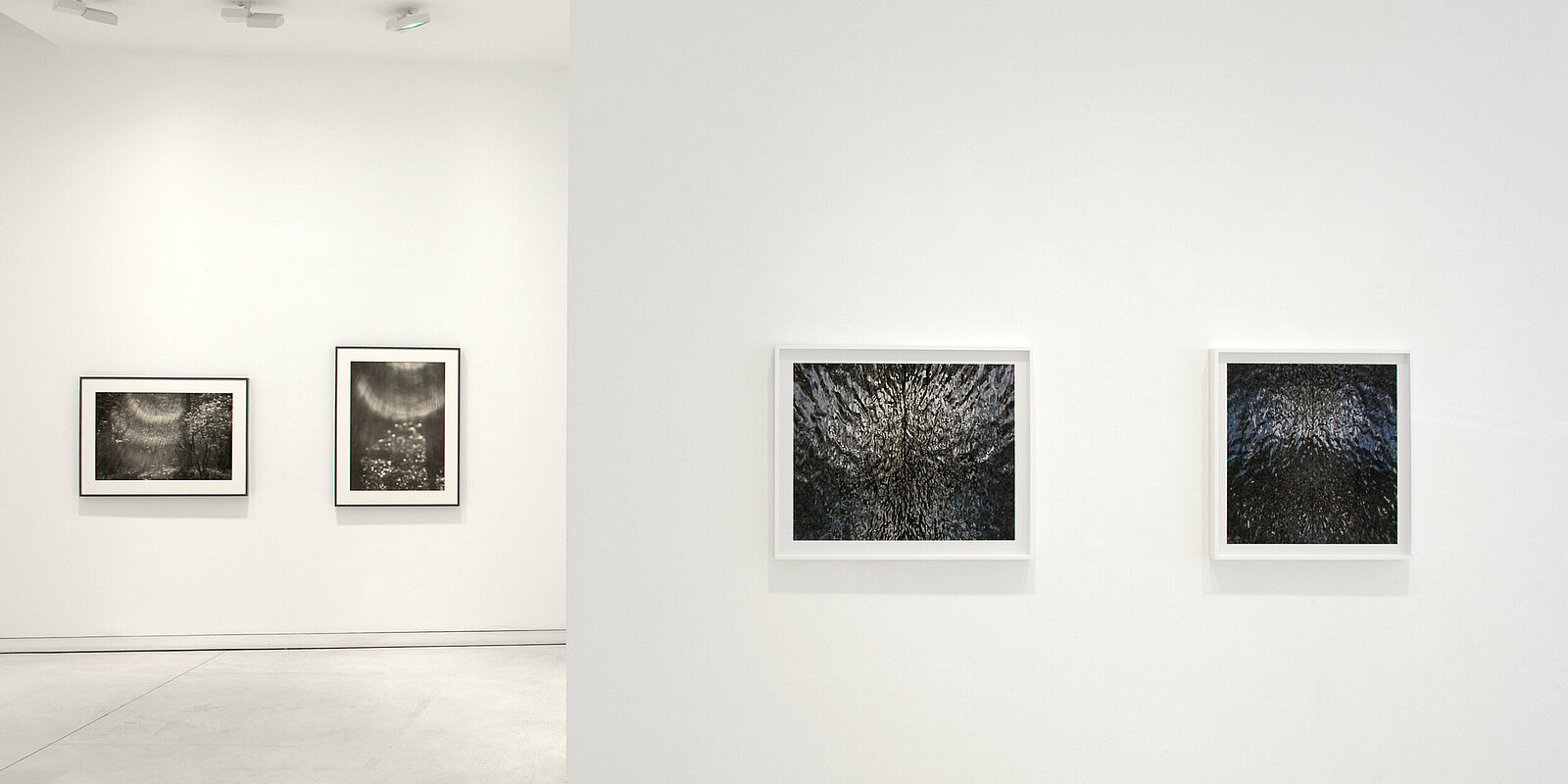 Galerie Karsten Greve is delighted to present This Shimmering World, a solo exhibition featuring new work by American photographer Thomas Brummett, in Cologne. Pieces from the RIVER and HALOS series, created in 2020 and 2021 and part of Rethinking the Natural, Brummett's "project of a lifetime," will be on show.

In his photography series, Thomas Brummett not only explores natural phenomena but also manifestations of the cosmos in many different ways. All his images are contemplative and profound in character, created through quiet attention and intensive observation of his current surroundings. They are based on a rendering of a vital microcosm reflected in the macrocosm of his pictures: "One constant in my work would be looking at things very closely or over long periods of time. These images are my meditations and are a constant through my life's work," says Thomas Brummett.

The influence of traditions from the Far East combined with modern natural science is just as clearly evident in his works as is the spiritual and artistic examination of nature and one's own existence. He uses the camera as a tool, as a research instrument and mediator between the inner and outer worlds, microcosm and macrocosm, close-up and long-distance view, human being and cosmos. The River series addresses the endless movement of a river in which the world at the edge of the shore is reflected in different ways. Consisting almost exclusively of abstract organic patterns, the images appear as if they were abstract drawings when looked at from a distance. Up close, you can see the reflections in the river, which, to Thomas Brummett, seem like "portals into a reversed other world". The diptych format emphasizes the devotional character of the pieces.

At the same time, his works are both an artistic examination and continuation of traditional lines of Far Eastern and Western European art, and a homage to the great masters of art history, represented by, for instance, Soulages and Hokusai. His Halos series is dedicated to the light effects of atmospheric optics, known as halo phenomena. Halos are created by refraction and reflection of light, similar to rainbows; in this case, however, the effect is based on ice crystals rather than on raindrops. Magnificent colored or white light circles, arcs and spots can be observed in the sky. Thomas Brummett's Halos pictures show this interaction of light and nature. They are light images exuding an almost mystical atmosphere and poetic beauty. The artist sublimates his many years of exploring the perception and reproduction of the phenomenon of light in its various forms. For him, light not only means physical light but also spiritual light, whose "shimmering," almost magical quality, fed from an infinite source, invites the viewer to contemplatively approach his idea of "true Seeing." 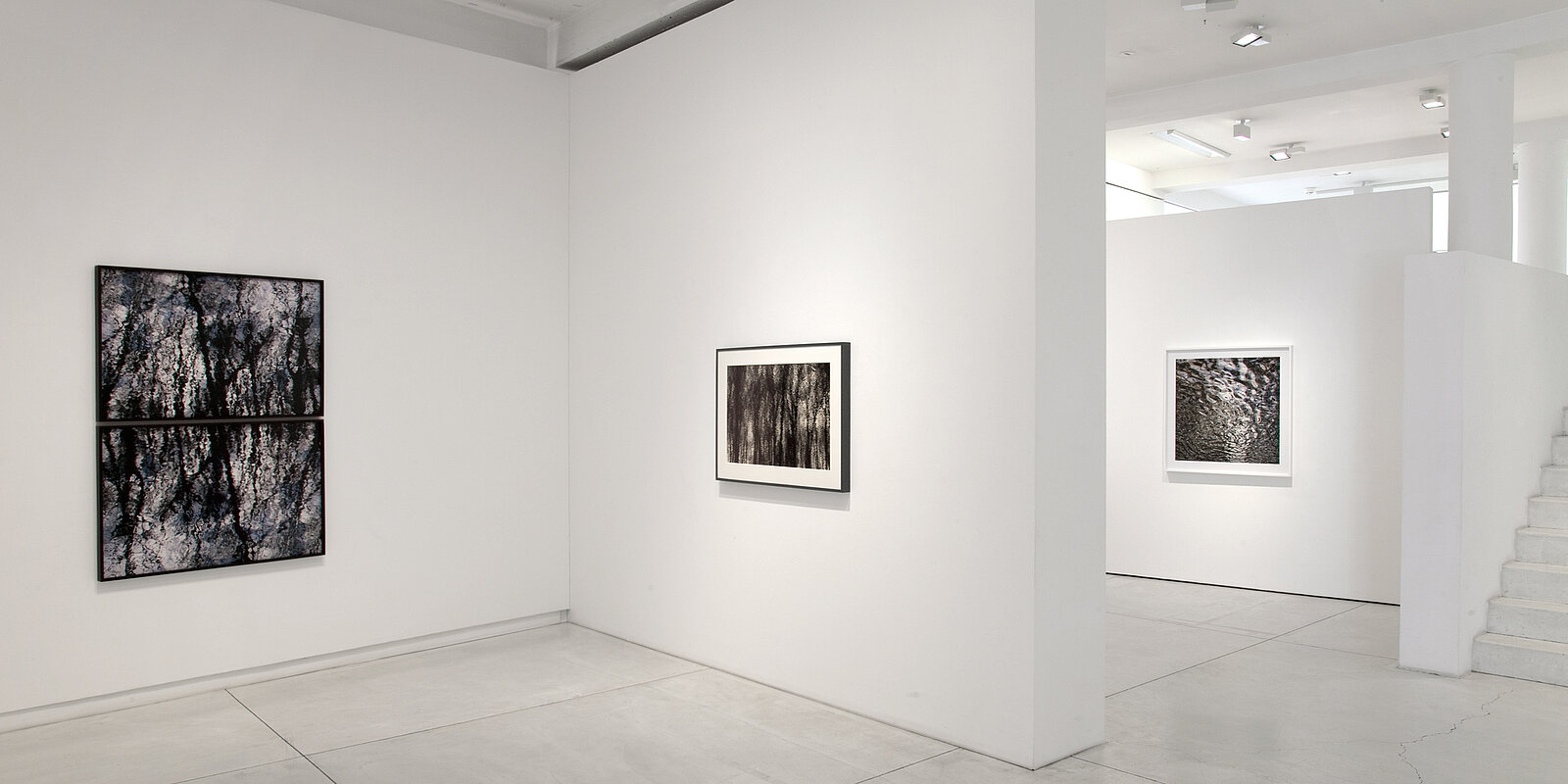 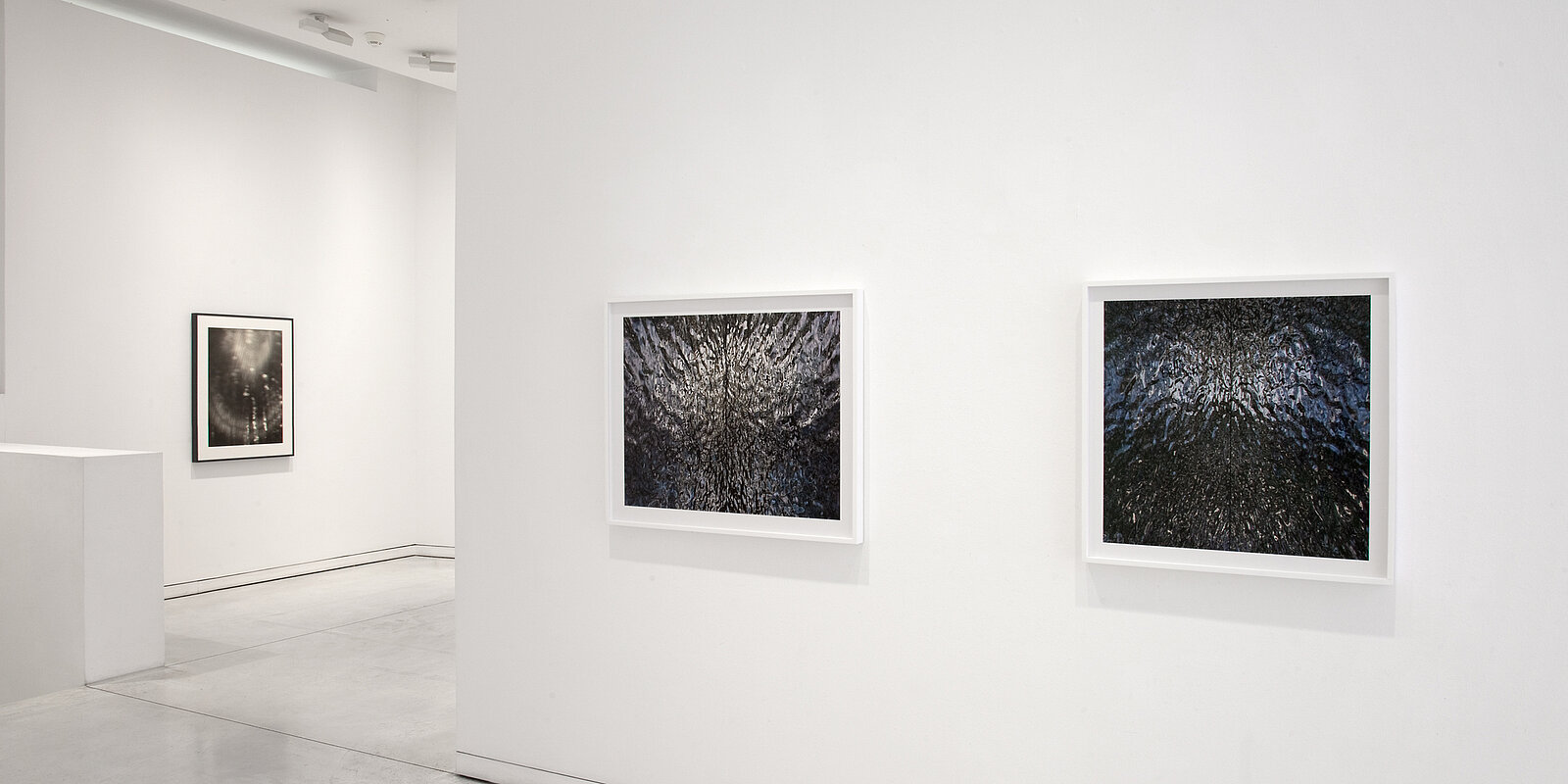 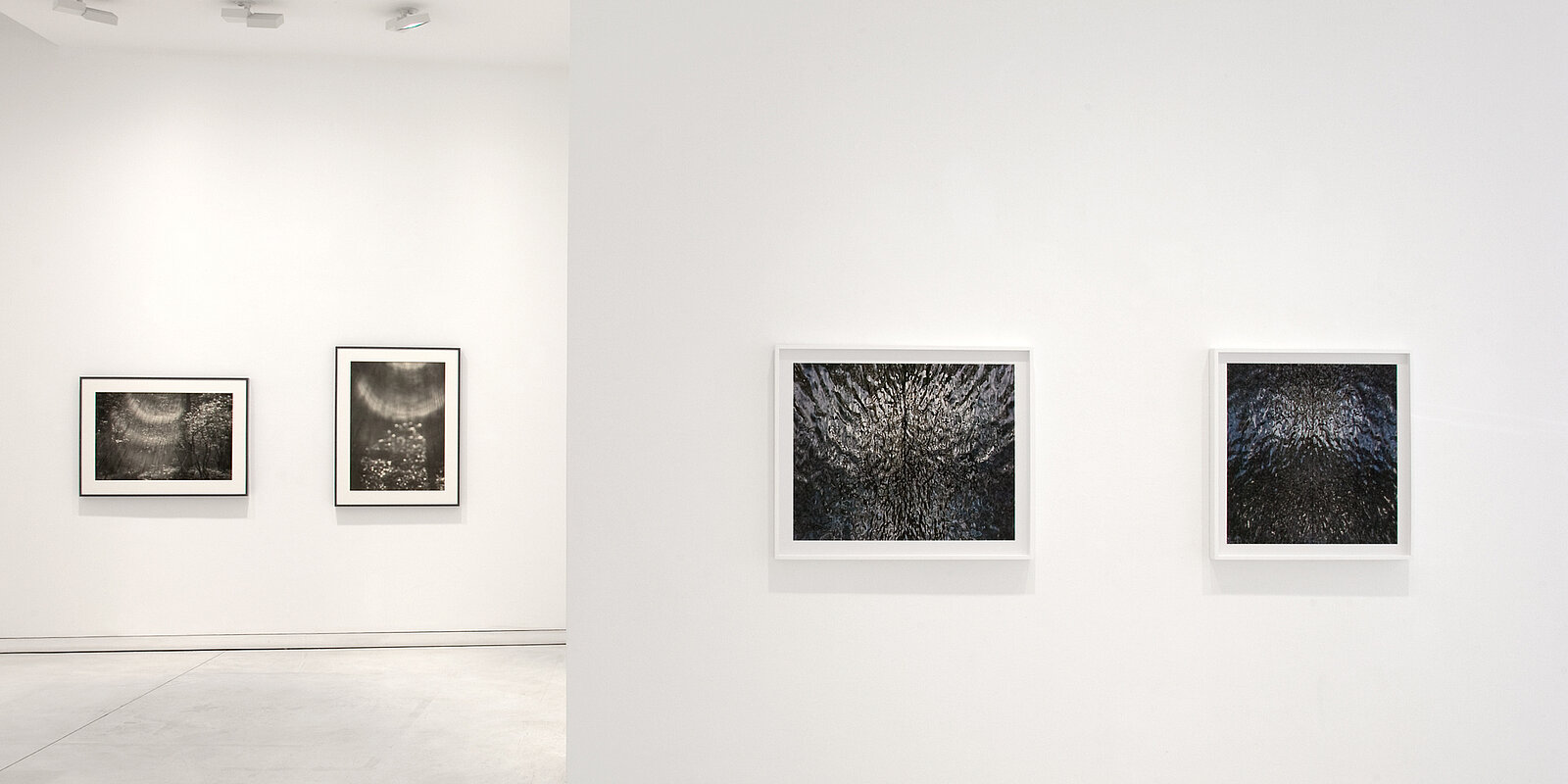 For both, the Halos and River-series the artist chose a traditional photographic light sensitive paper and process. The works are printed as Chromogenic Silver Halide Prints - also known as “C-Prints” which are based on a color negative print process with at least three emulsion layers of silver salts, each sensitized to one of the three primary colors, red magenta, yellow, or blue. The dyes are not present in each layer before exposure but are created during development by adding dye couplers that combine with silver particles. The end result is a three layer color positive on a plastic coated paper base. 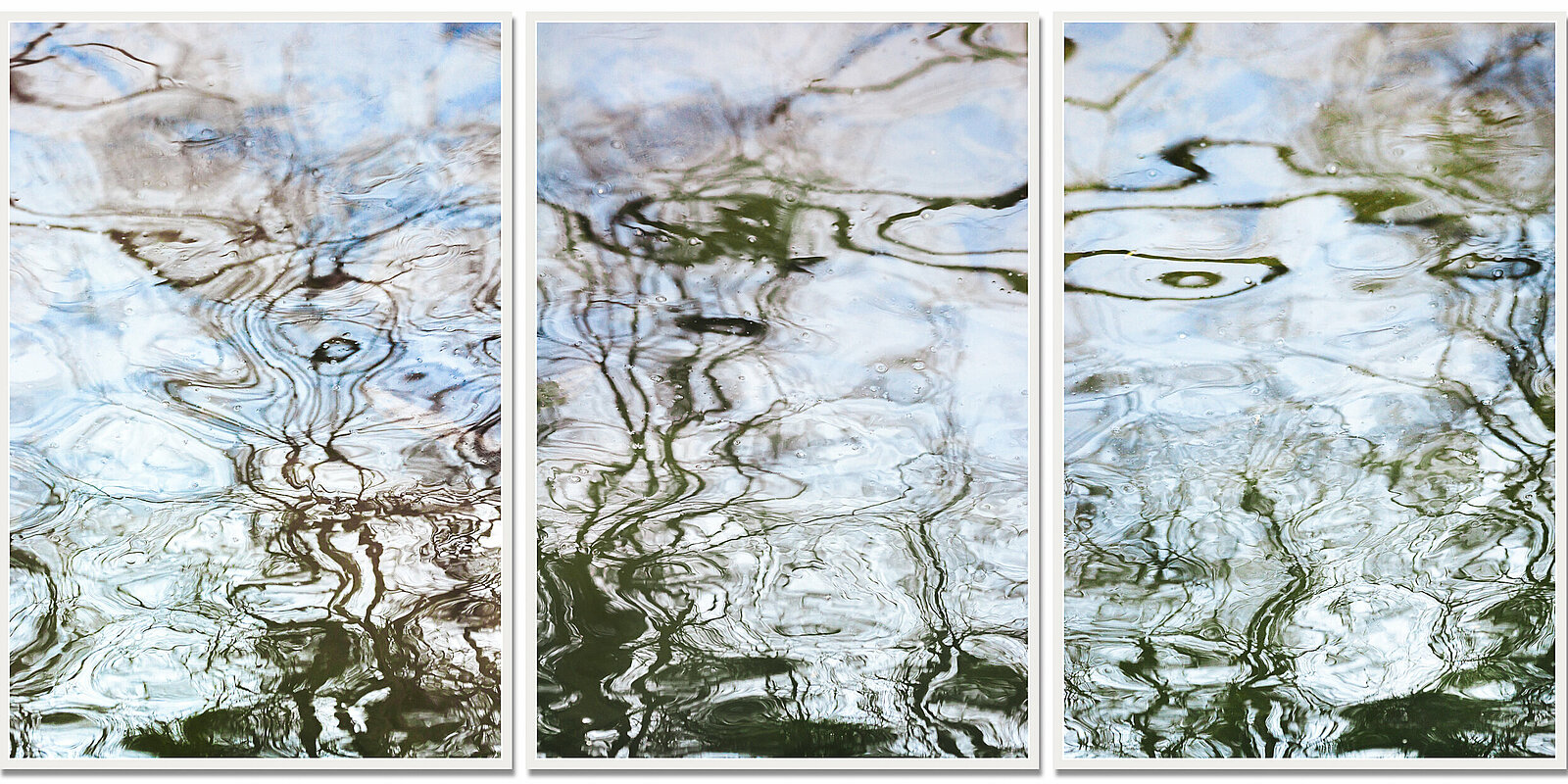 Thomas Brummett was born in Colorado, United States, in 1955. After studying ceramics and photography at Colorado State University (BFA, 1979) and Cranbrook Academy of Art in Michigan (MFA, 1982), he settled as a photographer in Philadelphia. From 1985 to 1990, he taught photography at the University of the Arts in Philadelphia. Raised in an Episcopal Christian family, he was drawn to Taoist and Buddhist philosophy during his travels in India and Asia as a young adult. On a regular basis, Thomas Brummett's works have been shown in international exhibitions, and feature in many renowned private and public collections worldwide, including those of the Museum of Fine Arts in Houston, Texas, and the Philadelphia Museum of Arts. His work has earned him numerous prizes, notably the International Photography Award (2004, 2009, and 2012) as well as the Sony World Photography Award (2014). The artist lives and works in Philadelphia in the United States. 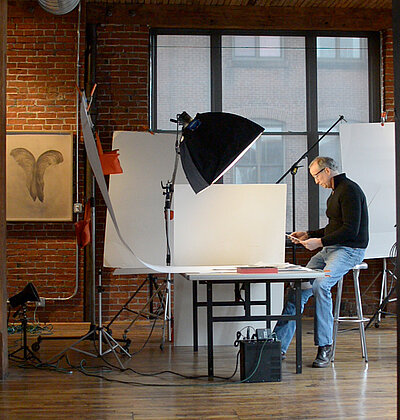