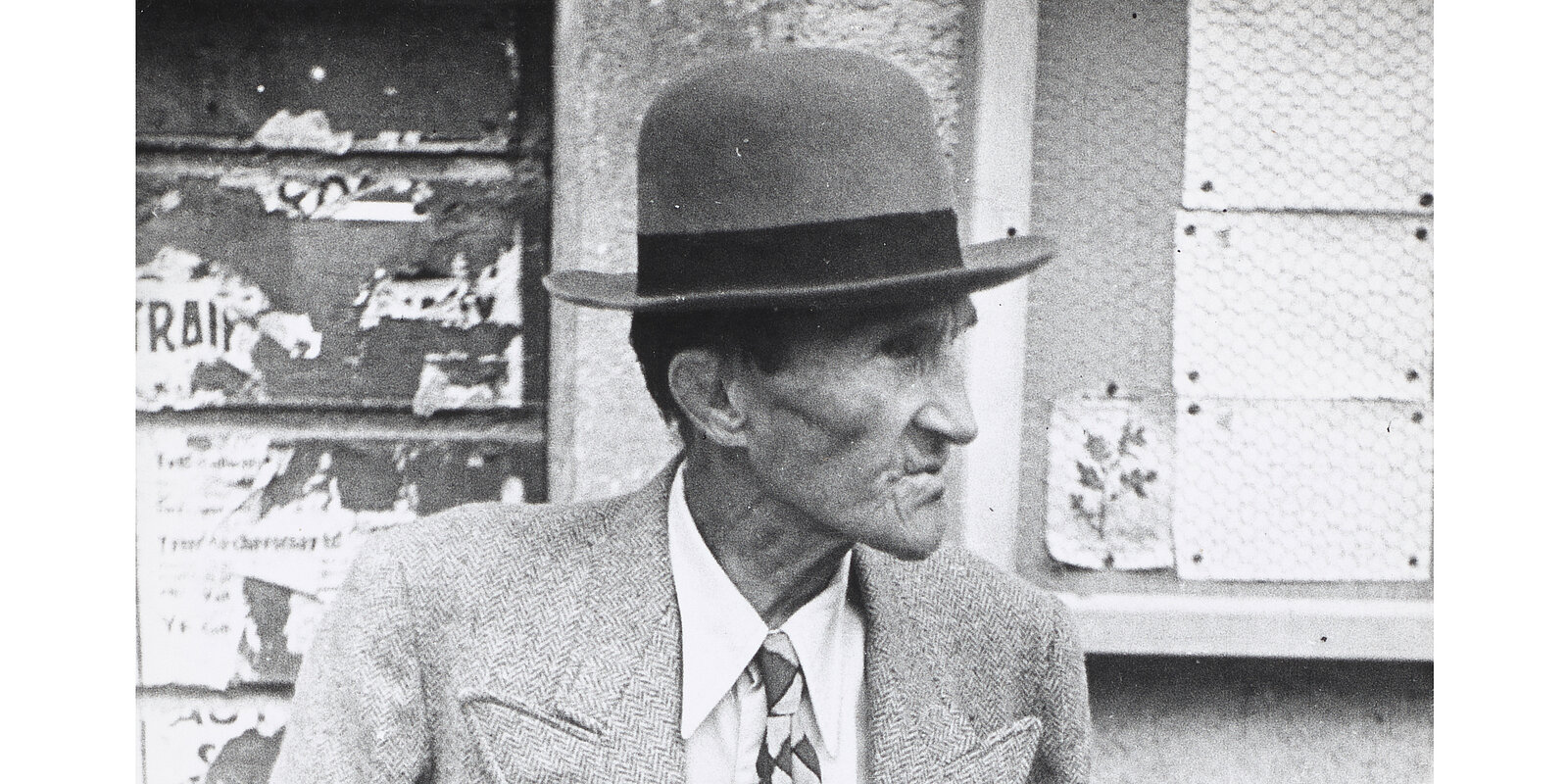 Louis Soutter’s pictorial world revolves around elementary themes such as the examination of human nature, death and the question of life after death. The passion of Christ, and in particular the crucifixion, is a central motif that recurs again and again. Louis Soutter’s simple, silhouette-like human figures are portrayed with a sparing use of color, often in black India ink. Their abstract representation lends an almost obsessive, archaic quality. Therefore Soutter employed a very special technique: He applied the colour directly with his finger on the surface after having painted and drawn in pen and ink for more than 15 years. He makes particular use of India ink, gouache, and very occasionally oil on paper. The direct application of colour emphasises the highly expressive character of his work. In the more recent history of art, drawing and painting with one’s fingers was relatively uncommon.

Born 1871 in Morges, Louis Soutter, a cousin of Le Corbusier, studied engineering in Lausanne, architecture in Geneva, violin in Brussels, and painting in Lausanne and in Paris. In 1897 he moved together with his American wife Madge Fursman  to the United States. There he gave private violin and drawing lessons, and he was soon appointed head of the art department at Colorado College. Shortly thereafter he began showing his work in group exhibitions. In 1903 he returned to Morges: his state of health - both physical and mental - worsened steadily. In 1923 he was admitted to a residential care home in Ballaigues, Switzerland, where he spent the remaining 19 years of his life. In those years, isolated from the outside world, he produced an extensive oeuvre of exceptional importance. In particular the Peintures au doigt, which he began creating in 1937 and which were neglected for decades, represent a key position in 20th century art. Louis Soutter past away in Ballaigues in 1942.