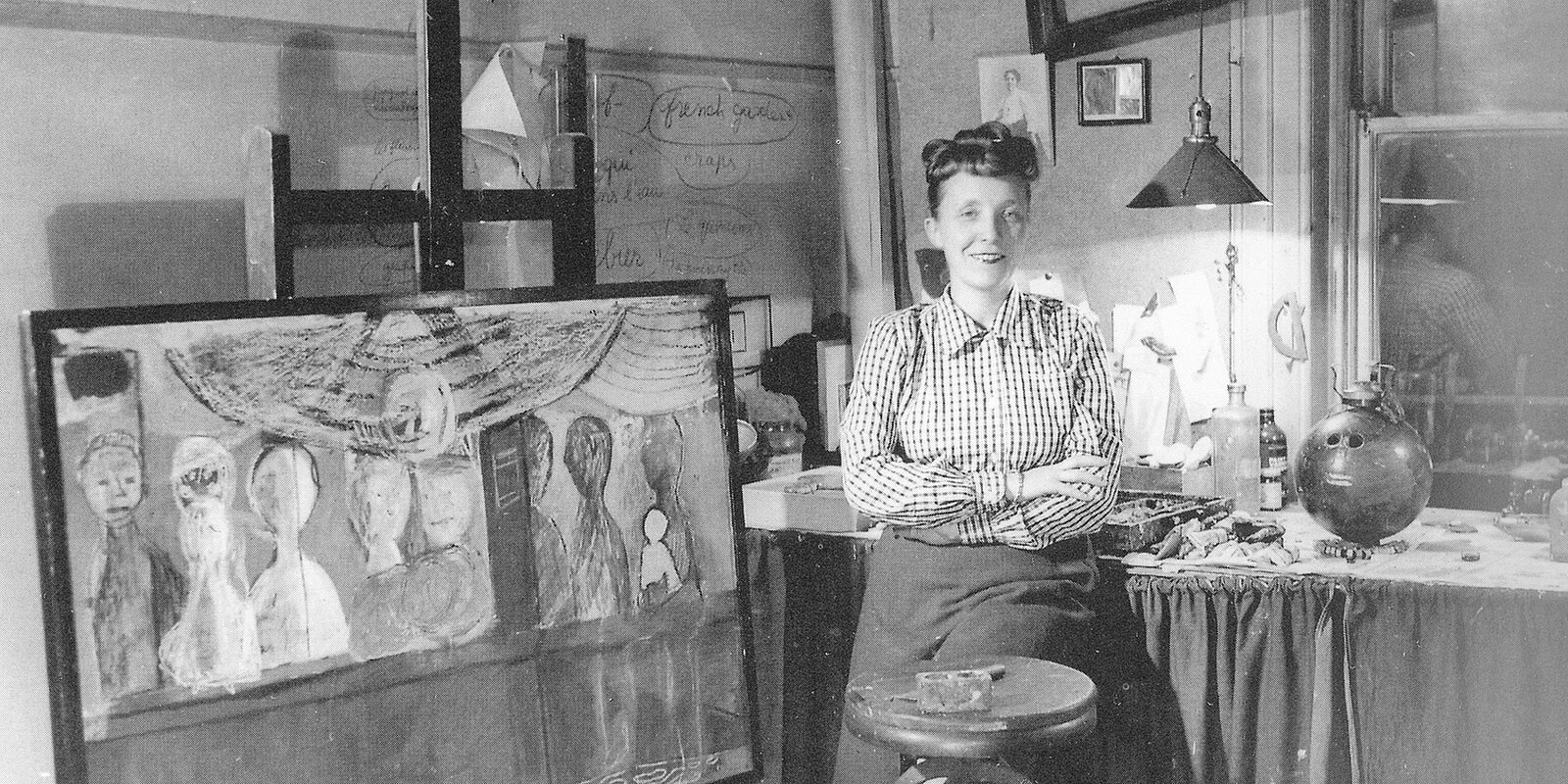 Portrait of the artist, circa 1944

There probably is no contemporary artist who so relentlessly expresses their emotions through their artistic work quite like Louise Bourgeois. Thoughts which cannot be adequately expressed by words are transferred into a concrete/physical form so that the outside world can share in Bourgeois’ inner life. Her principal themes are the fundamental existential questions we ask ourselves concerning birth and death, love and hate, the human body and sexuality. Therefore, her works are instantly relatable whilst remaining mysterious through their complexity. She often uses symbols and metaphors whose core meaning seems straightforward. However, at the same time, she leaves the observer completely in the dark with no way of knowing whether his or her interpretations really lead to an in depth understanding of the work. The variety of applied techniques strengthens the experimental aspect of Bourgeois' work. Her practice is not only focused on sculpture but also includes drawing, painting and printmaking.

Louise Bourgeois was born in 1911 in Paris. Her works were first widely recognised in the US, especially in New York, where she lived from 1938 onwards. In 1982, the Museum of Modern Art, New York, showed the first retrospective of her work, which led to further exhibitions throughout the US and, starting in 1989, also in Europe. She became particularly well-known internationally following her participation in the documenta 9 in Kassel, Germany, in 1992 and the 1993 Venice Biennale. Today, she is one of the most renowned female artists in the world. Numerous museums have honoured her with important solo exhibitions. Louise Bourgeois died in New York in 2010.

Trained as a lecturer at the Ecole du Louvre, Paris, France

All
Solo exhibitions
2019
Louise Bourgeois in the Rijksmuseum Gardens

2015
Louise Bourgeois. I Have Been to Hell and Back

2015
Louise Bourgeois. I Have Been to Hell and Back

2013
Louise Bourgeois, Rare and Important Works from a Private Collection

2013-14
Louise Bourgeois: Alone and Together

2012-13
Louise Bourgeois. Alone and Together

2012
Louise Bourgeois: The Return of the Repressed

2011
Louise Bourgeois: The Return of the Repressed

2010
Do Not Abandon Me: Louise Bourgeois / Tracey Emin Collaboration

2010
The Place of the Witches / The Witches of Finmark

2017
Women at Play in the Fields of Abstraction

2015
Avatar and Atavism. Outside the Avantgarde

2013
Religion, Ritual, and Performance in Modern and Contemporary Ar

2012
Pictures from the Moon

2012
In Wonderland: The Surrealist Adventures of Women Artists in Mexico and the United States

2012
From Picasso to Koons. Artist’s Jewellery

2012
A House of Leaves. First Movement

2012
Off the Beaten Path: Violence, Women and Art

2011
Off the Beaten Path: Violence, Women and Art