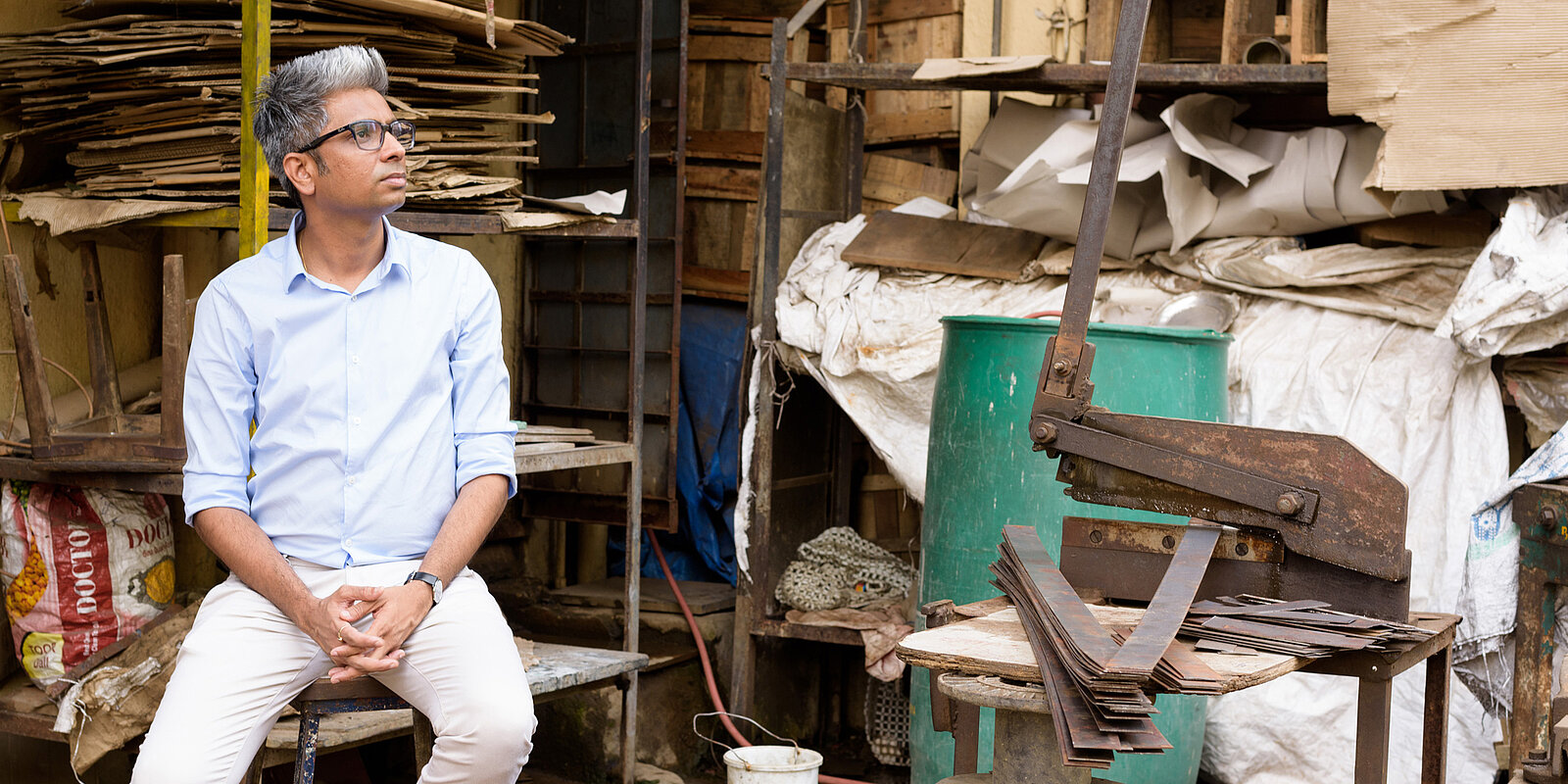 With painting as its point of departure, Manish Nai, born 1980 in Gujarat, India, developed his practice into a unique form in which he pasted gunny cloth onto canvas and created increasingly complex patterns in the fabric by cutting out bits of the warp. These early experiments revitalized the field of abstraction in an era when the figure dominated Indian art. After nearly a decade spent refining his work in jute and canvas, Nai began experimenting with illusionistic murals, photography, and sculpture. Manish Nai's sculptures grew elaborate from sparse beginnings, very much as his canvases had done. The precise shape these take, and the exact pattern of folds and crevices that his materials - often throwaway ones such as old newspapers or used cartons - adopt under pressure, is uncertain. They are imbued with an added dimension of time. Over the past year, the artist has concentrated his lens on large hoardings as they appear in the fallow period between one advertisement coming down and another going up. As with his earlier images of unsightly walls, Manish relates the not-quite-empty hoardings with the history of abstract painting.

Though Manish Nai lives within and takes inspiration from the bustle and noise of contemporary urban India, he connects through his paintings and sculptures with the natural world, and with stretches of time at the boundaries of human imagination. He draws on humble objects and mediums to create works that are expressive and accessible, but at the same time precise and conceptually rigorous. Manish Nai received his diploma in Drawing and Painting from the L.S. Raheja School of Art, Mumbai. He is a recipient of the Pollock-Krasner Foundation Award, New York, 2004-2005 and the 2014 ROSL Visual Arts Scholarship, Great Britain. His works has been presented regularly in solo and group shows in India, Europe and the United States. Manish Nai lives and works in Mumbai.

All
Solo exhibitions
2021
Form and Void

The Noordbrabants Museum, 's-Hertogenbosch, The Netherlands

Group exhibitions
2020
The Idea of the Acrobat

2019
Deeper Within Its Silence

2018
Trees of Life – Knowledge in Material. Part I

2016
Gallerists as Interventionists: Collaboration as Strategy

2014
The Material Point: Reconsidering the Medium on the (Post)modern Moment

2012
The Indian Parallax or the Doubling of Happiness