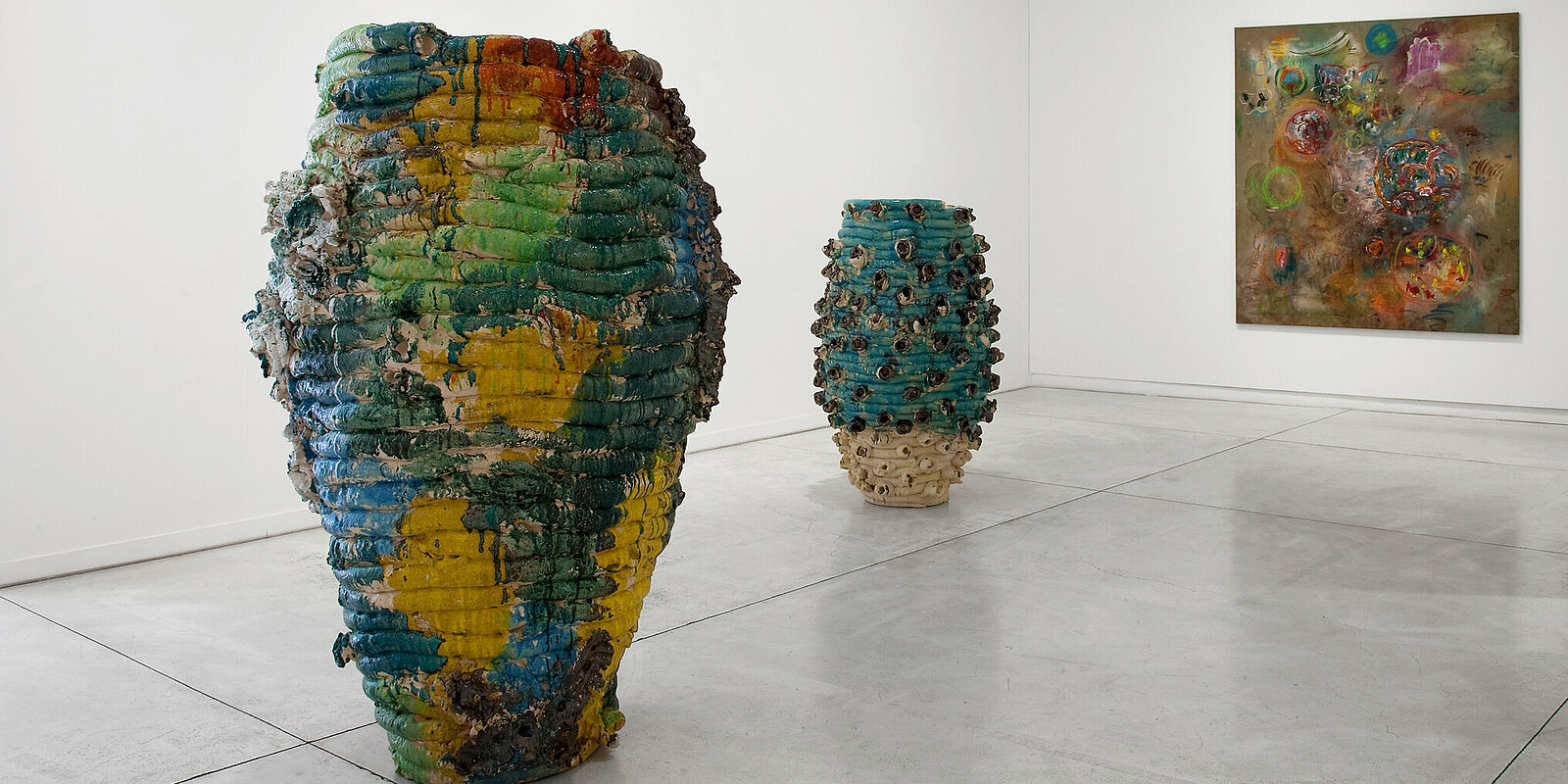 Galerie Karsten Greve is delighted to announce a comprehensive solo exhibition in Cologne dedicated to the work of Norbert Prangenberg (1949-2012), commemorating the tenth anniversary of the artist's death on June 29. The gallery owner and the artist were connected by thirty years of friendly cooperation, which began in 1981 with a first solo show in Cologne, and was followed by numerous solo and group exhibitions at all gallery locations until 2017. On the occasion of the tenth anniversary of the death of the sculptor and painter, Galerie Karsten Greve presents a tribute to Norbert Prangenberg, featuring more than thirty works from the 1980s to 2009, including sculptural works, drawings, large-scale paintings in watercolor and pigment on canvas, and mostly small-format oil paintings.

The exhibition focuses on an extensive selection of small-format oil paintings (Bilder), rich in color, which is a characteristic feature of the artist's late work from his last ten creative years. In some of his pieces, the pastose layers of oil paint push beyond the edges of the picture. Natural greens, earth colors, or broken white tones applied in thick impasto mixtures and layerings give the small formats a relief-like character. The layers of paint are irregularly ruptured with tiny cuts and exposed areas, thus revealing the support medium. In contrast to wood, nettle, or cardboard, the copper, aluminum, and zinc plates induce a translucent, very unique color effect that interacts with the metal of the support medium shimmering through. 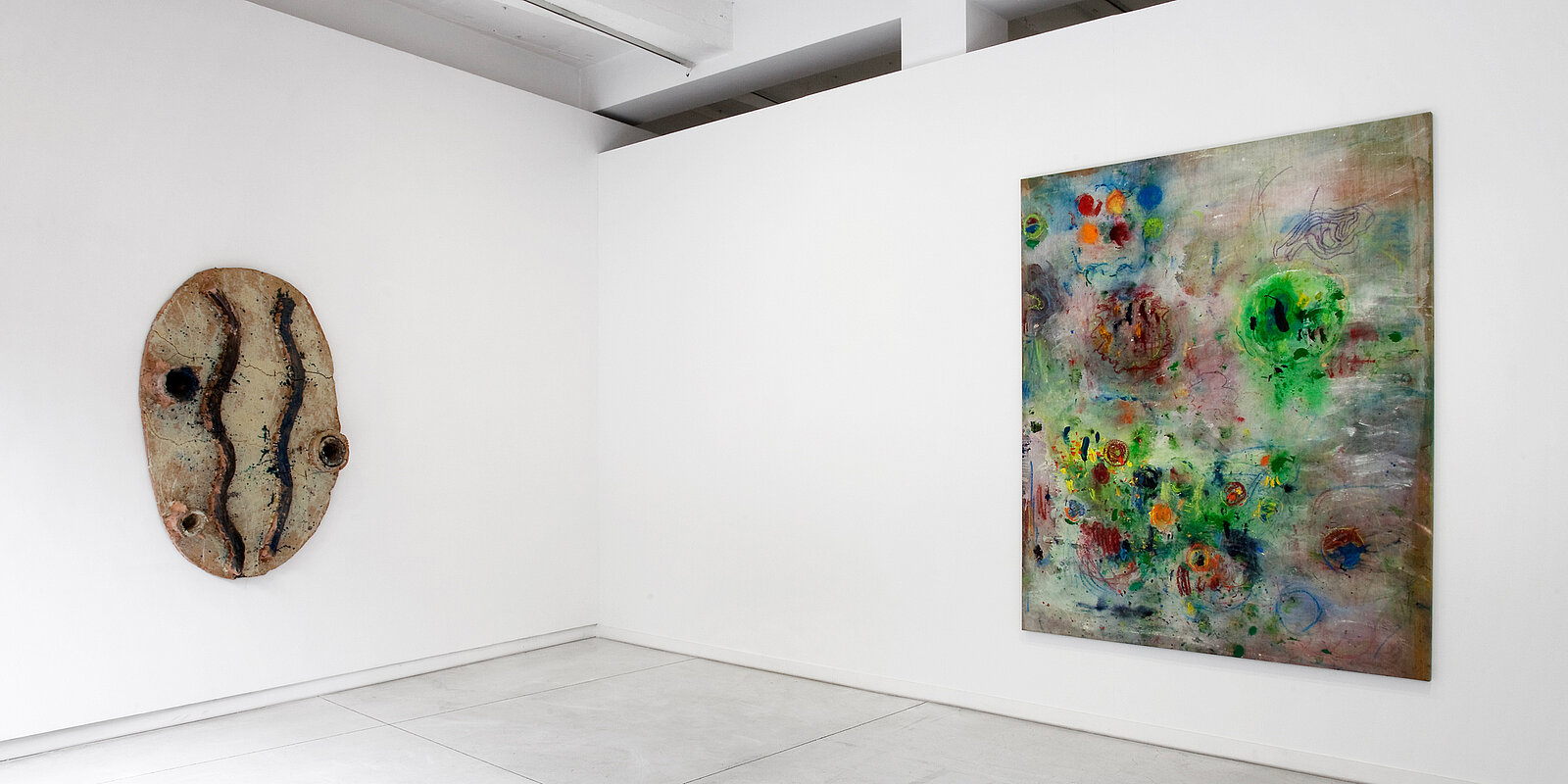 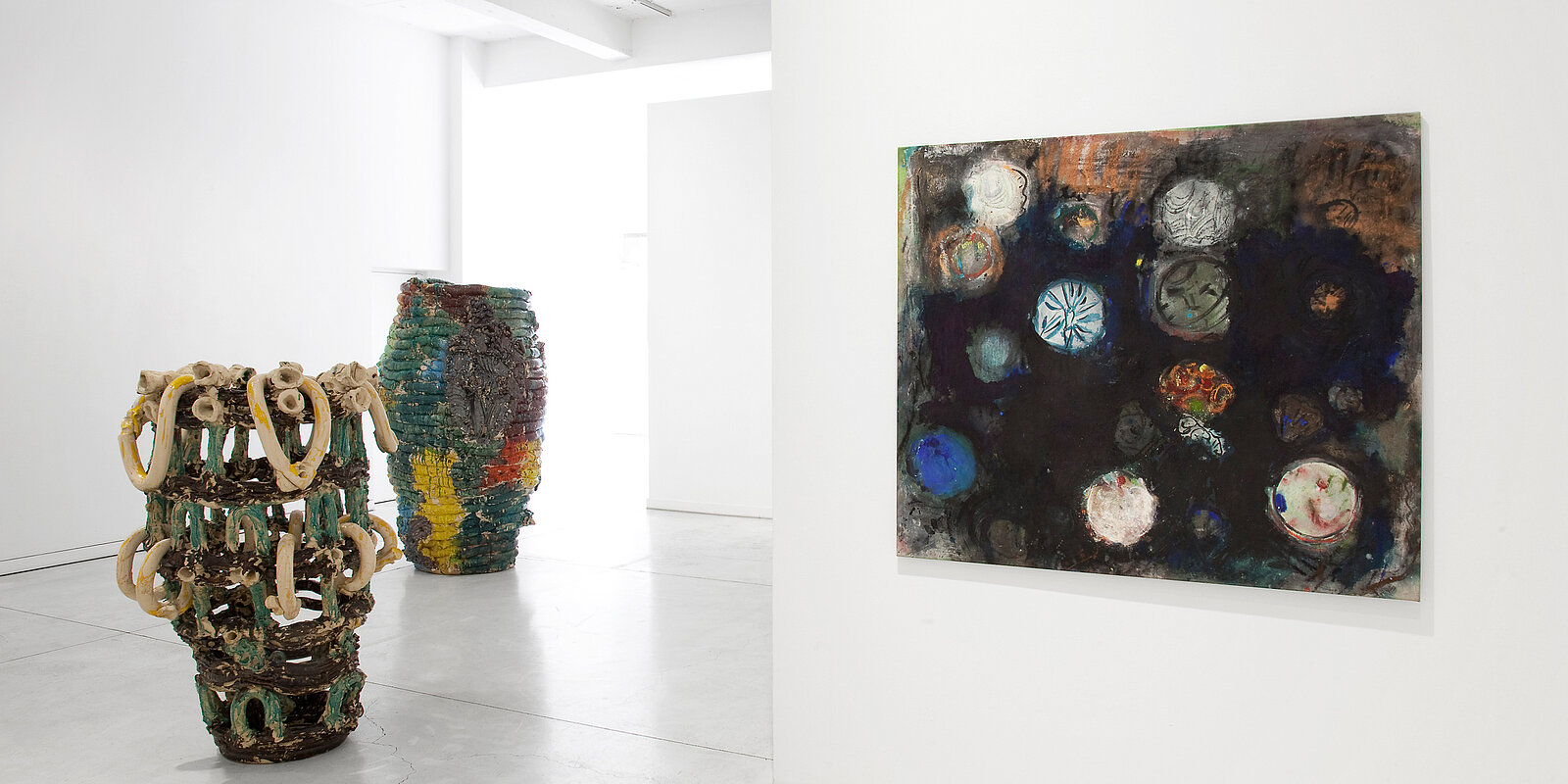 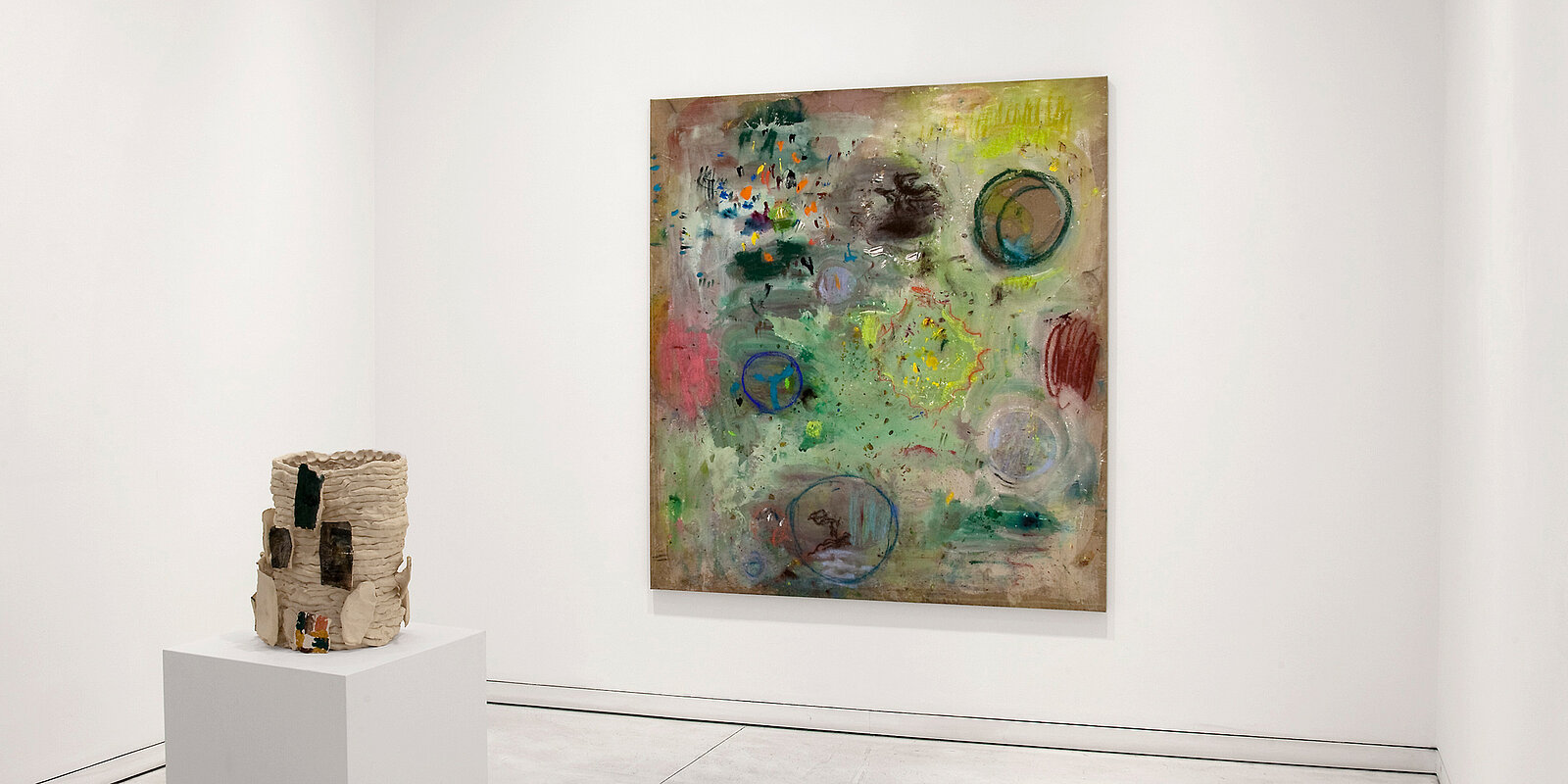 The paintings are complemented by a group of ceramics that exemplify the sculptor's enormous creative range. Since 1980/81, Norbert Prangenberg drew inspiration from Lucio Fontana's (1899 – 1968) work, which he encountered through his contact with Galerie Karsten Greve. As a result, he began to translate sculptural pieces into ceramics and porcelain. These freely modeled figures (Figuren) playfully combine organic concave and convex forms, indentations and surfaces. The ceramics, which stand out due to their volume, are reminiscent of archaic amphorae or pithoi, which have been in use in the Mediterranean world since antiquity. Color-glazed or in porous clay tonality, his Figuren impress the viewer as counterparts that are equal in size. The surface of the rough clay is structured by fingerprints, scratches, holes, and indentations. In places, the opaque tin glaze of the fired ceramic is covered by colored on-glaze painting of the majolica, resulting in an associative play. The variety and diversity of Norbert Prangenberg's oeuvre is due to a basic vocabulary that contains a limited number of geometric shapes: circle, oval, rhombus, rectangle, triangle, and square. The artist probed and reshaped this geometric vocabulary as each of his works required, consciously translating it into drawing, painting, and sculpture.

Norbert Prangenberg was born in Rommerskirchen-Nettesheim in 1949. During his apprenticeship as a gold and silversmith, he created his first woodcuts and drawings beginning in 1965, working in sculpture since 1979. He began making sculptural works in ceramics and porcelain in the 1980s. In 1981, he received the North Rhine-Westphalia State Prize for the Visual Arts. Norbert Prangenberg had held a professorship at the Munich Academy of Fine Arts since 1993, where he was in charge of the internationally renowned class for ceramics and glass. The artist died in Krefeld in 2012. In 1982, Norbert Prangenberg participated in documenta 7 (1982). Since the 1980s, his works have regularly been shown in international exhibitions and are represented in the collections of numerous museums, including Bayerische Staatsgemälde-sammlungen–Sammlung Moderne Kunst in der Pinakothek der Moderne, Munich; Staatliche Graphische Sammlung, Munich; Museum Ludwig, Cologne; Kolumba – Kunstmuseum des Erzbistums Köln; Sammlung zeitgenössischer Kunst der Bundesrepublik Deutschland, Bonn, and Kunstmuseum Kloster Unser Lieben Frauen, Magdeburg. 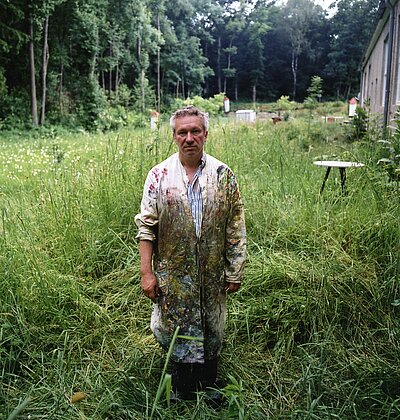