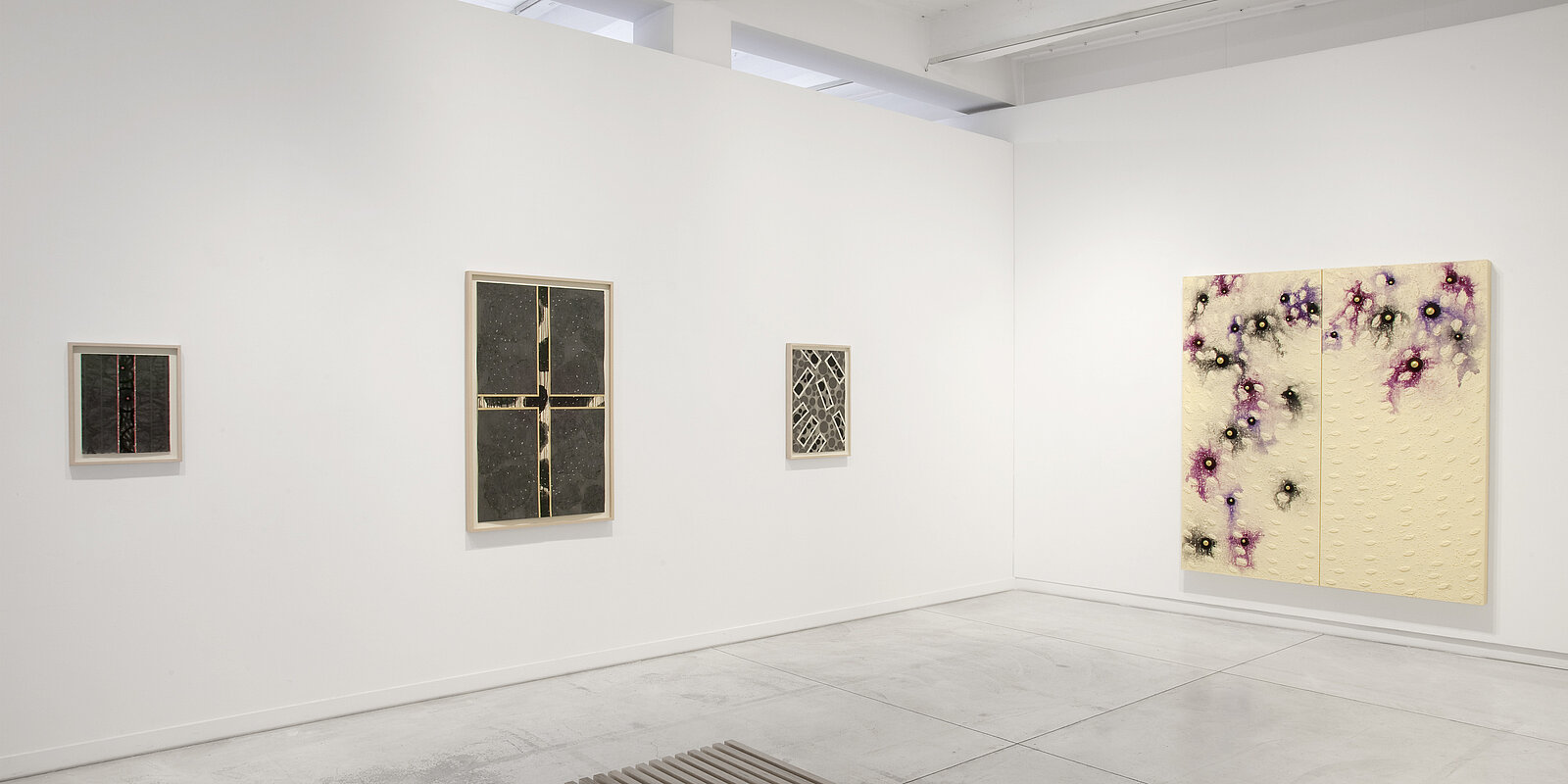 Carole Seborovski was born 1960 in San Diego, California. She received her Bachelor of Arts from the California College of the Arts, in 1982. She continued her studies at the New York Studio School, and received her Master of Arts in painting from the Hunter College, New York, in 1987. She received a grant from The Pollock-Krasner Foundation in 1986, and in 1991 the Agnes Bourne Fellowship in Visual Arts in 1990. In the same year she was Artist in Residence of the Djerassi Foundation, San Francisco. A grant from the National Endowment for the Arts followed in 1991. Carole Seborovski’s work has been widely exhibited in galleries and museums both nationally and internationally since 1984. Her work is represented in numerous important public collections including the Museum of Modern Art, New York, the Metropolitan Museum of Modern Art, New York, and the Whitney Museum of American Art in New York, the San Francisco Museum of Modern Art, the National Gallery of Art, Washington D.C., and the Museo Cantonale d’Arte, Lugano. The artist lives and works in New York.

Carole Seborovski conjoins two different worlds in her art. One is the material world of concrete things and tangible surfaces, the world that is perceived through sensation, by touching and seeing. The other world is one beyond that of sensation, a spiritual world, immaterial, and transcendental:  “My work reflects my personal experiences, and it also touches upon my interests in art, nature, myths, and religions from different cultures. In a Jungian way, I am drawn to archetypal interconnectedness. I lean towards abstraction because I find it to be poetic, and more open to multiple interpretations. For me, art is something that is spiritual in nature. It is something that connects us to the unknown, to our culture, and to each other as human beings.”

Some objects are highly charged with sexual connotations like in A Girl’sDream (2000) and Sex Icon (2001). The object-paintings may have radiantly warm natural colors, or they may be lusciously high-keyed in hue as with shiny metal knobs or glass beads such as the diptych Pink Expanse / Silver Spheres (2004). She often uses centered and symmetrical combinations of square, circle, cross, and mandala-like forms. Ancient symbols of wholeness and unity; as a means of integrating fragmentation, balancing opposites and transcending duality, like in Stream / Silver Tears (1995 – 1996). Another symbolic structure that has preoccupied Carole Seborovski is the oval. Suggestive of the egg, of fertility, and pregnancy, it may be read as a symbol of the procreative feminine. Some examples are Baby Squares (2001), Pods (2002), Reflections (2002) and the Ryoanji (2002). Plaster, modeling paste, silicone, vinyl, rope, glass, beads, fabric, and enamel are combined creating modernist fetishes. Biomorphic forms, a trace of Pop-Art, Surrealism, a breathe of archaic African sculpture, combined with some influence of artists like Constantin Brâncusi, and Louise Bourgeois, have produced an art of unforced liveliness and creativity by American artist Carole Seborovski.

The exhibition also features works on paper. The subtle textures and topography, draws the observer nearer and into the work. “My drawings”, as Carole Seborovski explains, “are interactive, and their reading is altered depending on how the light plays against the surface, and ones viewpoint in relationship to it. Like a Zen garden all of the elements cannot be grasped at once”. She develops the metallic sheen in her drawings by burnishing the paper with graphite, as in Cut and Turned Reflections (1999 – 2001), the shifting spatial relationships is developed by incorporating paper collage as in Fairy Tale Snake-like Cloud (2001), and a soft atmospheric space is created by veils of ink wash as in Curious Garden (2001). Carole Seborovski produces richly sensual, exactingly crafted objects using a wide range of materials; the work cross- references multiple-cultures, manifests the physical and points towards the spiritual. 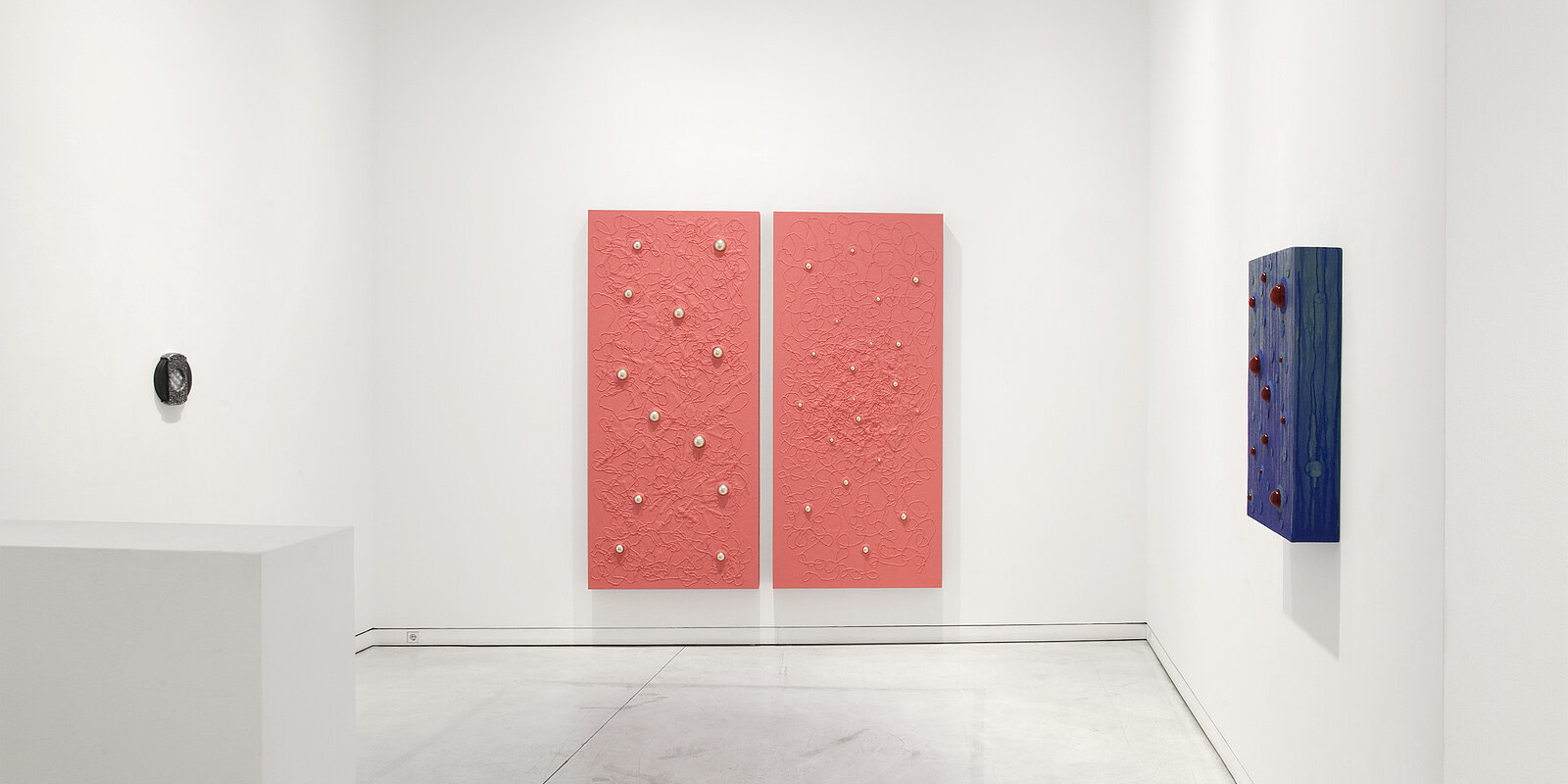 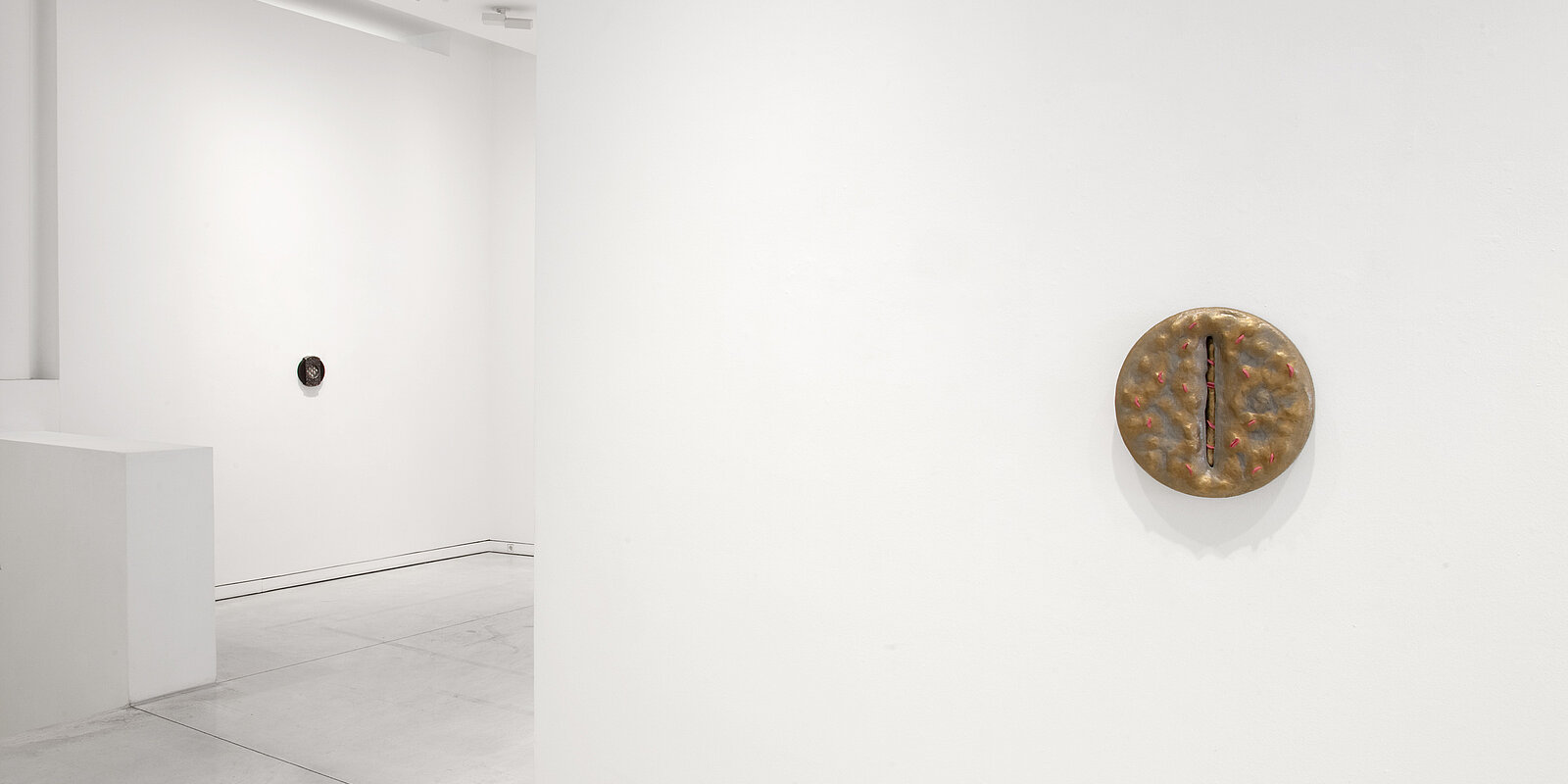 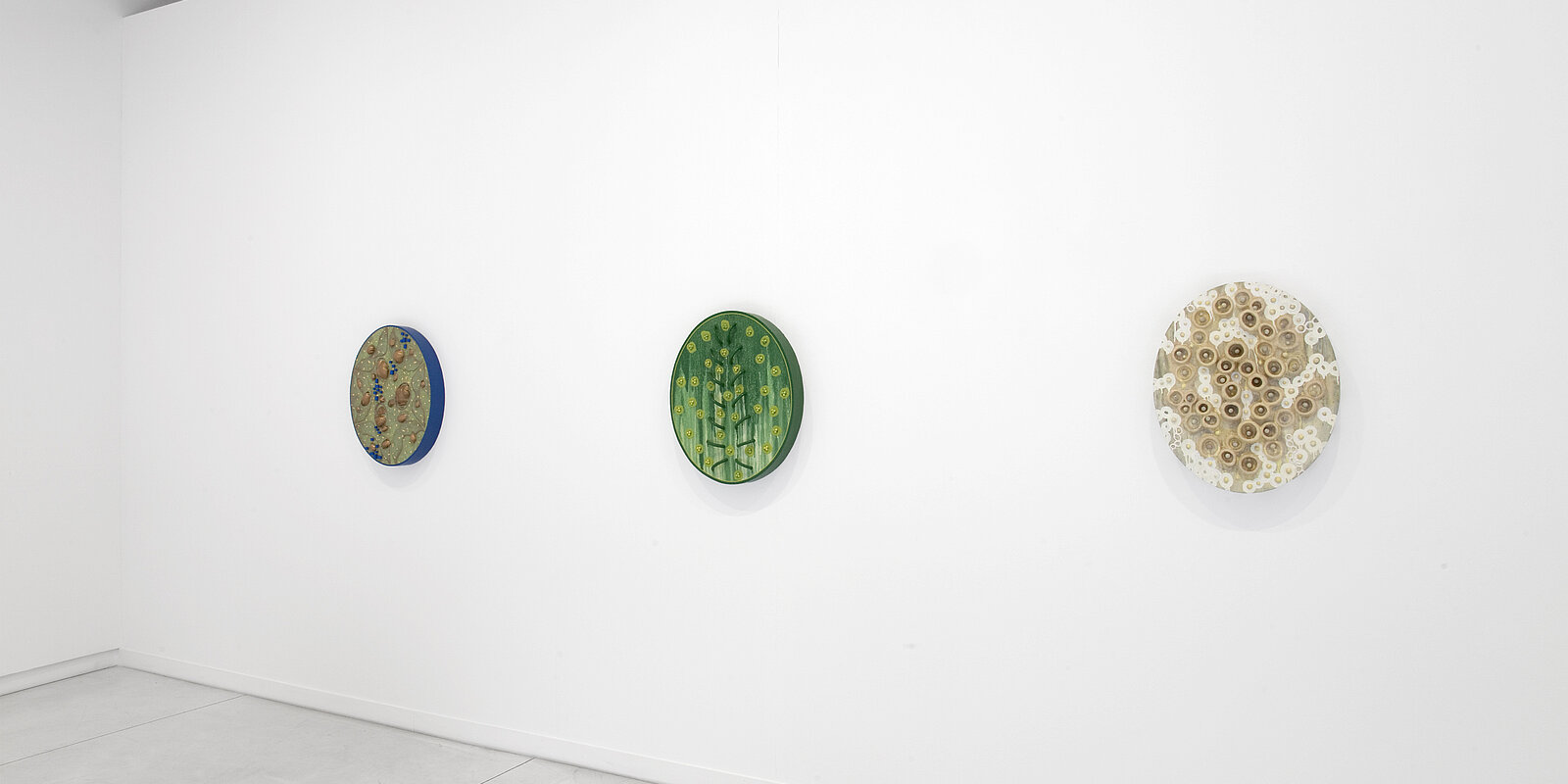 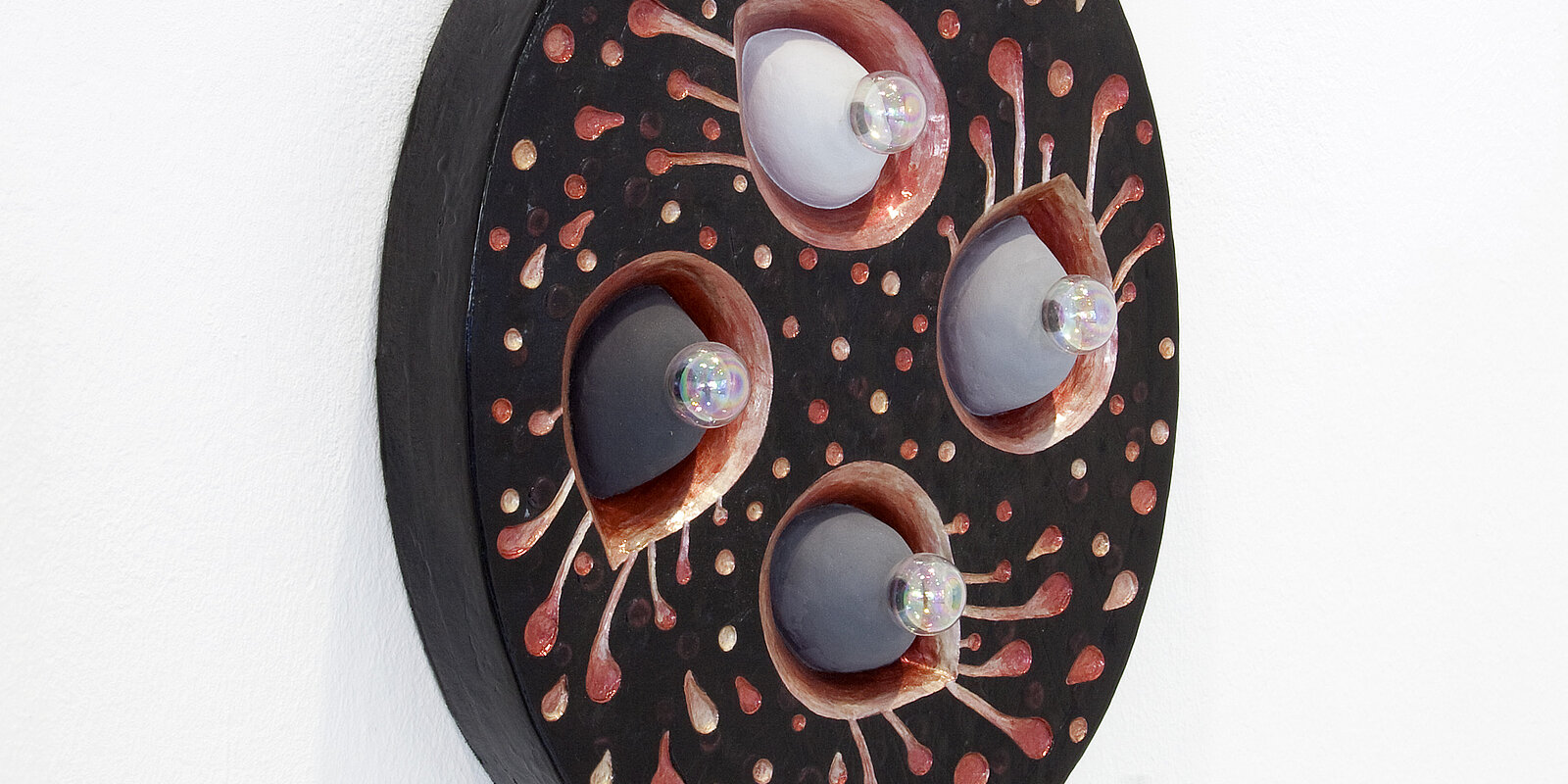