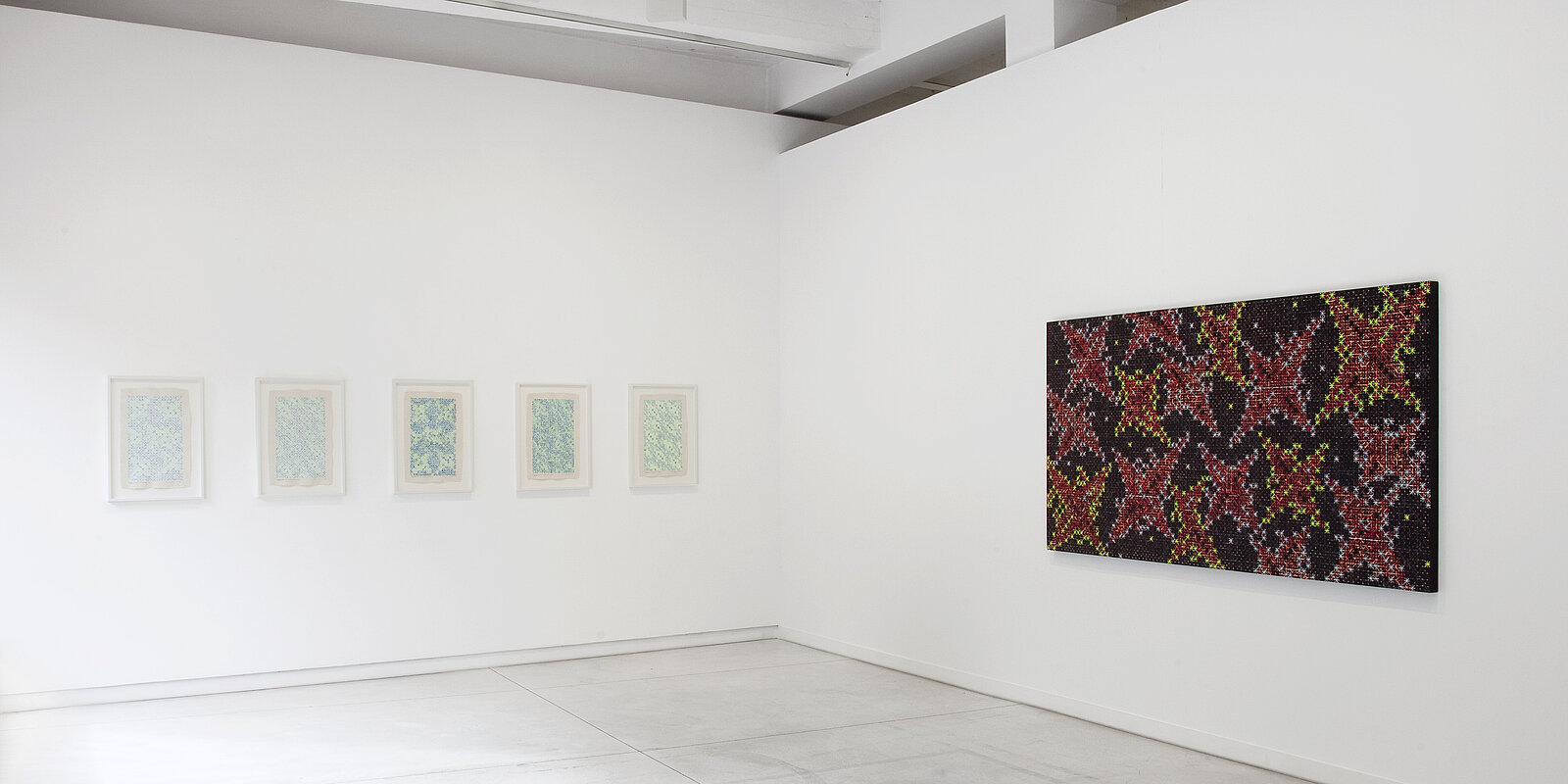 with an introduction by Magdalena Kröner, writer and art critic, 6 pm

with extended opening hours in the course of DC Open Galleries, September 4 - 6, 2020

To open the 2020 autumn season, Galerie Karsten Greve is delighted to present a solo exhibition featuring new work by Chinese artist Ding Yi in Cologne. Highlight is Ding Yi’s tenth exhibition staged in partnership with Galerie Karsten Greve. Twenty-seven new pieces on canvas, wood and handmade paper from the Appearance of Crosses series, created between 2012 and 2020, are on show. At first glance, the surface that is entirely covered with crosses appears as if it were a two-dimensional computer-generated, printed, woven, or stitched color composition. 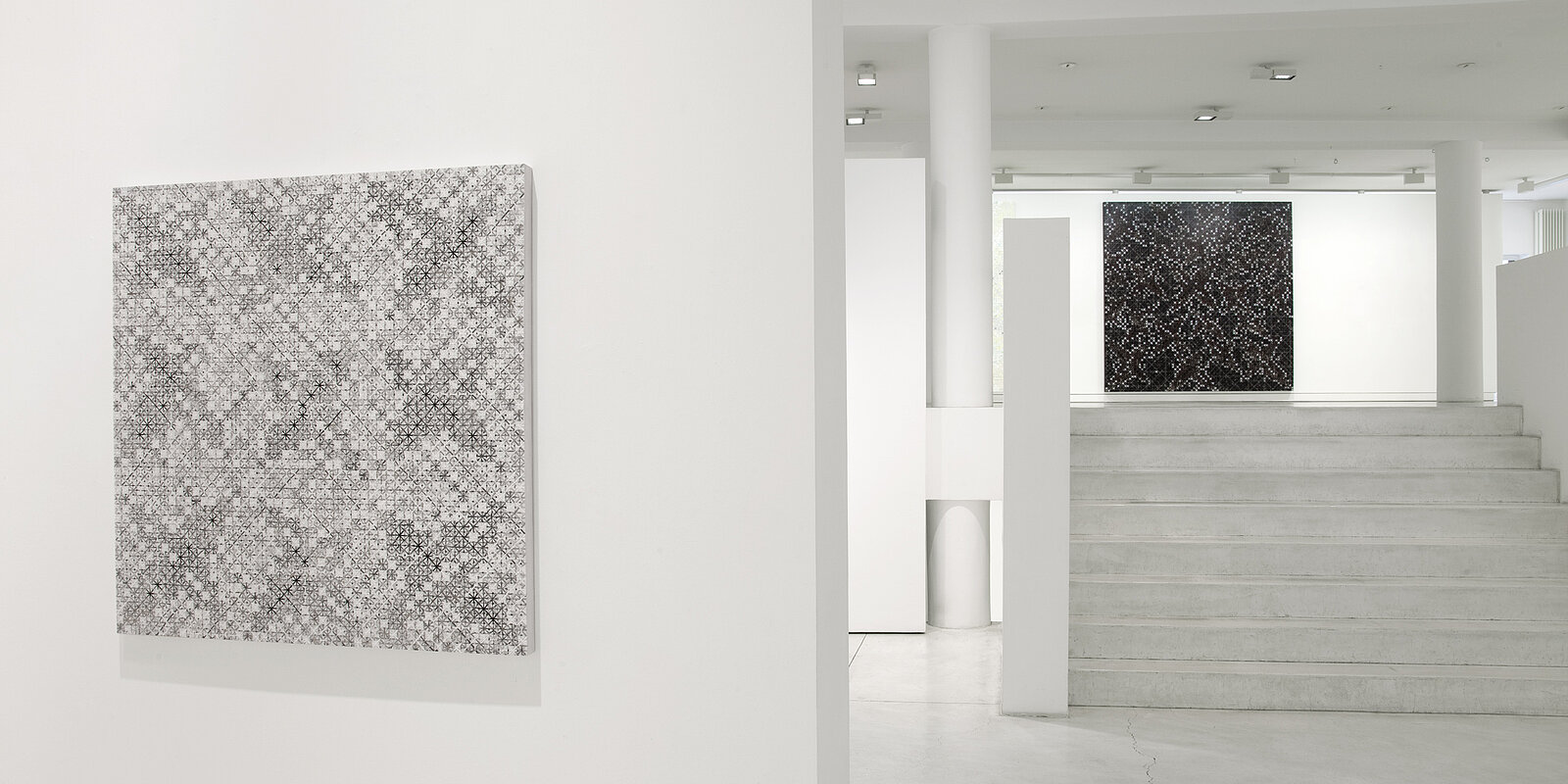 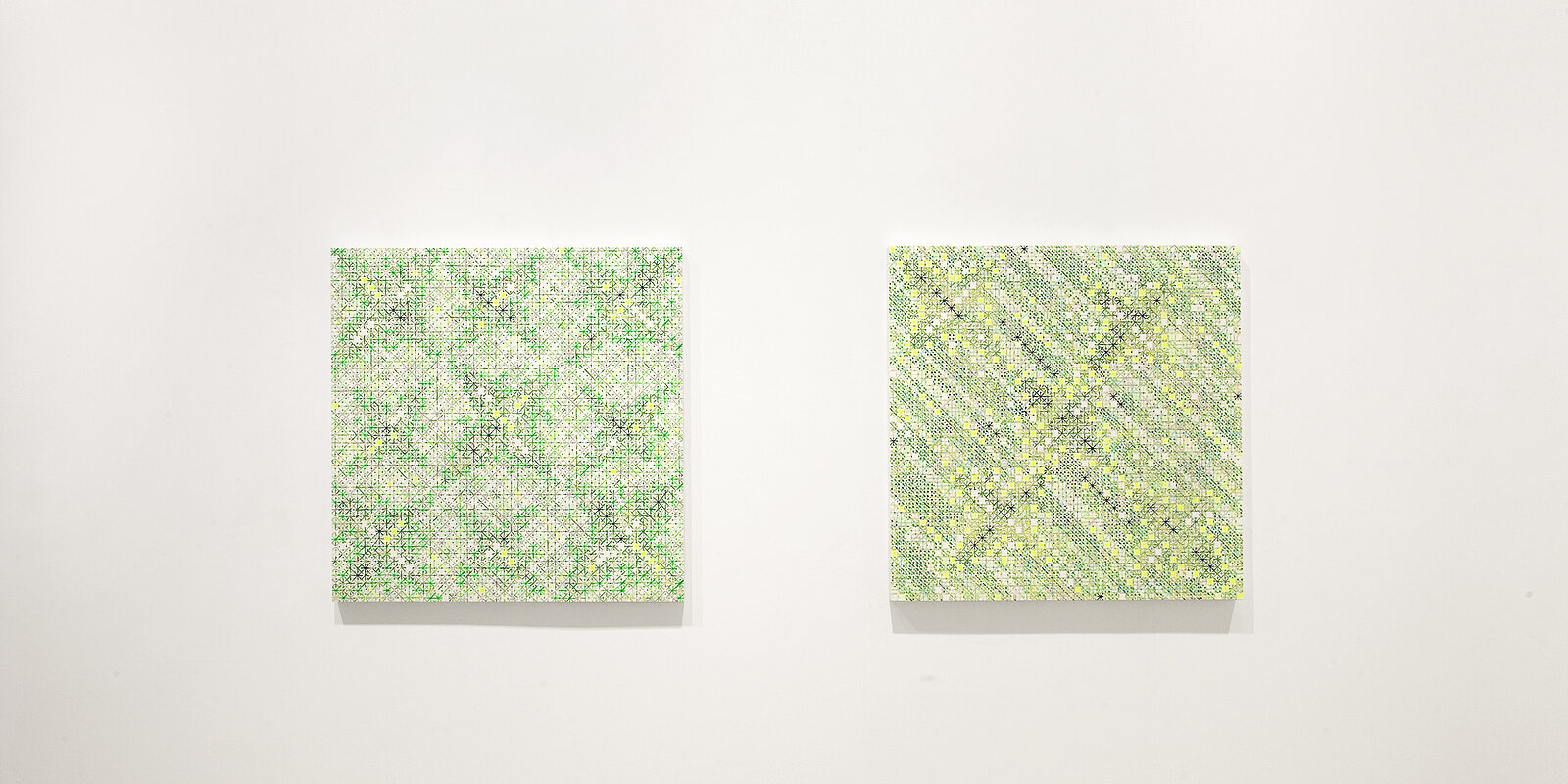 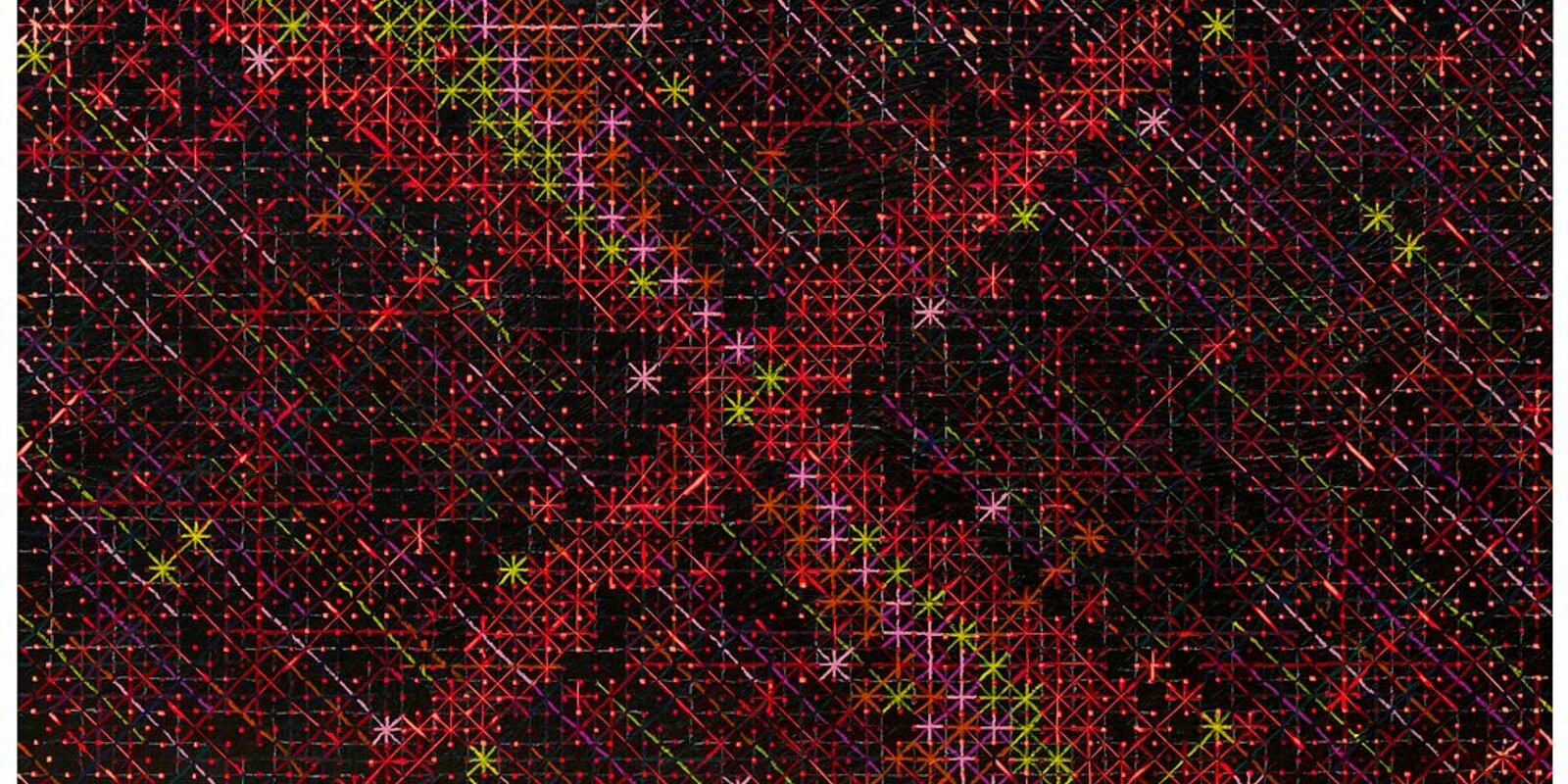 While other Chinese artists of his generation painted figuratively, Ding Yi, during the 1980s, made it his rule to methodically fill his picture surfaces with one single symbol: the cross. Since 1988, Ding Yi has concentrated exclusively in his painting on cross structures laid out in a grid formation, dominated alternatively by vertical, horizontal, or diagonal lines. The symbols + and x are the exclusive motifs of his art. Cross-shaped crop marks for the cutting lines in printing served as a direct source of inspiration for the artist. To begin with, he only painted crosses in one dimension neglecting perspective. From about 2000 onwards, Ding Yi has used stamps, neon color, glitter pigment, or tartan fabric as a pictorial ground. His paintings can be regarded as cartographies of nocturnal cities seen from a bird’s eye view – for instance, Shanghai from an airplane in landing approach. When looked at for a longer time, especially from either close up or further away, the works gain spatial depth based on the arrangement of the crosses and several superimposed picture planes.
In his latest pieces, we see Ding Yi explore the depiction of light from a worm’s eye view and his interest in the emergence of unfamiliar optical effects. The harsh contour plot of the pattern of crosses functions as a fluorescent aureole, and serves to express reflected light, gleaming light, or haloes. The demarcation lines of artificial incandescent colors come up against patterns of crosses to create striking contrasts, appearing like optical effects along the edges of clouds immersed in sunlight. These new patterns are an expression of both an unfathomable world perspective and Ding Yi’s self-awareness as an artist. 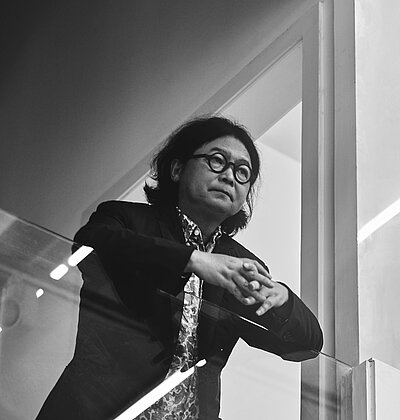